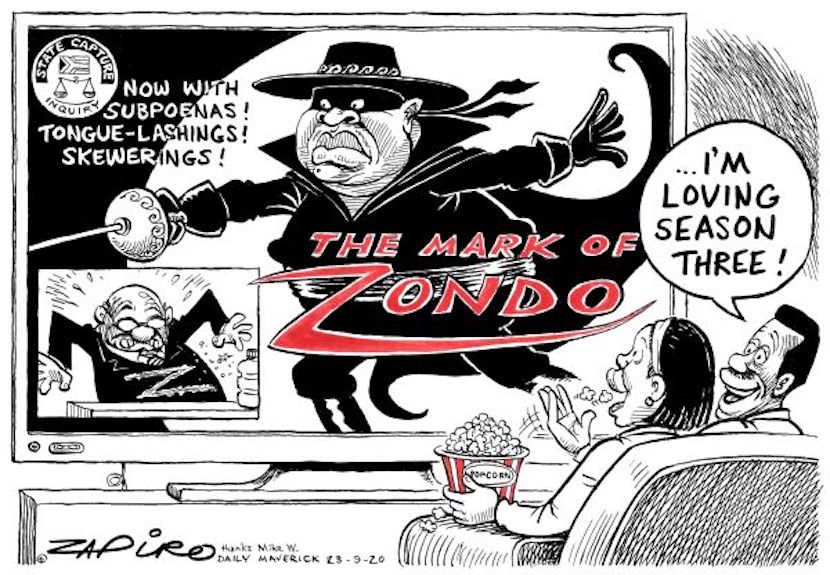 The DA is taking the ANC to court over the governing party’s evil policy of cadre deployment. In papers that will be lodged with the South Gauteng High Court this week, the DA will ask the court to compel the ANC to hand over complete records of all deliberations and decisions taken by the ANC cadre deployment committee since 1 January 2013 when current president Cyril Ramaphosa became its chairperson.

The DA has been left with no choice but to approach the court after the ANC earlier this year refused to comply with an application we submitted in terms of the Promotion of Access to Information Act (PAIA) to obtain these cadre deployment records. We also know these records exist because the ANC has previously indicated as much in their correspondence.

This court case is of seminal importance in the DA’s quest to build a capable state staffed by competent professionals.

For a quarter of a century, the ANC has used the evil policy of cadre deployment to circumvent the Constitution’s injunction, contained in section 197 (3), that no public servant may be favoured or prejudiced because they support a particular political party or cause. The DA has long held that the ANC’s cadre deployment committee unethically interferes with government appointment processes by conferring an unfair advantage on candidates who are deemed “loyal” to the ANC.

If we win this case and obtain unfettered access to the records of the ANC’s cadre deployment committee, the DA will finally be able to prove our argument and, in the process, hopefully kneecap the entire system of cadre deployment. Victory in this case has the potential to undermine one of the most evil policies that the ANC uses to promote its National Democratic Revolution at the direct expense of service delivery to South African citizens.

It is due to cadre deployment that utterly incompetent and corrupt officials have been systematically appointed to positions of power throughout the state. In return, they abuse their positions to funnel tenders and the proceeds of corruption back into the pockets of the party that has given itself the unconstitutional power to appoint them. It is this vicious cycle, with cadre deployment at its core, that has brought our state to its knees. The DA’s court case now gives us a chance to begin undoing the near-fatal damage it has inflicted upon our state.

This court application is also of fundamental importance to South Africa’s ongoing reckoning with state capture. With the brave exception of Barbara Hogan, every senior ANC official who has testified in front of the State Capture Commission so far – including Jacob Zuma, Gwede Mantashe, and Cyril Ramaphosa – has tried to deny the role played by cadre deployment in facilitating state capture.

During his testimony, Ramaphosa even explicitly stated that his cadre deployment committee “would not have dealt with” the appointments of, among others, Dudu Myeni, Brian Molefe, Siyabonga Gama, Phetolo Ramosebudi, Anoj Singh, Matshele Koko, Ben Ngubane, Arthur Fraser, Tom Moyane, Berning Ntlemeza, Shaun Abrahams, Iqbal Sharma, Mafika Mkhwanazi, as well as the boards of Denel, SAA, and PRASA.

Ramaphosa wants us to believe that despite being the chairperson of a committee that exists for the sole purpose of appointing ANC cadres to positions of power, he somehow had no knowledge whatsoever of these appointments.

The DA does not buy Ramaphosa’s fantastical denials for one second.

That is why, should we win this case, we will be cross-checking every single word of Zuma, Mantashe, and Ramaphosa’s testimony in front of judge Zondo against the hard evidence contained in the cadre deployment records. Needless to say, if Ramaphosa’s denials in front of judge Zondo that he was involved with or had any knowledge of the appointment of state capture looters is proven untrue by the ANC’s own cadre deployment records, Ramaphosa could be liable to prosecution for the crime of perjury.

The stakes could scarcely be higher.

At stake is the right of every South African to know how the decisions that were taken in the smoke-filled backrooms of Luthuli House while Ramaphosa was the chairperson of the deployment committee facilitated the collapse of our state and the theft of trillions of Rands. At stake is also the credibility of our country’s effort to deeply reckon with the true causes of state capture, and to interrogate the roles played by the people who are still in power today in driving our state to the very verge of collapse.

The DA looks forward to fighting this battle to the very end on behalf of every citizen who wants to see an end to corruption, state capture, and failed service delivery, and the rise of a capable state free from political interference that gets things done.