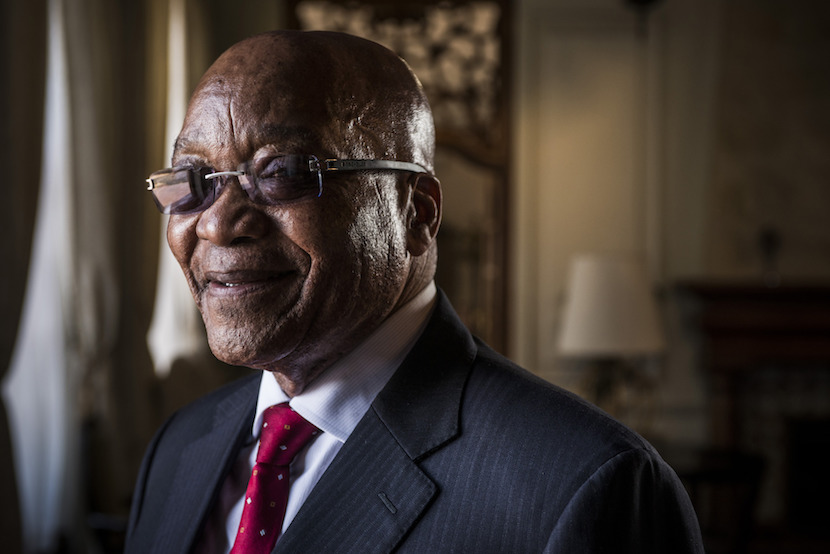 Former president Jacob Zuma claims that ‘foreign intelligence agencies’ may have interfered in his corruption prosecution.

In his ‘special plea’ challenging the right of prosecutor Billy Downer to try him for Arms Deal-related corruption and racketeering, Zuma claimed he had ‘come across information’ that former Scorpions boss Leonard McCarthy was an operative for America’s Central Intelligence Agency (CIA) and was handled by an agent called André Pienaar.

He said Pienaar, who he said was code-named Luciano, was responsible for getting McCarthy his job at the World Bank.

‘I fear that Mr Downer SC has covered up McCarthy’s despicable conduct in manipulating my trial for political and intelligence reasons,’ Zuma stated, adding that sources had provided information that McCarthy had regular and unlawful contact with foreign intelligence agencies ‘during his investigation of me’.

According to him, the Spy Tapes recordings that prompted then-acting National Prosecuting Authority boss Mokotedi Mpshe to unlawfully drop the corruption case against him in April 2009 ‘prove that McCarthy had received gifts from  America’s Central Intelligence Agency (CIA) and had discussed, without any authorisation to do so, my case’. These gifts, he later stated, were Christmas presents.

Zuma claimed Downer knew about McCarthy’s ‘criminal conduct which undoubtedly tainted the prosecution’ but did not refer to any specific evidence that proved this.