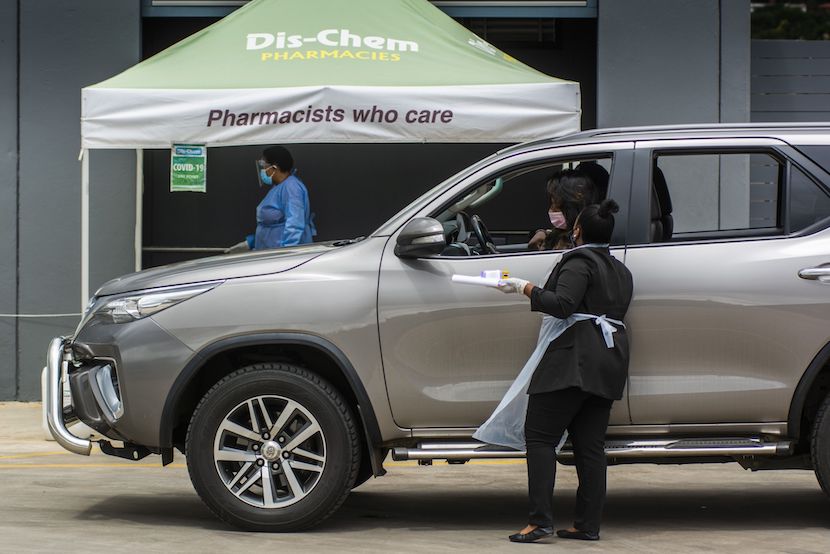 One in four South Africans lives in the province where Johannesburg, the country’s biggest city, and the capital Pretoria are located. On Tuesday, 67% of South Africa’s new coronavirus cases were in Gauteng, according to the National Institute of Communicable Diseases, while the number of regional hospitalisations has jumped by almost a third in the past week to more than 5,200.

Gauteng’s daily totals have soared by almost 38% over the same period, meaning the admission numbers will likely worsen. That would further ramp up the pressure on the supply of beds, oxygen and health workers.

“The issue is we have not reached the peak in terms of Gauteng,” Mvuyisi Mzukwa, vice chairman of the South Africa Medical Association, said in an interview. “It’s going to be a huge challenge and we might need to exhaust whatever we have – even to a point of using the military hospitals.” 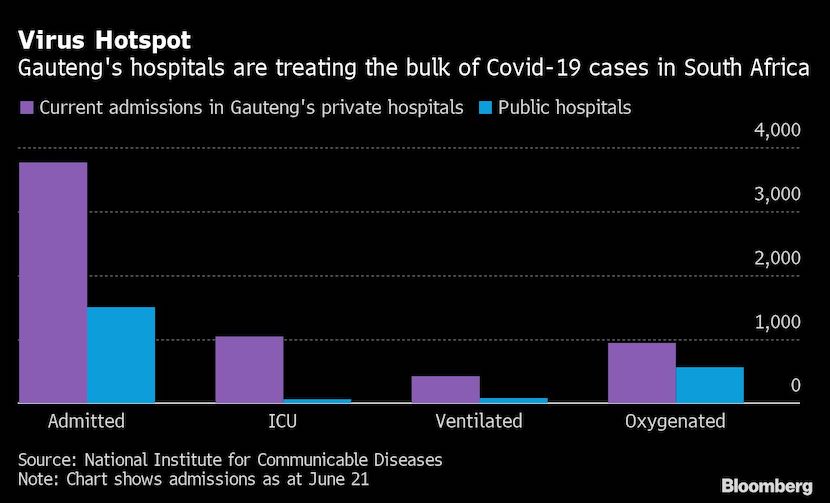 President Cyril Ramaphosa deployed military personnel in the province on Monday to help health-care workers conduct mass-screening and testing, while the Gauteng coronavirus command council will meet Tuesday to discuss the unprecedented surge, Premier David Makhura told reporters. The body is expected to consider more local restrictions to try and curb the spread of the disease, he said.

The pressure on Gauteng hospitals comes more than a year after South Africa lifted an initial hard lockdown intended to buy time to prepare for a looming health crisis. Since then, surges in July and across December-January have been countered with minimal restrictions, typically around curfews and the sale of alcohol, while rules on large gatherings and mask wearing are rarely enforced.

Meanwhile, the country’s vaccination rollout is at a nascent stage, with just 0.8% of the national population fully inoculated.

“When these Covid-19 waves pass you must have a moment of extracting lessons,” Mzukwa said. “I don’t honestly believe that since the first wave there have been lessons learnt by all these provincial departments. It’s not like we are caught off guard.”

The crisis in South Africa’s richest area has been exacerbated by a fire that led to the April closure of one of the province’s biggest hospitals, Charlotte Maxeke, in Johannesburg two months ago. A decision not to keep a 500-bed field hospital open in the south of the city is also adding to the shortage.

“There was supposed to be a certification from the city’s engineers in terms of assessing the safety of the building before it’s occupied,” Mzukwa said, when asked about Charlotte Maxeke. “We don’t understand why that has not yet been done.”