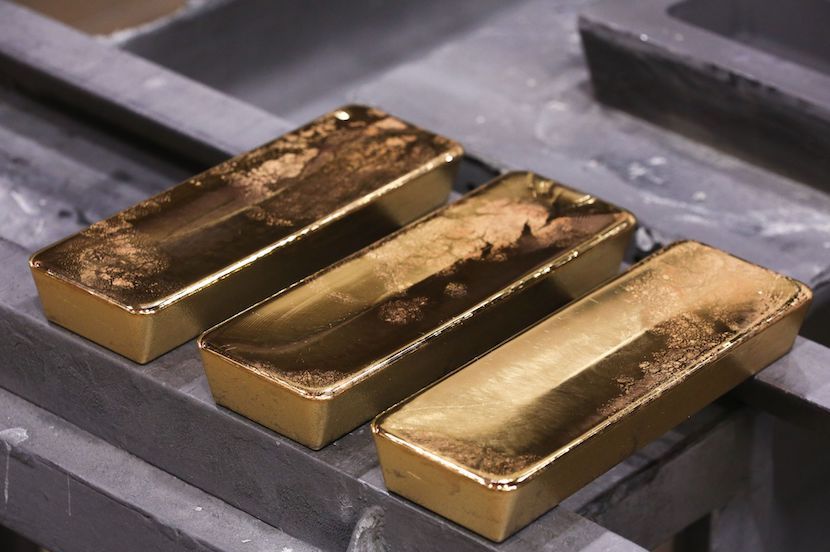 Calderon, a 61-year-old Colombian who once served as a junior minister in a government that fought drug lord Pablo Escobar, will join AngloGold on September 1. The Ivy League economist, who was in the running to become chief executive officer at BHP before the position went to Andrew Mackenzie, served as CEO of Melbourne-based explosives maker Orica until February.

AngloGold hasn’t had a permanent CEO since Kelvin Dushnisky’s abrupt departure last September after holding the position for just two years. The Johannesburg-based miner’s shares have underperformed peers in the past year as the CEO hunt dragged on and the company had to suspend operations at a mine in Ghana. While Calderon’s experience lies in industrial metals, coal and oil, his background may help AngloGold to advance its key expansion projects in Colombia.

“It’s not going to be easy, but I hope I can explain what a world class mining company like AngloGold can do,” Calderon said in a video interview, commenting on his task of getting the Colombian authorities to approve the miner’s Quebradona and Gramalote projects. “I think I have a good chance of persuading them.”

AngloGold’s shares climbed as much as 5.8% in Johannesburg, the most in seven weeks. That pared the stock’s losses over the past 12 months to 42%.

While AngloGold emerged from a mining empire created by Ernest Oppenheimer a century ago, it sold its remaining South African mine last year to focus on more profitable operations elsewhere in Africa, Australia and the Americas. The new CEO may face questions about whether the company could finally move its primary listing from Johannesburg – an idea that’s been bandied about for years.

“It’s not the immediate priority for me but it’s something that in due time the board and myself will consider again and give our views to the market,” Calderon said. 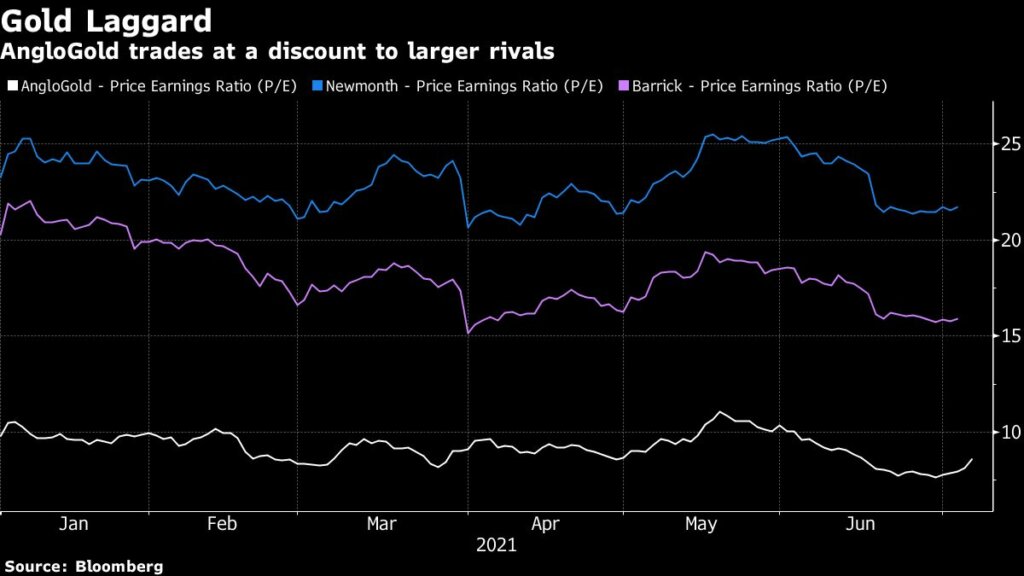 A potential London listing is among the options that Calderon will consider as he tries to close the discount at which AngloGold trades to larger rivals Newmont and Barrick Gold.

“If we can bring credibility back to our projects, be more predictable in our production and cost focus, if we are seen as the excellent operators that we are, I think we can bring a lot of that discount value back into this company and that’s my plan,” he said.

Calderon will take over from interim CEO Christine Ramon, who will return to her previous position as AngloGold’s chief financial officer. During her year at the helm, Ramon sketched out a plan to expand output at key operations in Tanzania, Ghana and Guinea, while potentially investing more than $2bn in two new mines in Colombia from 2022.

Calderon, who gained experience of South Africa during his time as head of BHP’s aluminium business, was CEO of both Cerrejon Coal Co. and Ecopetrol in his home country of Colombia. Prior to that, he held leadership positions at the International Monetary Fund.

“It’s an excellent appointment, and it removes uncertainties about the leadership crisis,” said Rene Hochreiter, an analyst at Noah Capital. In Colombia, “he can probably get things done better than say an American or South African,” he said.

Calderon’s six years at Orica coincided with a difficult period for the company. The explosives maker had to contend with a steep rise in the price of natural gas, it’s main input cost, and more recently Orica’s profits hit by the Covid-19 economic slowdown and China’s ban on Australian coal imports. Orica shares fell by more than a third during Calderon’s tenure.

AngloGold joined rivals in increasing its dividend after record gold prices boosted earnings last year, but producers have had to work hard to retain investor interest this year as bullion’s rally sputtered.

The new CEO must also get the company’s key Ghana mine back on track after underground operations at Obuasi were suspended in May following the death of a worker. That setback will curb output this year, just as the mine was ramping up following a $545m redevelopment.

“We have the right person to lead this company forward and realiae its outstanding potential, drawing on his huge leadership experience in the resources sector across a variety of geographies,” said AngloGold Chairman Maria Ramos said in the statement.