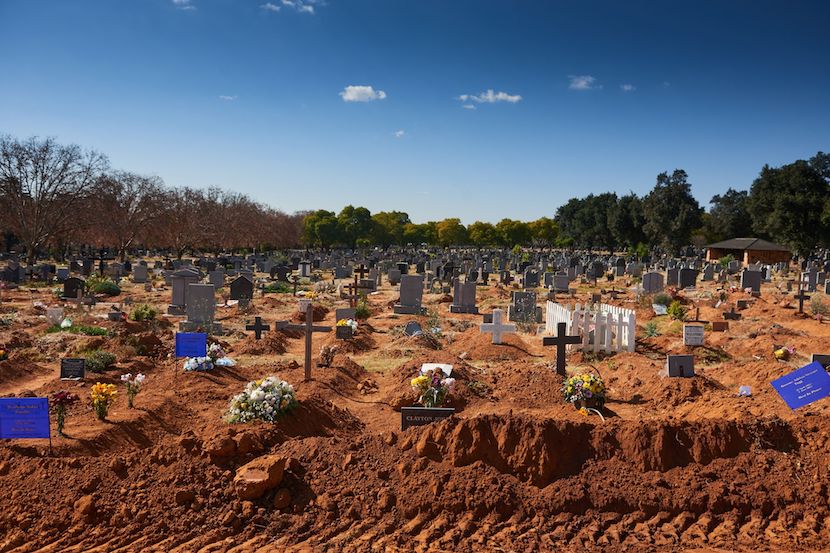 (Bloomberg) – South African life insurers settled claims worth R47.6 billion ($3.3 billion) in the year through March after the deaths of more than one million policyholders.

The death toll represents an increase of 309,733 from the same period a year earlier, the Association for Savings and Investment South Africa said in a statement on Tuesday. The statistics reflect claims from various types of life cover and funeral policies.

“These are staggering numbers and there is no doubt that Covid-19 has caused many of these additional deaths,” Hennie de Villiers, deputy chair of the Asisa’s Life and Risk Board Committee, said. “The hard lockdown conditions, curfews and alcohol bans would have reduced violent and accidental deaths.”

Africa’s most developed nation has also been the hardest hit by the pandemic, at least on record, reporting the highest number of infections. The country is currently contending with a lengthy third wave and a vaccination program that’s so far fully covered less than 15% of adults.

While the number of daily inoculations has increased since the government opened the program to all everyone over the age of 18, it is still projecting a fourth wave by December. Many of the country’s biggest life insurers have set aside additional reserves to manage the potential fallout.

Life insurers held free assets of R333.5 billion at the end of 2020, representing more than double the capital required by regulators, Asisa said.

“As an industry we expect the death claims statistics for the current financial year to tell a grim story as they will reflect the severity of the current Covid-19 third wave,” De Villiers said.

The latest data shows a 64% increase in the value of claims paid by the industry in the year to March. The value of benefits paid for individual life insurance policies rose the most when compared with other categories, while the largest increase in the number of death claims came from the funeral insurance segment, he said.

-With assistance from Renee Bonorchis.