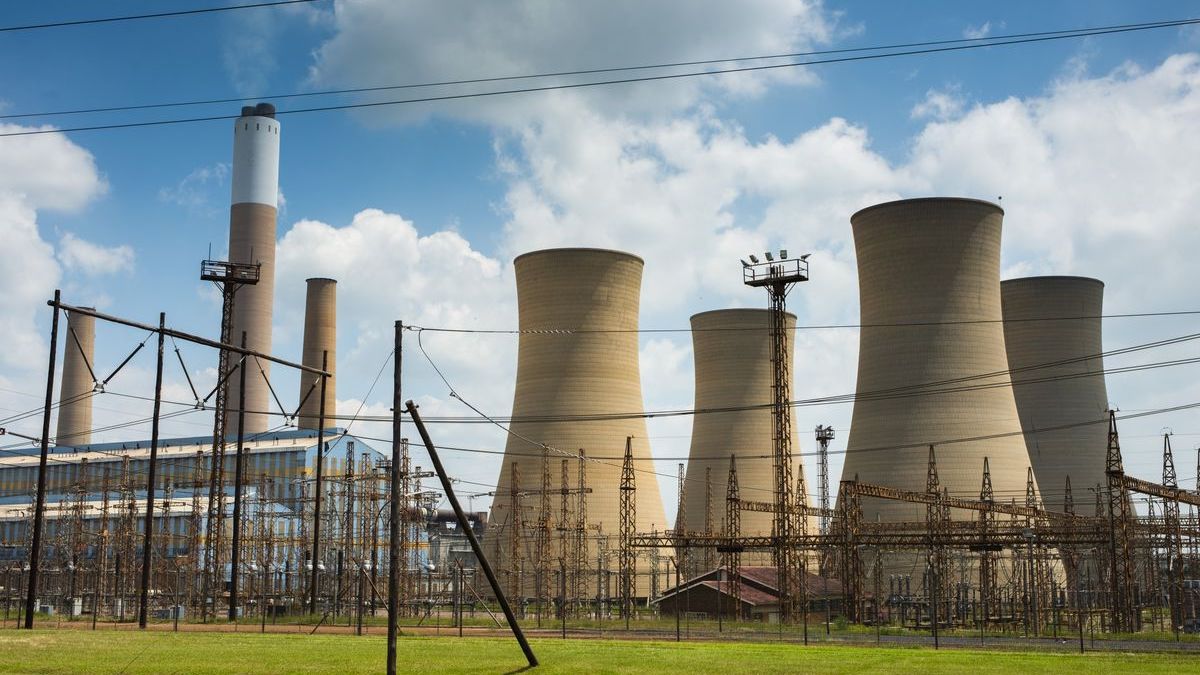 Two Canberra University academics – who argue that Eskom is the target of hybrid warfare operations aimed at destabilising South Africa’s national power generation – question whether the country has the necessary security capability to protect its energy infrastructure from such threats and risks. They believe that enhanced intelligence capacities are required to detect, deter and neutralise threats such as sabotage, or subversion caused by rioting, and that appropriately equipped security forces are needed to physically secure the critical infrastructure. The stretched nature of the country’s security agencies was laid bare during the violent riots in July 2021, and it is thus reasonable to question the capacity of the police and other security agencies to secure Eskom’s critical infrastructure and that of private power producers. This article was first published on The Conversation. – Sandra Laurence

South African president Cyril Ramaphosa recently outlined plans to solve the country’s devastating electricity supply crisis. But he didn’t mention the country’s ability to protect its energy infrastructure as a prerequisite to any solution.

Explaining some of the recent power cuts, Ramaphosa said that some of the energy infrastructure had been sabotaged.

We flagged this in an earlier article. We argued that Eskom was the target of hybrid warfare operations aimed at destabilising South Africa’s national power generation capability.

Enhanced intelligence capacities are required to detect, deter and neutralise threats such as sabotage, or subversion caused by rioting. More – and appropriately equipped – security forces are also needed to physically secure critical infrastructure. These could be privately or publicly funded.

Our view is that the country does not have what is required where and when it is needed. A comprehensive approach is needed – including managing security threats – to address its energy crisis. This requires collaboration between the state and private sector to implement the president’s long-term energy security vision.

South Africa is not the only country whose energy infrastructure is facing security threats. There are numerous examples of attacks on critical infrastructure. These are typically cyber-related. But physical attacks such as sabotage also occur.

The Institute for Security Studies argues that attacks on the critical infrastructure of developing countries, such as South Africa, could be “potentially devastating”. South Africa’s national security vulnerabilities, combined with the security risks to a monolithic state owned entity with no backup, could exacerbate the country’s power supply insecurities.

Cyber attacks on Eskom’s critical infrastructure could lead to severe damage. The result could be corresponding losses of generation capacity and damage to the economy.

National security vulnerabilities can be reduced by state security capabilities that are equal to the task. A Report of the Expert Panel into civil unrest in the country in July 2021 revealed serious capacity problems within the state security sector. The sector is mandated to forewarn government, and to protect critical infrastructure and the public against hybrid threats. These include terrorism, subversion, sabotage, espionage and organised crime.

compromised by factionalism, mismanagement and inefficiency.

The agency is South Africa’s primary authority tasked with protecting the country against such hybrid threats. Yet it is in a state of disrepair. This calls for the country to focus efforts on (at least) the capability to secure Eskom against obvious national security threats.

The importance of critical infrastructure

The protection of South Africa’s energy infrastructure falls within the remit of the new Critical Infrastructure Protection Act 8 of 2019. Such infrastructure is crucial for the effective functioning of the economy, national security and public safety.

Critical infrastructure consists of national assets that are viewed as having strategic importance. South Africa has plenty of critical infrastructure spread across its length and breadth – measuring about 1.219 million km². These include the Eskom energy grid – including power stations, sub-stations and transmission networks – dams, the banking system and oil storage. The sheer scale requires extensive security capabilities necessary for physical protection and monitoring threats.

Beyond physically securing this infrastructure, the state also needs to have the ability to detect, deter and neutralise threat actors. These are classical counterintelligence prerogatives. Failure on this front makes the country vulnerable to destabilisation.

The stretched nature of the country’s security agencies was laid bare during the violent riots in July 2021. It is thus reasonable to question the capacity of the police, and other security agencies, to secure Eskom’s critical infrastructure and that of private power producers.

In our view, all planning to develop and diversify the national power grid and energy supply should include enough resources to protect them. This requires cooperative planning between Eskom and the South African security sector (both state and private).

The exact role of the South African National Defence Force in providing security for critical infrastructure remains unclear. The National Key Points Act 1980, the Defence Act 2002 and the Critical Infrastructure Protection Act 8 of 2019 are not explicit on the issue.

The protection of critical infrastructure has been assigned to the South African Police Service, with the defence force supporting it. Given that the defence budget has been shrinking annually, the military will probably not be able to sustain this.

With the private sector playing an increased role in the energy sector, South Africa needs to develop dedicated private security capacities to protect its critical infrastructure. At the very least, it should adopt a mixed public-private security model akin to the police service’s community policing concept.

The president’s energy vision envisages a much larger private industrial capacity. If left unsecured, such capacity would be just as vulnerable to sabotage as the current Eskom infrastructure is. It is time the country took stock of its security requirements in the same way it has started being serious about its energy vulnerabilities.

There’s also the question of whether the penalties prescribed by law are fit to deter sabotage.

The hybrid nature of threats to the country’s infrastructure can only be solved by an integrated solution. That requires, firstly, clarity about mandates as well as state security capabilities.

Lastly, public-private security partnerships must be established to bolster the security of the country’s electricity infrastructure.