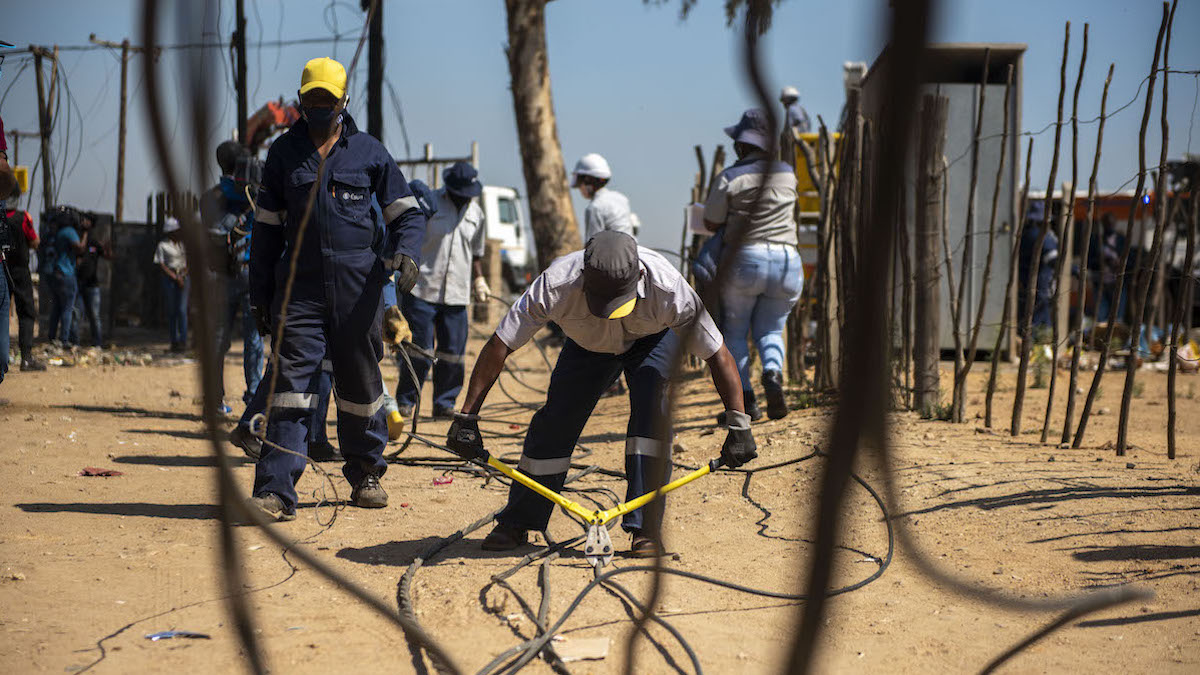 Not only does Eskom have to deal with poor coal quality, demineralised water shortages, turbine and condenser tube leaks. Now its senior manager for maintenance says it is also struggling to supply enough transformers to replace damaged substations – as well as battling the human element. “Access to our offices is often blockaded, employees are sometimes assaulted, intimidated and in extreme situations, held hostage by some community members,” said Mashangu Xivambu. Due to ongoing protests over wages, considered illegal because electricity is an essential service, power outages implemented to protect the grid from total collapse have had to be extended in order for the utility to build up emergency reserves. It seems the problems being experienced by our national electricity provider are more complex than merely old and under-maintained power stations. First published on MyBroadBand. – Sandra Laurence

Eskom warns it is running out of spares to fix substations

Electricity equipment failures that occur when power is restored after load-shedding in Gauteng are putting further strain on South Africa’s power utility due to limited stock levels of mini-substations and transformers.

Eskom said it had replaced or repaired 116 damaged substations and 1,326 transformers, costing the power utility R152 million. It also said its stock levels are dwindling because of an excessive number of these components failing.

“Eskom is experiencing challenges with limited stock levels of mini-substations and transformers because of a recorded exponential number of failed electricity equipment due to network overloading,” the power utility said.

Eskom’s senior manager for maintenance and operations in Gauteng, Mashangu Xivambu, explained that despite the challenges, manufacturers have committed to prioritising Eskom as they understand the impact on the country’s economy.

The power utility explained that several factors contribute to network overloading, including illegal connections, meter bypassing and tampering, unauthorised operations on the network, and infrastructure vandalism and theft.

Eskom noted that these activities are constantly on the rise, making it difficult for the utility to keep up with demand.

“Adding to the delays, which is a major concern to the Eskom management, are the frequent and increased number of incidents of road closures and protests which delay entry into areas where work needs to be conducted,” it added.

“Access to our offices is often blockaded, employees are sometimes assaulted, intimidated and in extreme situations, held hostage by some community members,” he said.

“This harassment and intimidation is also being experienced by our employees while driving and operating in the field across the province.”

He added that Eskom prioritised the safety of its employees and, as a result, is forced to withdraw its services in areas where their safety is compromised.