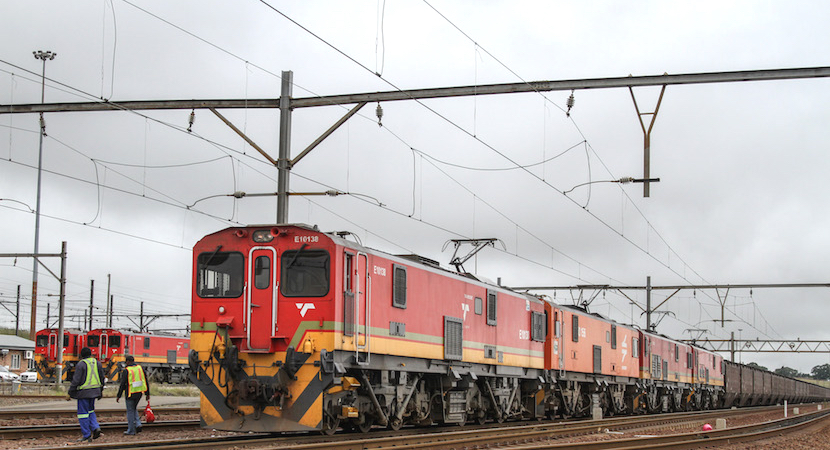 South Africa’s freight rail operator has failed to finalize an agreement with a Chinese supplier of locomotives that would have helped it to repair wagons, get equipment and boost capacity on its lines.

State-owned Transnet SOC Ltd. said in a statement it has reached an “impasse” with a local unit of CRRC Corp., which has been unwilling to engage with South African authorities. The beleaguered freight company plans to open a tender asking any “eligible original equipment manufacturer to step-in to rehabilitate the non-operational Chinese locomotives,” it said in the statement on Thursday.

Miners including Thungela Resources Ltd., the country’s largest exporter of coal burned in power stations, haven’t been able to ramp up sales because of rail bottlenecks. Transnet doesn’t have enough railway wagons and is often hit by sabotage and theft. The move to find new suppliers may help it salvage some of the locomotives it bought from CRRC but are now idled due to lack of spare parts.

Transnet had reached a definitive agreement with the Chinese supplier in November, which would have resulted in CRRC refurbishing 161 locomotives, repay some funds and deliver the remaining 99 locomotives at an adjusted price.

The locomotives are key to boosting capacity on Transnet’s north, north-east and Cape Corridors, it said. Companies including Thungela, Exxaro Resources Ltd. and other coal producers have resorted to using trucks to move their produce from vast inland fields in the eastern Mpumalanga province to ports.

The Chinese company needs to normalize its relationship with the South African Revenue Service and the central bank to operate in the country, Transnet said.

Transnet has had a rocky relationship with CRRC. When the South African company sought to cancel a 54 billion rand ($3.2 billion) deal to buy as many as 1,064 locomotives from the Chinese firm and two other suppliers, CRRC hit back by withholding spare parts, forcing Transnet to withdraw more than 300 locomotives from service