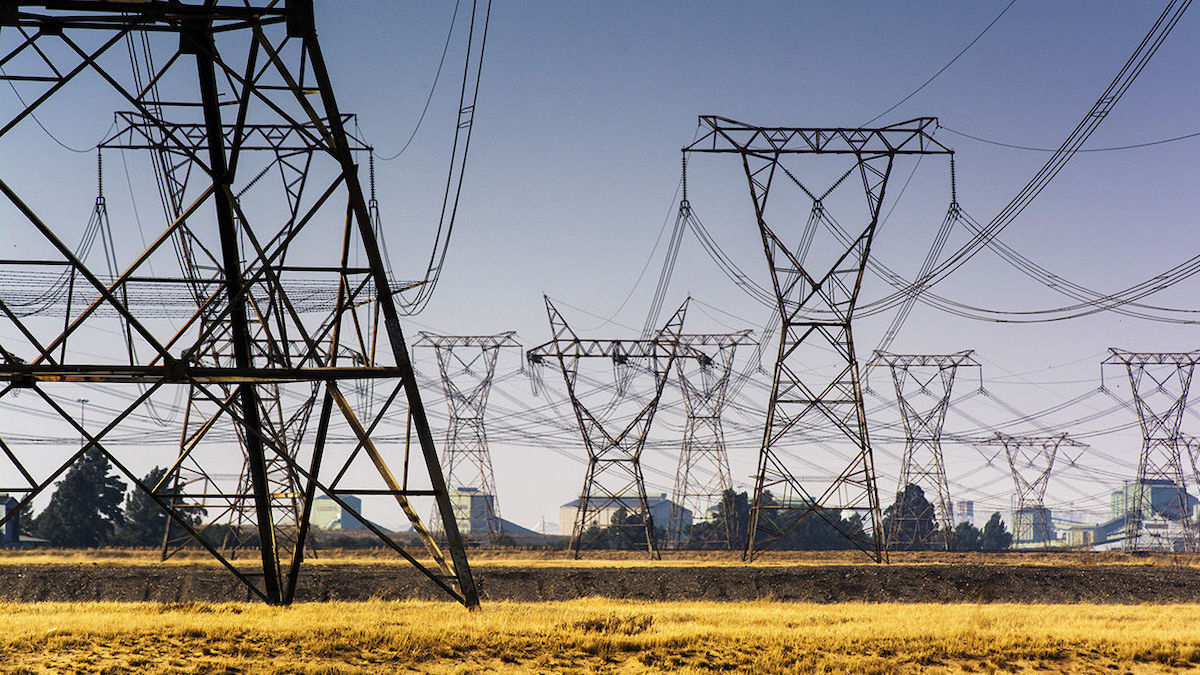 Without turning around the two largest public enterprises, Eskom and Transnet, not much can be done to boost our growth rate or halt South Africa’s decline, writes Jonathan Katzenellenbogen for the Daily Friend. So long as hours of power outages rise, and bottlenecks on rail lines and ports continue, our growth will face tightening constraints. Many private companies and households manage by using generators and solar inverters. But any large factory or mine must have power, and if they export or import, they need reliable access to a port. The country has no case to put to international investors when there is no short-term solution to Eskom‘s or Transnet’s problems. – Sandra Laurence

Eskom and Transnet: millstones around the neck of the economy

Don’t look to this afternoon’s presentation to Parliament of the Medium-term Budget Policy Statement, which covers the next three years, for a path to economic recovery. The government has no resources for a growth budget.

In its plans, the Treasury cannot go against the headwinds of the global recession and the forces of internal economic implosion to bring about an economic recovery. All it can really do is to try and stabilise our worsening government finances by borrowing less and cutting spending.

Without turning around the two largest and most critical public enterprises, Eskom and Transnet, there is not much that can be done to boost our growth rate or halt our decline. So long as hours of power outages rise and bottlenecks on rail lines and at ports continue, our growth will face tightening constraints.

Many private companies and households can manage by making sure that they have sufficient power. But any large factory or mine must have power, and if they export or import, they need reliable access to a port. The country has no case to put to international investors when there is no short-term solution to Eskom’s problems and Transnet is unreliable.

Eskom is the monopoly power producer and Transnet runs the ports and rail services for freight. The economy cannot escape the orbits of these two points of failure. And to turn around these entities will require massive investment that dwarfs our gross domestic product. And before borrowing, these state enterprises will have to undergo difficult reforms including downsizing, a cut in staff numbers and regulatory changes.

Under present circumstances, there is no way that South Africa could possibly raise the finance to invest massively in new power stations and upgrade rail systems and ports. That is fundamentally why, at present, even our medium- to longer-term economic prospects cannot be anything but bleak.

Meanwhile, the state has to continually bail out these two failing entities. When Finance Minister Enoch Godongwana speaks in Parliament this afternoon, he is expected to give details of the amount Eskom will receive. And then next year the Minister is expected to give Transnet a bailout.

Eskom wants the state to take R200 billion of debt off its balance sheet so it can reduce debt service and give it breathing room to spend additional amounts on operations and maintenance, and support a bloated workforce. Some time ago the World Bank said that Eskom’s workforce should be cut by as much as two thirds. Nearly 70 percent of Transnet’s operating costs are salaries, which were recently increased for some workers after strike action.

Most of Eskom’s debt is guaranteed by the state, so it could be argued that it is best that the government does not have to meet its obligations when and if the country’s largest public enterprise actually defaults. But the shift of the debt to the government means that the state directly takes on more debt. That means a further significant increase in debt service, which for some time has been the fastest-growing budget item. That means a larger government budget deficit, higher borrowing costs, and less to spend on priorities such as health care and education.

The wider negative economic impact of Eskom and Transnet is of growing concern to the credit rating agencies and the International Monetary Fund (IMF). In a statement after a staff visit a few months ago, the IMF said:

“The operations, finances, and governance of Eskom and Transnet need to be improved decisively and quickly. Any solution to Eskom’s debt problem must be preceded and accompanied by concrete and credible actions to downsize the company’s balance sheet and restore its commercial viability. These include efforts to cut costs and collect arrears, as well as a more predictable tariff-setting mechanism. Otherwise, Eskom will continue relying on government support and remain a constraint to economic growth and a threat to the sustainability of the public finances. Transnet needs to restore the operational capacity oEskom has said that the country requires 50 000MW of additional generation capacity over the next 13 years. There is no way that Eskom will be able to borrow the amount required to go ahead with an expansion programme of this size. It is unable to prove to potential lenders that it has the managerial capacity to complete the projects. If the government does not allow the private sector to build, own, and operate power stations of the size required to achieve the 50 000 MW goal, our power cuts will become increasingly severe.

Transnet is also a disaster area. Busisiwe Mavuso, Executive Director of Business Leadership South Africa, the body that represents the country’s largest companies, recently pointed out that, “Transnet ports have some of the highest costs and longest lead times, rendering them among the most inefficient among major emerging market ports globally.”

Last year a cyberattack resulted in Transnet declaring force majeure at a number of its container terminals. Earlier this month a week-long strike prevented the transport of an estimated R65 billion worth in goods. The strike has caused untold economic damage, and a return to normality might only return in the new year, say the freight forwarders.

Last year’s commodity price boom allowed the country to generate strong export earnings and a rise in tax revenue for the Treasury. Had Transnet been better managed, the country could have earned considerably more.

Transnet has said it wants the private sector to invest R100 billion in transport projects. But there is substantial risk here. What if strikes and bottlenecks continue in the system? A backlog in terminals could easily feed into other areas of the transportation network and threaten the revenue of privately owned investment projects.

Government continues to approach the twin crises at Eskom and Transnet in a piecemeal manner, when it should be decisive and urgent. It just does not seem to get it that these disasters pose an almost existential threat to our economy.