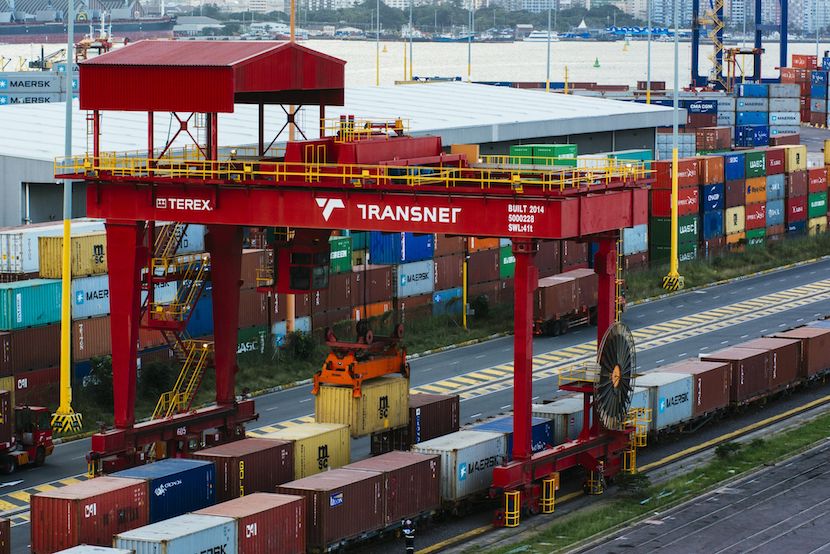 DA MP Ghaleb Cachalia says the continued poor performance by the state-owned rail and port operator has crippled the country’s ability to deliver services. The DA supports the call by the Minerals Council of South Africa to remove Portia Derby from her position as CEO of Transnet.

Her inefficiency has been palpable. Derby is yet another high level cadre deployee, whose leadership has continued to run the state-owned entity into the ground. Moreover, the recent statement by the minister responsible for the entity, Pravin Gordhan, to the portfolio committee for Public Enterprises that Transnet was showing ‘green shoots of progress’ was tantamount to misleading parliament.

The entity is in fact close to liquidation according to reports in the media.

The continued poor performance by the state-owned rail and port operator has crippled the country’s ability to deliver services. Under Derby’s leadership Transnet saw an 11-day wage strike in October which almost brought the country to a standstill; our ports remain in a parlous state and the rail infrastructure is all but depleted.

It is time for government to appoint qualified, accountable leadership to SOEs. If not, the joint nightmare of Eskom and Transnet will bury this country. More specifically, both sectors need to be thrown open to the private sector in the face of this patent failure of the state to deliver public goods and services.

Currently Transnet falls under the Minister of Public Enterprises which also deals with the failing Eskom. This makes for slow decision-making, ineffective administration and poor accountability when it comes to both entities. As such, the DA renews the call for all rail-related passenger and freight services to be the direct responsibility of the Minister of Transport, with a clear and unequivocal mandate to privatise as soon as possible.

If privatisation were taken seriously, only the base infrastructure would sit in the hands of Transnet – rail tracks and the like – allowing private enterprise to provide what the Minerals Council and other exporters have been calling for over a long period. The time is now.