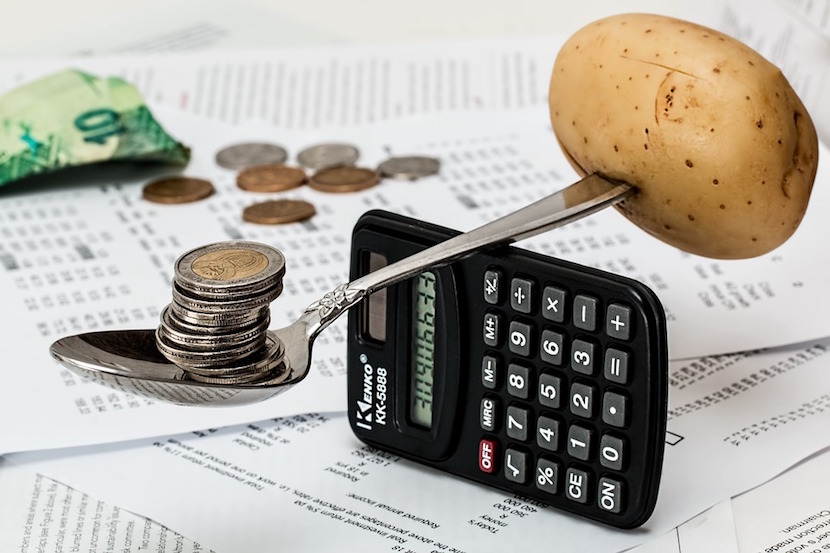 This story is about thinking outside the box in a way that Finance Minister Tito Mboweni seriously needs to consider before delivering his budget. The author, a veteran professional valuer, turns the current land expropriation debate on its head in a way that he believes will help deliver us from our current fiscal purgatory. Taxing the small and shrinking tax base, which conveniently lies mostly among those least likely to vote for the ANC (if you exclude those who effectively stole billions of tax rands during the Zuptoid years), is certainly more likely and politically convenient than increasing VAT. Politics and staying in power have always trumped economics, though we’ve reached a stage in South Africa where one has to risk the other to prevent an eventual Zimbabwe-like meltdown. An erstwhile colleague calculates that he pays almost as much in VAT as he earns, which if true, emphasises how much harder this tax hits lower income groups. So alternative solutions are sorely needed. This suggestion has an added attractive twist; it’s in line with the Constitution – certainly more so than other measures already taken. Desperate times don’t necessarily call for desperate measures; just rational and imaginative thinking based on pragmatic economics. – Chris Bateman

Every day it is as if a bomb blast kills a hundred South Africans in the rusty corrugated iron suburbs. Fifty die from preventable diseases of tuberculosis, low birth weight and protein malnutrition. And there are fifty murders.

This mayhem is state sponsored. For in a rare constitutionally compliant statement in your 2018 MTBPS, you acknowledged that the root cause of poverty lies in taxing people for what they do on the land not where it is. You demonstrated how an absence of land taxes increases land prices in contravention of the constitution’s section 25.5. And showed how income taxes and vat unnecessarily increases the cost of goods and services contravening section 228.

Calculations of these “inefficiencies” shows that in your 2019/20 budget the R1.1trn of income taxes and vat increased the average cost of living of 17 million households by ±R65,000pa. Because of these taxes, running at 28% of GDP, things cost R128 after tax (R15 being vat) when they could have cost R100 before tax.

And if the R1.1trn income taxes and vat was funded entirely from land taxes, then rates and taxes user-charges would need to increase thirteen times. The cost of unused land (of which some 27 million hectares are arable) will then become an affordable rent at each and every income category, averaging R750pm per hectare. This complies with both section 228 and 25.5 of the constitution:

“228 (2) The power of a provincial (and ipso facto national) legislature to impose taxes, levies, duties and surcharges (a) may not be exercised in a way that materially and unreasonably prejudices national economic policies.”

“25.5 The state must take reasonable legislative and other measures, within its available resources, to foster conditions which enable citizens to gain access to land on an equitable basis.”

Your other constitutional blind spot is that only users of roads and other infrastructure need pay for such works; not landowners, the non-paying beneficiaries. ABSA calculated that from 1994 to 2014 vacant residential land prices rose seventeen times in average suburbs like Southfield. CPI increased three times in the same period.

A more serious Constitutional anomaly is that landowners do not actually pay taxes but merely advance cash to SARS and then await for land prices to rise in recompense. And “wait for” is the operative word for land prices do not rely on any work or investment by owners. But on nature, state spending on infrastructure and services and population increases.

Nevertheless the move back to land rent revenues from income taxes and vat is welcome. Ministers and officials who stand in the way will be punished for violating the Constitution. And anyway perpetual rental tenures have a fine pedigree:

South Africa’s land rent tenures ended in 1914. Under directions from Whitehall, all state revenue throughout the British Empire was then changed to taxes on what citizens did on the land, not where it was. In removing taxes on land rents, land prices soared.

One major consequence is that when the single land tax captures all unearned land rents, the inevitable compensation is that citizens are freed of all taxes on their hard-earned wages, salaries, interest, profits, dividends, capital gains and consumption. This will accelerate GDP growth and end the jobless and landless proletarian condition as local and foreign investors pile into these tax havens.

Ignoring the oil states, the IMF calculated that in 2018 Singapore and Hong Kong citizens (with the lowest income taxes and vat) were amongst the five richest in terms of GDP per capita per purchase price parity. They were seven times wealthier than South Africans who came 89th out of 185 countries.  This was in spite of South Africa having substantial mining and agricultural sectors which Hong Kong and Singapore lack. The IMF ranked all three as being equally poor in the 1960’s. In Hong Kong all the land is leased from China.

And it is not that Chinese individuals are seven times stronger or more skilled at making fireworks, umbrellas or chop sticks, but foreign direct investors swamp these tax havens with the necessary equipment and machines to enhance production.

And though people claim “paying good money for land” the cost (p/e ratio) of raw land is a mere sixteen years of rent paid in advance. This is an infinitesimal fraction of the replacement cost of land.

The economic fruits which will flow from the changes to a South African Constitutional tax haven can be summarised as:

This money is not the dreaded and un-targeted quantitative easing. It is to strengthen the balance sheet of a vital SOE in a dire condition. Not settling these debts puts the entire economy at risk.

Such “customary” powers, including the creation of sovereign money, are widely performed by central banks. This is how Ben Bernanke, who chaired the USA Federal Reserve put it when he became known as “Helicopter Ben” in 2002.

“The US government has the technology, called a printing press (or, today, its electronic equivalent), that allows it to produce as many U.S. dollars as it wishes at essentially no cost…”

These acquisitions are of new physical assets which create thousands of construction jobs and shrink waiting lists. The residents must pay market rents.

So the question is not so much is this constitutionally permissable but who will contest the use of printing presses when the advantages are so tangible and the Constitution demands that citizens have decent housing?

Sovereign funds are not needed to fund a BIG. It is estimated that the R514bn pa needed will come from ±R170bn pa savings in those departments such as Trade and Industry which presently spend taxes to mitigate the damage which income taxes and vat impose. In addition there will likely be an increase of ±R345bn pa in after-tax land rents resulting from the 28% increase in GDP and because land rents will rise to before-tax levels

Villagers, especially youths, can make ±R12,000 pm in thirty hours work per week on these starter farms.  In five years they can control assets worth R1m.