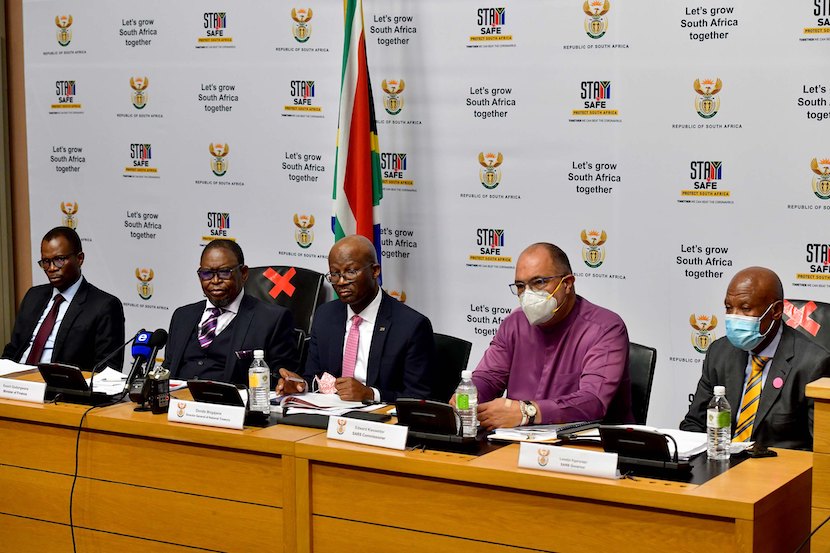 Hard-hitting investment strategist Magnus Heystek gave his insight into Enoch Godongwana’s first budget speech as finance minister. On a high-level basis, Heystek gives the finance minister the thumbs up. This doesn’t mean Heystek doesn’t have his doubts; as we’ve come to expect from the ruling party, promises are rarely delivered. The tax windfall was primarily a result of the commodity boom and the profits realised from the mining sector. The sustainability of these profits must be questioned, given the volatile nature of commodity prices. Eskom’s financial position has stabilised somewhat, despite an unsustainable debt burden that requires further action. All in all, it seems we are in a better position than we were a year ago. Yes, that’s coming off a low base but we are in the foundation phase of building economic prosperity in this country. The indicators seem to be turning, however slowly. Now is the time we need Treasury and government to deliver on their promises. – Justin Rowe-Roberts

Magnus Heystek on his impression of Enoch Godongwana’s budget speech

It’s like a new Springbok flyhalf who is playing his first game; the whole world is watching his moves and what he’s going to do. I got the impression he was a little bit nervous at the start (Enoch). He was jumping around but then he got into his rhythm. It wasn’t a bad speech. Let’s be fair, it was a neutral speech that came across well with a bit of humour here and there. It wasn’t too bad but it’s early days. I must tell you that. As Gary player always used to say, ‘luck counts’. The new minister of finance came into the position with a tremendous amount of luck … during a commodity boom. We’ve spoken about this before on BizNews. Going back a year, I said ‘South Africa, the lucky country’, and suddenly there is this enormous commodity cycle bringing with it an economic and tax windfall of anything between R180bn and R200bn. That changes everything. Any minister of finance would love to go into a budget speech knowing there’s an extra R182bn in the bank; he comes across as being very generous. He’s going to get great coverage. But that’s the danger; is it a windfall? Is it permanent? And how are they going to deal with it if it is not permanent and the commodity cycle goes down again – heaven forbid – as it has done in the past with previous cycles that go down very dramatically? That’s the big issue. Is this a short-term windfall or is it more permanent? And only time will tell.

On the best use of the tax windfall

Well, from a purely economic point of view, the windfall should be used mainly to reduce our fiscal situation. The slow movement towards a debt standstill. From a political and socio-economic perspective, we are sitting with an unemployment number of 40+ percent. We’re sitting with tremendous human suffering across the country. Job losses, people without jobs, and I think it was a very hard decision to make. What do I do first? I think it’s a balancing act. About R45bn of that is going towards the increase in the basic unemployment grant. Another big debate is, will it become permanent? Afterwards, in one of the TV channel interviews, the minister was not specific. He dodged this issue about whether it’s going to become permanent or not. Nevertheless, that issue was also raised by Isaah Mhlanga – the chief economist at Alexander Forbes – he wrote a great piece two days ago, warning that if this becomes permanent and at a higher level, which many people are pushing for, we could run into serious financial difficulty two or three years down the line. That is the danger. It’s a mixture of politics, what needs to be done and common sense. In South Africa, no one is always happy or unhappy. It’s a little bit of everything.