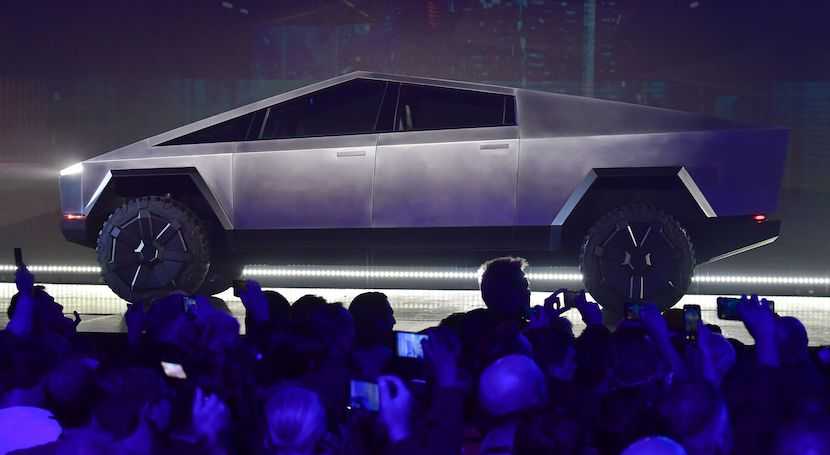 Elon Musk is the inventor with the love of superlatives, bigger, faster, higher and many times you could add boom! to that as his rockets explode or his Cybertrucks windows are smashed in a big reveal. But there is clearly no such thing as bad publicity for the Tesla CEO. Despite the Oh F***ck exclamation when a metal ball made mince meat out of his Cybertrucks window; failure is not deterring Musk and he bragged on Twitter that orders for the truck has surpassed 200,000. When Porsche launched the Taycan; the talk was all about the Tesla killer. But Tesla fans were quick to point out that Tesla’s Model S beat the Taycan’s lap on the famous Nurburgring in Germany by 20 seconds. When Top Gear staged a drag race between the two cars; Porsche came out as the winner. Tesla protested that the race was not fair forcing Top Gear to release a clarification. Now Ford wants to take on Musk following Tesla’s video of a Cybertruck outperforming a Ford, claiming the video that Musk showed was not fair. Musk, who thrives on competition and sees setbacks as a brief pause in his quests, of course, replied “bring it on.” – Linda van Tilburg

(Bloomberg) – Tesla’s Elon Musk plainly says his pickup is a “better truck than an F-150.” Ford is taking issue with that claim.

While releasing a series of specs last week for Cybertruck, which is scheduled to start deliveries as soon as late 2021, Musk called up a video of the the pickup in a tug-of-war against Ford’s best-selling F-150. He tweeted a clip of the test on Sunday showing his vehicle pulling a screeching Ford model up a hill.

Ford thinks Musk was making an apples-to-oranges comparison. The video the Tesla chief executive officer tweeted appears to show a two-wheel drive version of the F-150 against an all-wheel drive Cybertruck. Other details that could have factored in which pickup won out include curb weight and tire type.Sundeep Madra, vice president of Ford X, the automaker’s unit for developing new business models, challenged Musk on Monday to send Ford a Cybertruck. He linked to a post by the car-enthusiast site motor1.com that questioned whether Tesla’s test was “fair game.”

hey @elonmusk send us a cybertruck and we will do the apples to apples test for you 😉😉😉https://t.co/H3v6dCZeV5

Tesla and Ford have been at this before. More than a year after Musk tweeted a boast about how much weight Tesla’s truck would be able to tow, Ford released a promotional video of an electric F-150 prototype dragging more than 1 million pounds of double-decker rail cars.

Here’s a breakdown of how Ford’s most popular gasoline-fueled F-150 stacks up against Tesla’s most commonly ordered Cybertruck as of Saturday, according to a Musk tweet.