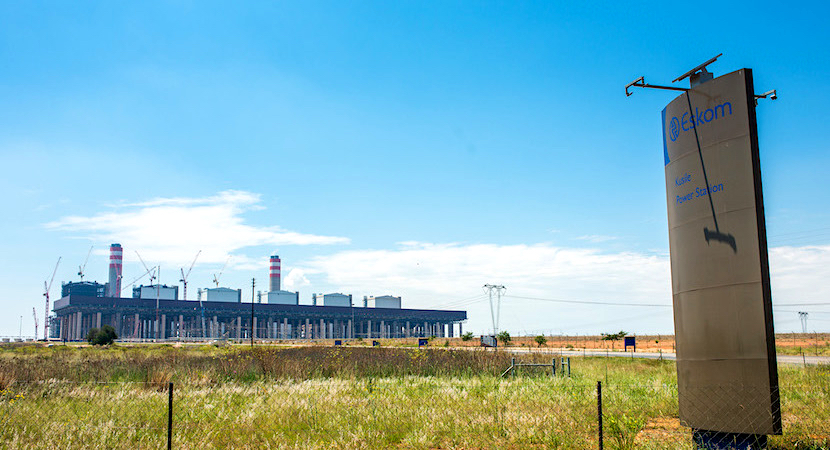 CAPE TOWN — I’m no energy boffin but reading this latest distressing report on Eskom begs the question of why and how you have to repair not one, but two coal powered plants – while they’re under construction. Even the CEO can’t properly assess what the repair bill is, revising it upwards by R500m from his November 2018 estimate. Independent energy adviser, Mike Rossouw gives us a clue about the cause, which neatly ties in with the general pattern of government service delivery malaise, dysfunction, and yes, corruption. The contractors erected plants, boilers and control systems that ended up having major defects. Rossouw puts it down to ‘inadequate supervision.’ Now, it’s possible that parts of all three components of the build were delivered faulty. Yet it’s unlikely. Which leaves us with the actual building contractors. Do we now need yet another commission into whether they’re fit-for-purpose, how the tenders were awarded and why they’re costing us unnecessary billions? Could it be that empowerment policies are literally disempowering the entire nation? In the absence of real information, we can only speculate. – Chris Bateman

While South African President Cyril Ramaphosa has said a plan to stabilise Eskom will be finished soon, the utility appears to be making little headway in reining in its unsustainable debt and bringing spiralling costs under control. The new Medupi and Kusile plants are a major contributor – their construction is running years behind schedule and they are expected to cost more than R292bn ($21.4bn), roughly double initial estimates.

Fixing problems that have arisen during construction of the new plants will cost an estimated R2bn, the utility said in an emailed response to questions. That’s up from a R1.5bn bill disclosed by Chief Executive Officer Phakamani Hadebe at a Nov. 16 briefing.

There have been defects in the plant that grinds the coal, the boilers and the control system running the operations, and steps are being taken to get the contractors to pay for as much of the repair work as possible, according to Eskom. The problems at Medupi and Kusile have contributed to an increase in unplanned and planned plant outages and resulted in emissions limits being exceeded, it said.

“It basically comes down to the contractors” and the fact that they are inadequately supervised, said Mike Rossouw, an independent energy adviser. “The big issue revolves around the availability of the installed fleet,” which should be over 80%, he said.

Eskom said it November that its plant availability is below 74% and isn’t set to improve until after March.