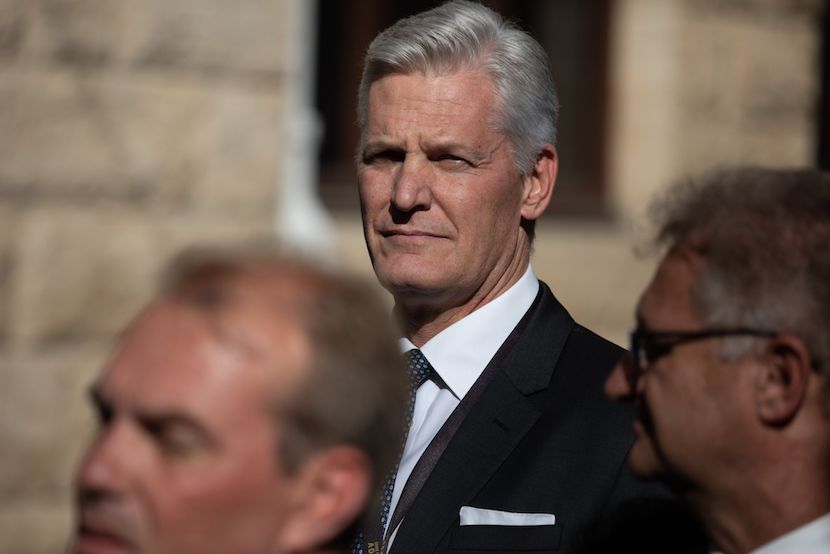 MyBroadband reports that in 2005, Eskom’s debt sat at R30bn. In March 2020, it was an alarming R488bn. This swift hike in debt is a result of corruption, years of mismanagement and financial irregularities at the state-owned entity. Many thought the state power utility was too far gone to be rescued, but CEO Andre de Ruyter seems to be changing that perception. In the hot seat for just 18 months, de Ruyter has managed to pay back over R90bn, reducing debt from R496bn to R401bn. Minister of Public Enterprises Pravin Gordhan has said this was achieved by “repaying maturing debt and changes in the exchange rate.” See below for a detailed graph showing Eskom’s growing debt throughout the years and the reduction since de Ruyter took over. This article was first published on MyBroadband. – Jarryd Neves

Andre de Ruyter has achieved something that no other Eskom CEO over the past fifteen years could do – reduce debt.

The rapid escalation of debt was a result of gross mismanagement, corruption, and poor procurement processes at the power utility.

The Medupi and Kusile mega-projects played a particularly big part.

The two coal-fired power plants were supposed to be completed by 2015 at a cost of R163bn. Six years later they are still not finished, and their cost ballooned to R451bn.

The overspending on Medupi and Kusile, combined with load-shedding because of the delays, have become such a problem that Goldman Sachs described Eskom as the biggest threat to the South African economy.

There did not seem to be light at the end of the tunnel, but De Ruyter proved the sceptics wrong.

Less than eighteen months after he took the helm at Eskom, he reported that debt has been reduced by over R90bn – from R496bn to R401bn.

The chart below shows the escalation of Eskom’s debt over the last 15 years, and the sudden reduction after De Ruyter took over as Eskom CEO. 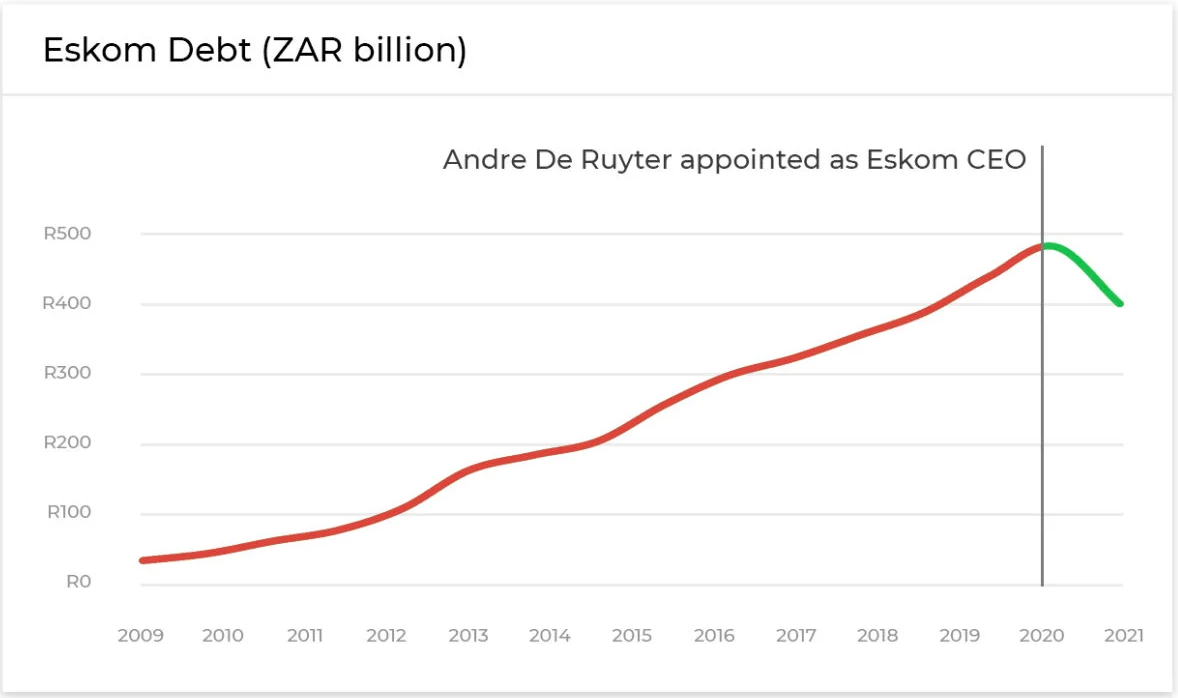 The debt reduction is a great achievement, but R400bn is still a tremendous amount of money to pay back.

De Ruyter said they have a multi-pronged approach to reduce Eskom’s debt further.

De Ruyter said many municipalities have defaulted on their debt and now owe Eskom R38bn.

To address this issue, Eskom has launched projects to collect this money from municipalities. This includes taking over the management of municipalities’ electricity supply, billing, and payments.

The company is also cracking down on illegal connections and electricity theft which costs Eskom between R4bn and R5bn per year.

Reducing losses due to electricity theft, De Ruyter said, can move the needle on reducing their debt further.

Many people have highlighted that Eskom is overstaffed and that an easy way to cut costs is to retrench staff. This is, however, not on the cards.

De Ruyter said from the outset they have agreed that there will be no forced retrenchments at Eskom, and this is an area which they will not budge on.