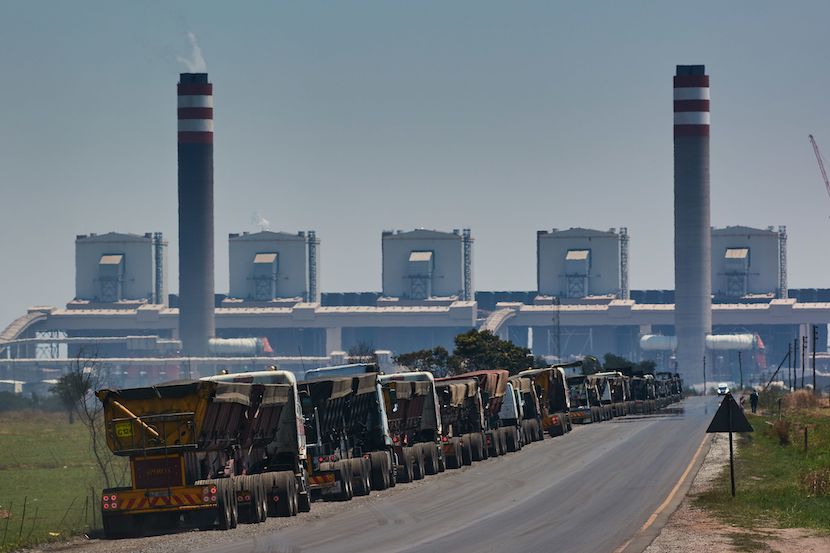 The massive overspending on the design-flawed Medupi and Kusile power stations – one of whose units blew up the moment it was completed – almost boggles the mind. We’re in the dark as to why these design flaws happened in the first place, but you can be sure that if the outcry gets loud enough, the government will appoint a commission of enquiry that will cost millions and reach no timeous nor useful conclusion. It certainly won’t be completed any earlier than the reconstruction and repairs on the two fated stations … in other words, over eight years later than scheduled (now 2024). It would be yet another parody of appeasement by the ANC, now desperately trying to hold onto a semblance of credibility and power in the 2024 elections. Story courtesy of MyBroadband. – Chris Bateman

Eskom’s Medupi and Kusile power station projects have been fraught with challenges ranging from corruption and negligence to a flawed design process.

This has resulted in ongoing delays and both projects exceeding their budgets by a combined R300 billion.

Medupi and Kusile were started in 2007, and the plan was for the power stations to be completed in 2014. However, neither met their deadline.

Eskom is now aiming to complete the two power stations in 2024.

The Standing Committee on Public Accounts (Scopa) also recently visited the Medupi and Kusile to monitor their progress and whether Eskom implemented the committee’s recommendations.

Scopa found that Kusile’s completion date had been pushed back another year — to 2024 — and that Eskom had met only nine of the 23 recommendations it had made during its previous visit in 2019.

Eskom CEO André de Ruyter provided detailed feedback on the challenges the power utility was experiencing at the two stations and what was being done to address them.

In August 2021, Eskom revealed that it had finished the Medupi power station, having spent R122bn at the time, and the power utility said it didn’t expect to spend more than R135bn to complete it.

However, in 2019, energy expert Chris Yelland explained that the overall completion cost for the Medupi would be about R234bn when weighing flue gas desulphurisation and capitalised interest during construction in his calculations.

Medupi’s unit 4 exploded shortly after Eskom announced it was finished. De Ruyter estimated the cost of repairs at R2.5bn. Eskom has since revealed it expects repairs to take over two years, with the unit returning to service by 31 August 2024.

Kusile is the first South African power station to incorporate wet flue gas desulphurisation technology, and Yelland estimated its cost-to-completion would be R226bn.

The initial budgets for the power stations were R80bn each, meaning Medupi and Kusile will come in at R154bn and R146bn over budget, respectively, based on Yelland’s estimates.

Former Eskom chief engineer for power station design and later director of technology, Alex Ham, pointed out defects with the power stations’ design, mainly relating to the boilers and mills of the generation units.

To rectify the defects at Kusile and Medupi, Eskom and Mitsubishi Hitachi Power Systems Africa (MHPSA) began significant reworks on the 12 units of Medupi and Kusile. The reworks require each unit to be shut down for around 75 days in sequence to complete the work. Eskom and MHPSA are sharing the associated costs.

The planned modifications required on each of the 12 units at Medupi and Kusile include:

Medupi had further design problems specific to its method of coal delivery. The power station was initially designed to transport coal from the Grootegeluk mine to stockpiles and then feed it into the specific boilers using conveyor belts.

However, the conveyor suffered damage, and Eskom decided to bypass the coal stockpiles and feed it directly from the Grootegeluk mine into boilers. This resulted in supply constraints.

The belt feeding directly from the mine to the boilers then failed, creating a significant logistical challenge for Eskom, which now had to transport coal to the power station in trucks. This meant the power station could run only at a third of its power output owing to congestion caused by coal trucks.