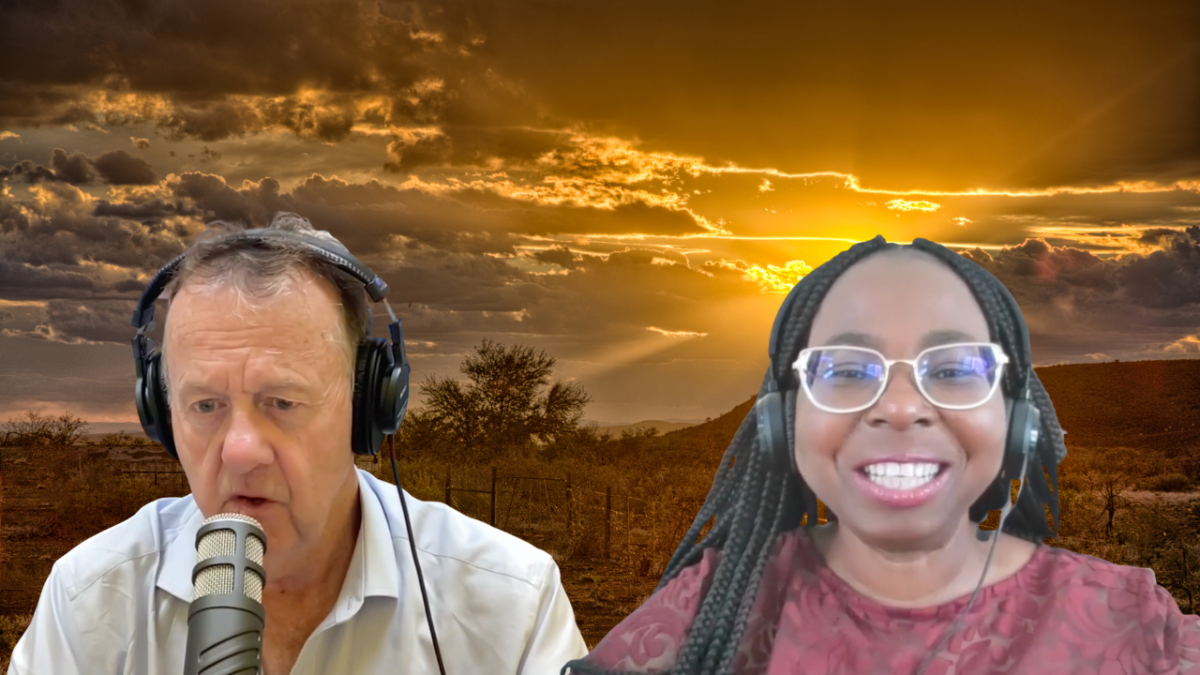 SA’s energy resources regulator Dr Phindile Masangane says the Petroleum Agency SA will soon be sharing its updated models of the Karoo Shale Gas reserves with the scientific community – and is strongly recommending a drilling programme to confirm the exciting findings. PASA’s model puts the SA’s shale gas reserves at a massive 200tcf which for context is 66 times the total gas feedstock for Sasol; and is just under a third of the reserves which have transformed the energy equation in the US, the world’s biggest economy. A chemistry PhD from Imperial College, London (with a Wits MBA), in this interview Dr Masangane applies science to address concerns articulated on BizNews earlier this week by Graaff Reinet attorney Derek Light, who represents hundreds of sceptical Karoo landowners including business tycoon Johann Rupert. The regulator’s model, conclusions and recommendations supports a thesis proposed by outspoken entrepreneur Rob Hersov, which sparked Light’s response. Dr Masangane, who has considerable experience with energy projects from development to feasibility, spoke to Alec Hogg of BizNews.

Excerpts from the interview

The only way that we can confirm and settle that debate is literally by drilling. There’s no other way because we have done the geological models, we’ll be presenting them to the scientific community and it will be debated, but everyone knows that it doesn’t matter how much basin modelling you’ve done unless you’ve put an actual drill into the ground, you’ll always have this uncertainty. Let me give a different example. We know that Namibia has always said that they hold a lot of petroleum resources until a total energy production was drilled last year. No one could have confirmed that indeed they have the source. So they estimate that we have these resources. And to that point, Namibia’s estimates were actually way under, last year you will know that actually they made the biggest oil resource discovery made in the world in the last 15 years. But the modelling did not quite ascertain that. And we are saying – that is PASA – until we get to a time where we drill, there will always be risks to these numbers. You know, so we’ve moved down from the 390, we are now at 200.

The next step that we are going to do now is to collect geophysical data, new data, because all this modelling is based on historical data. So we are going to commission a seismic data acquisition that is starting as early as quarter two, next year and that is going to help us to firm up the basin modelling we have done. But finally we must get to the stage where we drill, where we frack and you can do that responsibly because you don’t just drill hundred of wells on the first go. You drill a test well, you frack for the first time and you see if indeed any gas flows. What we have contributed in terms of the body of knowledge is to define where the sweet spot is. We are likely to have shale gas in this area. So therefore, the drilling is not going to be irresponsible. The drilling is going to be focused on certain areas where we are going to drill a vertical well, then drill horizontal wells and start to rig. The second thing that our stakeholders complained about, of course, was that we don’t have a way of regulating the water use.  I’m happy to say that in July last year, the Department of Water and Resources, together with the Department of the Environment, issued new regulations on how we should handle the environment and handle water so that we make sure that our shale gas exploration and production problem has a minimum impact on the environment. So we do have the regulatory framework. We have defined where the resources are. Let’s get on with it as South Africans.

In South Africa, our constitution does allow for someone to take any decision that the government makes to court, so we do have that right to our citizens. And in my view that has really been one of the reasons we’re in the doldrums we’re in, in South Africa. So in my assessment every South African has this right, and the court then has to take its time to come to the decision. Not only can you request a legal review, but you can also appeal the decision and you can take even that decision of the appeal to higher courts. So, yes, South Africa does have that risk of delay in terms of confirming whether we have this resource or not if any person based on legitimate ground takes us to court. But we have tried to address all the concerns that historically were raised, we have addressed them by putting up the new regulatory framework. We have addressed the concerns by having a baseline study. We are now going to collect the seismic data, which is going to point to us specifically where the drilling might happen, and confirm the sweet spot. But there are certain things that people may not be agreeable to and therefore take us on legal review. Lastly, my biggest concern on a personal basis is that sometimes people take us to court just because of their ideological beliefs. More than that, there’s nothing wrong with our regulatory framework. You can answer all those questions comprehensively, but people sometimes just take you on legal review simply because they want to stall the process. And what can we do about that? And that’s that I think that’s a challenge for South Africans to answer. It’s above my technical capability.

In our faces sits the risk of electricity supply or the shortage of electricity supply.  I want to put it  to South Africans that the electricity supply problem is a big problem but an even bigger problem is an energy supply problem. I don’t know if you know that the only gas we use in South Africa currently is actually coming from Mozambique. And we know there is a risk of supply to that. That puts a large part of our industry in the northern part of our country, in Gauteng, KZN and it puts them at risk. We are likely to see a bigger impact if we don’t explore our own resources and we depend on other countries. So it’s not only an electricity crisis that we’re facing, we’re facing an energy crisis and let us not narrow the use of gas to electricity only. Gas can be used as a feedstock for our industries. It can be used, for example, in fertiliser manufacturing and other processes. In terms of heating, for example, it’s more efficient to use gas than it is to use electricity. So actually, we can make our industries more financially viable and we can help to kick start this economy.