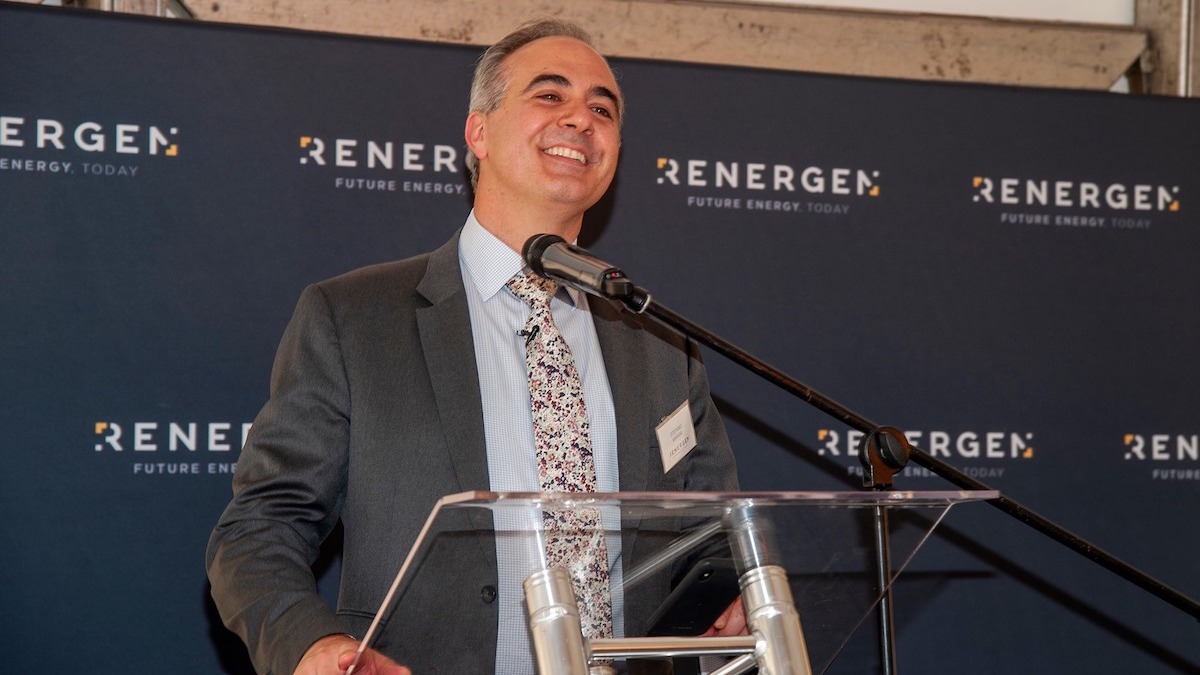 Helium start-up Renergen has delivered its first gas, overcoming production problems which had knocked the confidence of investors. In this interview, CEO Stefano Marani explains why this is a game-changer for the company, potentially unlocking a $750m new plant for the JSE-listed company whose stock is much beloved by South African retail investors. However, he is unable to resist ranting against ‘short-sighted’ institutional investors. Marani, whose company has been awarded South Africa’s first, and to date only, onshore petroleum production licence, also weighs in on the Karoo fracking debate, supporting the regulator’s view that exploratory drilling needs to be conducted as soon as possible. He spoke to Alec Hogg of BizNews.

Stefano Marani on why helium is so important

The thing that touches most of our lives is semiconductors. The reason we have the shortage of cars and why second hand cars are doing so well and blah blah, blah and laptops and phones and the shortage thereof is the semiconductor industry is suffering critical shortages of helium. Actually, the whole world is suffering from shortages of helium. And so there’s a backlog of semiconductors, but it’s also used in fibre optic cable manufacture. You can’t make it without it. You can’t launch rockets, you can’t manufacture MRIs and you can’t run MRI without helium. The list goes on. But those are some of the key critical ones. So like right through from using Google as a navigator to talking on the phone or to having this interview, if helium disappeared tomorrow, all of this technology would disappear.

On the massive supply and demand for helium

Absolutely. Without question. I mean, when we started this project back in 2013, when Mick and I bought the original gas fields back then, there was a massive oversupply of helium. The pricing back then for liquid was somewhere between 200 to $250 per thousand cubic feet. Now, if you look at it, I’m aware of one semiconductor manufacturer in Texas last year having paid $10,000 in NCF for a single note. That’s not reflective of where the price was. But I’d say that the spot market at the moment is anywhere from 1750 to around $2,500 for a load of liquid helium per ncf.

On the share price uptick and rebuilding trust of retail investors

So in fairness, the announcement was only made on Monday, and after the first day it was just under 10%. That’s not bad. That’s not a bad first day. So just to contextualise that, it’s not like we announced this last week and it’s only done 10% after a few days. That’s only been the first day. But yes, it goes without saying. I mean we were on track to have the plant turned on in October. Obviously, there were delays thanks to one of the previous reasons around COVID logistics and then failures. I think the gap between October and January really did result in a bit of a trust deficit and we acknowledge that. And the key now is that it’s my top priority to rebuild everyone’s trust. And, you know, we’re in this for the long haul. This has been something that Mick and I have been at for ten years. We’re not going anywhere. And there is a big project over here. And let’s be honest, if this country continues on its current trajectory of perpetual naysaying of anyone that’s trying to build new industries and new businesses, our economy is never going to grow. And I’m not saying that people should turn around and say, rah, rah, rah. We’re not the investment for everyone. But by the same token, it’s very easy to be a fund manager and to perpetually talk about how rubbish the small cap stocks are. And to only put your money in the top 40 when in reality the top 40 aren’t growing the economy. They’re maintaining the economy. And so if you really actually did have one altruistic bone in your body as a fund manager, you should stretch and you should actually go into the small caps, because the small caps are the ones that employ more people. The small caps are the ones that pay more tax and the small caps are the ones that drive the economy and will be the leading cause of all of us coming out of this quagmire.

On the big fracking debate between Rob Hersov and Derrick Light

Look, it’s controversial. So before I launch into this, I need to make a few things clear. One, our operation does not involve fracking. So don’t paint me with any brushes. I have a view on this. And in order to be able to express my view, I need to contextualise where we got to as a country on where we stand. When the original studies were being done on whether there were environmental issues associated with fracking or not, the technology at the time was antiquated, antiquated. That technology is not used today. The concept of hydraulic fracturing is widely used where there is an availability of water. But modern fracking techniques, you don’t actually use water anymore. You separate nitrogen out of the air and you pump nitrogen out. So the whole concept of hydraulic fracturing is actually a thing of the past.

Why the debate continues while you’re still while technology has moved on is just beyond me, but it gives someone something to cling to. Now, is the concept of fracking good or not in terms of extracting the gas there? Yes, there will be leaks. That’s inevitable. So in other words, if the fracture goes beyond the payload zone and it goes into the other rocks, it will seep biologically. We need to just contextualise again, what does methane do to you as an organism and what does methane do to animals as organisms? Well, pardon me for being crude, but your body produces it. Methane is not a toxin. Methane is what’s produced in the natural process of life. As carbon moves through the chain, from being from being a single element through to becoming a sugar, through to becoming carbon dioxide and then going through that cycle again. The fact is, methane is the natural consequence of the carbon cycle and all organisms produce methane. So how toxic can it be? That’s the first point.

The second point is that. If you’re really going to study and you’re going to look at things on an absolute level playing field, which is, in my opinion, the only way that you really can do these things. You need to look at it as if you’re going to use modern fracking technology, which is the only thing that would work in South Africa. If you’re going to use modern fracking technology, you’re going to look at the cradle to grave emissions produced in a fracking operation right through to the processing, transporting to the customer and delivering either thermal or kinetic energy. And you look at the entire chain and then you compare that entire chain to alternatives like solar, like wind, which don’t get me wrong, they’re great in their context. But when you look at the damage done in the production of these alternative forms of energy, and you don’t just look at the tailpipe emissions, but you look at the cradle to grave, I can tell you now the solar story isn’t pretty. It’s not pretty by any stretch of the imagination. And if you had to probably do a full cradle to grave analysis, you’re probably going to end up in a position where gas doesn’t look so bad, after all, even from fracking. Does that mean that, you know, we need to be cautious? Of course we need to be cautious. But this, in Phindile’s words, is all a completely academic debate and a waste of a lot of people’s time until someone is allowed to sink a hole and determine whether the gas is there in the first place.

Notes for the interview