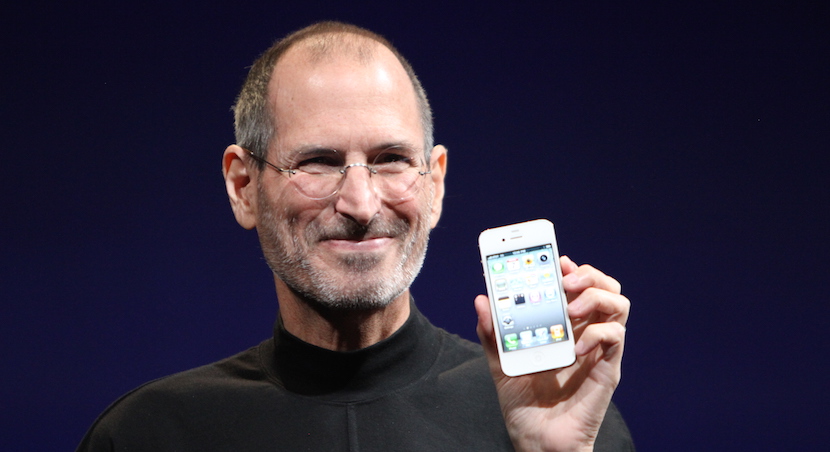 He was a pioneer of the personal computer revolution of the 1970’s but Steve Jobs will go down in history as a lot more. Job’s official biographer, Walter Isaacson, called him the “creative entrepreneur whose passion for perfection and ferocious drive revolutionised six industries: personal computers, animated movies, music, phones, tablet computing, and digital publishing.” One of my favourite Steve Jobs quotes: “Always let ideas win arguments, not hierarchies. Otherwise your best employees won’t stay. Collaboration, discipline and trust are critical.”Below is a fantastic excerpt from the D5 conference in 2007 with Jobs and Bill Gates. Jobs shares his secret to creating a successful company. – Stuart Lowman

QUESTION: I’m wondering what would be the single, most valuable piece of advice you’d give us to even attempt to create some of the value that you have done in your very impressive company.

STEVE JOBS: People say you have to have a lot of passion for what you’re doing and it’s totally true. The reason is because it’s so hard that if you don’t, any rational person would give up. It’s really hard and you have to do it over a sustained period of time so if you don’t love it…if you’re not having fun doing it and you don’t really love it, you’re going to give up. That’s what happens to most people.