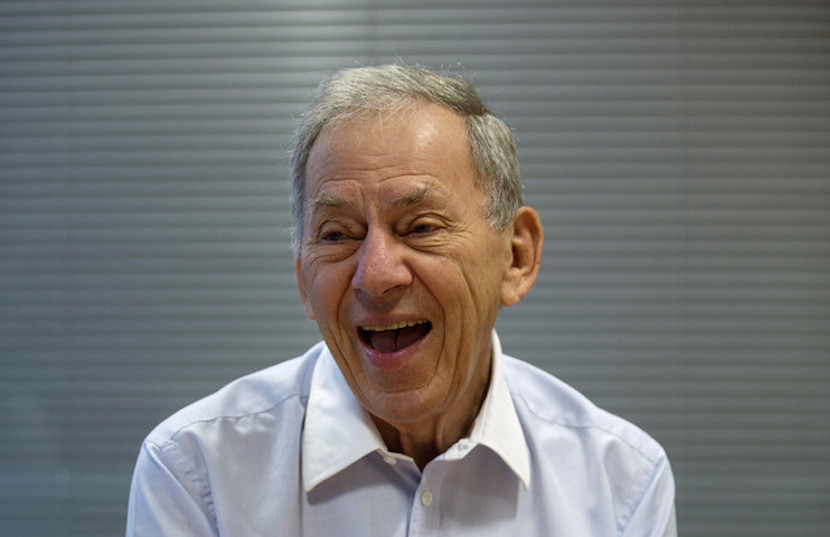 Among the most stark of discoveries during my month in London was how emigrant South Africans tend to stick together. Those who left for London in the 1970s and 1980s have clustered in the North West of the city; more recent emigres live mostly within a triangle in the South West. So it is only natural that the richest UK-based South African, Natie Kirsh, would tap a countryman to run his massive global business interests. The same motivation is probably true for the man he picked, 50 year old Bradley Fried, the former Investec exec who serves on the Bank of England directorate and was most recently managing his own show. Kirsh invests heavily in private companies, many of them run by UK-based South Africans. Now 83, he started again when emigrating at age 54. With wealth approaching now R100bn, like Stellenbosch-based Jannie Mouton, Kirsh is a living role model for those in middle age fretting they might be too late to take a second swing at life. – Alec Hogg

“I’ve met many chief executives, many who were outstanding at strategy, outstanding at execution,” said Fried in a telephone interview. “In Natie, I’ve found an extraordinary visionary. At the age of 50 I almost feel as if I’m being apprenticed all over again.”

Fried starts in November and takes over from Ron Sandler, the former CEO of Lloyd’s of London, who Kirsh said will remain working as a trustee and adviser to the family.

A Cape Town native, Fried worked for McKinsey & Co Inc. in New York before moving to London in 1999 to work for U.K.-listed Investec. He resigned as CEO from the bank in 2010 to found his own investment firm, Grovepoint Capital, which Fried said has completed “a couple billion dollars” in deals since inception.

Fried became acquainted with Kirsh shortly after he relocated to London and credits the billionaire with helping his venture prosper in its first five years. He said Kirsh has advised on all of Grovepoint’s deals, which include acquiring Total SA’s U.K. downstream assets and buying a stake in Israeli microalgae farm Algatechnologies. He’ll continue to be involved with Grovepoint and remain on the court of the Bank of England until his term’s expiration in May 2019.

The move comes one month after Ashvin Chhabra, the former chief investment officer of Bank of America Corp.’s Merrill Lynch Wealth Management, joined as president of the family office for hedge fund billionaire James Simons. Both appointments were made as family offices worldwide suffered “lackluster” returns, according to a report released in September by UBS AG and London-based research firm Campden Wealth.

Kirsh, 83, made his first fortune in Africa in 1958, starting with a Swaziland corn-milling business that later evolved into a dominant food retailer in his native South Africa. Today the billionaire’s most valuable asset is Jetro Holdings, a New York-based company that manages Jetro Cash & Carry and Restaurant Depot, which had more than $9 billion in combined revenue in 2014, according to data compiled by Bloomberg.

Fried said he won’t be directly involved with the operations of Jetro or Kirsh’s other subsidiary companies, which all have their own CEOs. He said his role will be to oversee existing investments, hunt for new opportunities and prepare the group for a time when Kirsh is no longer involved.