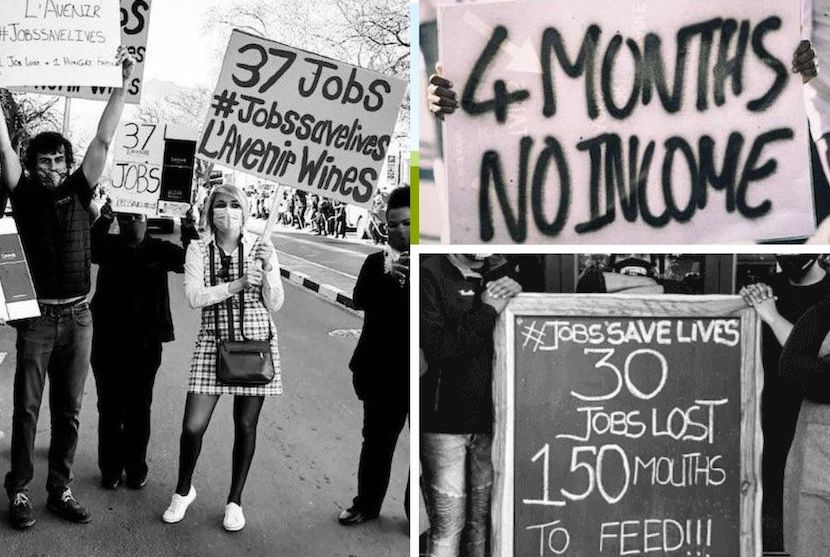 The reluctance of big insurers to pay for business interruption claims has threatened the livelihoods of many small businesses, especially in the hospitality and tourism industries. In July, Insurance Claims Africa (ICA) welcomed the Financial Services Conduct Authority’s (FSCA) announcement in which it categorically stated that the national lockdown cannot be used by any insurer as grounds to reject a client’s claim. Santam has paid out business relief to some of its policyholders, but it is refusing to pay out for business interruption linked to Covid-19. The fight is over the fine-print, with insurance beasts trying to wriggle out of paying up for pandemic-related closure on the grounds that the government lockdown, and not a virus, forced businesses to close their doors. Therefore, the clause that promises payout for a pandemic does not apply to Covid-19. After months of Santam’s persistent failure to honour the business interruption policies payable to its clients, this matter is set to get underway this month. This court case is particularly significant as the ICA believes that it will set the precedent for business interruption claims. Full court documents, below. – Nadya Swart

Insurance Claims Africa (ICA) has joined forces with hospitality group Ma-Afrika Hotels in its litigation against Santam, which is due to be heard tomorrow 1 September, in the Western Cape High Court.

Ma-Afrika Hotels (Pty) Ltd and Stellenbosch Kitchen (Pty) Ltd, a restaurant company, are joint applicants in this matter, which will be heard by a full bench, led by Deputy Judge President Goliath.

Ryan Woolley, CEO of ICA, the public loss adjustment company that is representing over 700 businesses in the tourism and hospitality sector in their battle to get large insurers to pay out on these claims, says:  “We believe this is a watershed test case in which the judgment will have far-reaching implications across the entire insurance industry. It’s also a critical case for all claimants in the tourism and hospitality sector, for whom the failure of their insurers to pay their legitimate claims has had a devastating impact on their businesses and their employees. It has impacted people’s lives in the most profound and destructive way.

“While it’s Ma-Afrika Hotels in court tomorrow, the truth is that they are there on behalf of all tourism businesses who bought Business Interruption insurance that included cover for notifiable infectious and contagious diseases.  It’s also not only Santam in the dock tomorrow but also a rogue’s gallery of insurance companies, which includes Old Mutual Insurance, Hollard, GuardRisk, Bryte, Thatch, F&I, TRA, Lombard, AIG, CHUBB, and Monitor. Like Santam, all these companies have rejected these claims and are waiting to see what the court decides.”

“These claimants, in choosing an insurer and a policy, did so with the understanding and trust that their chosen insurer would be there for them when disaster struck.  It is, after all what they paid for and what they deserve. Our hope is that these claimants see justice and receive the financial support that is due to them so that they can continue to be part of our country’s vital tourism sector, and to support and sustain jobs.”

Elna du Toit, Chief Operating Officer of Ma-Afrika Hotels, the applicant in tomorrow’s case against Santam, says: “Over many years we have worked hard, and invested significantly, to build an exceptional hospitality group that is made up of four hotels and two restaurants, including the popular Stellenbosch Kitchen. But, most importantly, we have built a business which employs 210 loyal staff and sustains over 1000 of their direct dependents. Their lives and livelihoods remain our concern.

“The truth is that Santam and other large insurers in South Africa have lost their moral compass, their credibility and their decency. It’s a travesty that we are having to go to court to fight for what is due to us. If there’s one thing that Covid-19 has shown the tourism and hospitality sector, it’s that when it comes to insurers, they will promise you the earth to get your premiums, but will let you down when you need them most.”

The Tourism and Hospitality sector sustains over 740,000 direct and 1.5 million indirect jobs, contributing billions of rands to the South African economy. Since March 2020 when the Covid-19 outbreak occurred and subsequently the national quarantine/lockdown, tourism and hospitality businesses of all sizes have suffered tremendous losses and many have been  forced to close their doors.

“ICA believes that the decision taken by the courts will be precedent setting and will reverberate through the insurance industry for years to come,” concludes Woolley.