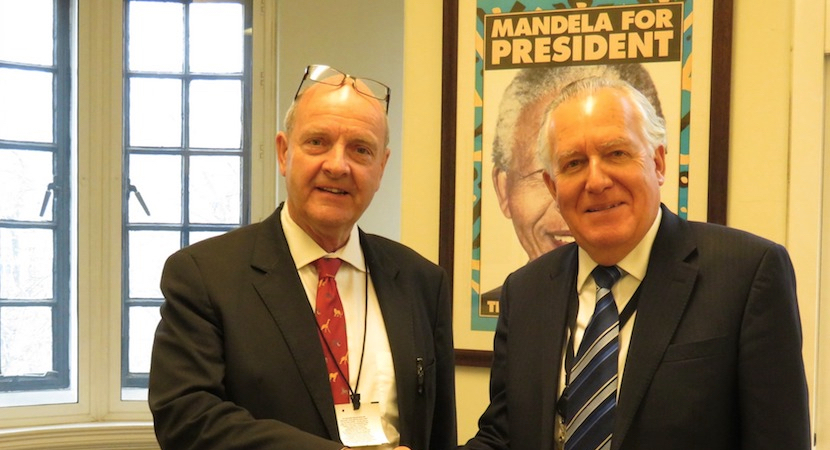 EDINBURGH — Hogan Lovells, a global law firm that employs about 130 lawyers in South Africa, and has a strong presence across Africa as well as Europe, the Middle East, Asia and Latin America, has been exposed as a key player in the Zuma-Gupta (Zupta) state capture scandal. Lord Peter Hain, a South Africa-born British politician, has brought the role of Hogan Lovells in Gupta-linked graft to the attention of his House of Lords peers. He has asked the Solicitors Regulation Authority to withdraw Hogan Lovells’ authorisation to practise for producing a “fatally flawed whitewash of a report” into allegations of South African government corruption. Forensics for Justice founder Paul O’Sullivan, who calls Lord Hain a personal friend, also has plans to bring Hogan Lovells to its knees. O’Sullivan argues that Hogan Lovells lawyers were the masterminds behind moves to shift power within the criminal justice system into the hands of Zupta cronies. In this lengthy letter penned to Hogan Lovells, O’Sullivan – the man who was instrumental in putting corrupt police chief Jackie Selebi behind bars – explains in detail how this law firm has been involved in the scandal that pushed South Africa into economic decline. O’Sullivan is promising to go for the proverbial jugular if Hogan Lovells bosses don’t do the right thing – and soon. – Jackie Cameron

“Renowned British anti-Apartheid activist and true friend of Africa, Lord Peter Hain was recently accused by the London and Johannesburg offices of Hogan Lovells of ‘hogwash’ in relation to a speech he made at the House of Lords in January 2018.

Hogan Lovells, who’s London office is a close neighbour of the now disgraced Gupta PR firm Bell Pottinger, seem to have acquired some of Bell Pottinger’s skills of being economical with the truth, after Bell Pottinger were publicly exposed and forced to close shop.

Forensics for Justice, who are proud to have worked with Peter Hain in exposing some of the ‘Zuptoid’ money-launders involved in State Capture in South Africa, have carried out our own research into the role of Hogan Lovells. As a result, we have sent a detailed letter to Hogan Lovells’ London Office, exposing their hogwash accusations to scrutiny.” – Forensics for Justice