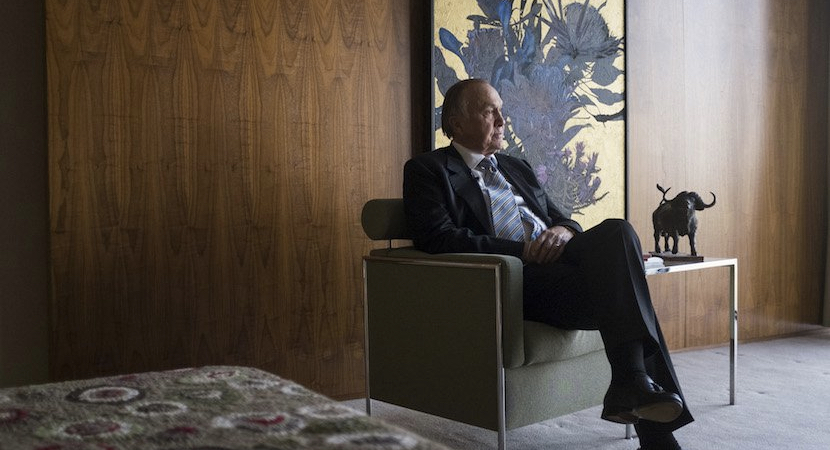 EDINBURGH — South African retail supremo Christo Wiese has painted himself as a victim of the financial skullduggery going on at Steinhoff International. But evidence is emerging that he also got his hands dirty. Steinhoff International wants money back from him. It has discovered dodgy deals in which funds were transferred to entities related to Wiese shortly before the financial scandal erupted in the media, hammering the Steinhoff share price. There have been other signs that Christo Wiese is no saint, for example revelations earlier this year that one of his businesses has been involved in rhino horn sales. In 2009, Wiese was stopped by UK border authorities who found about £700,000 in cash in suitcases. He got the money back after a court tussle and made British newspaper headlines for bragging that the funds were ‘peanuts’ for a man of his wealth. Wiese’s response to the allegations is that the payments were related to a planned merger between South African supermarket chain Shoprite Holdings and Steinhoff’s Africa operations. – Jackie Cameron

The deals were agreed to with entities related to Wiese in the weeks leading up to the emergence of financial irregularities that have wiped more than 90 percent off the value of the global retailer. Steinhoff has investigated the payments and is in the process of being reimbursed, it said in a statement Tuesday, without giving further detail on the transactions.

Wiese said by phone he would comment later in the day. The stock plunged as much as 25 percent to 0.15 euros in Frankfurt, a fresh low since the owner of Conforama in France and Poundland in the U.K. relocated its primary listing from Johannesburg in 2015.

Wiese has so far distanced himself from the crisis that’s engulfed Steinhoff, which he bought into when he sold his pan-African retailer Pepkor to the company three years ago. To date, the only executive implicated directly is former Chief Executive Officer Markus Jooste, who quit on Dec. 5, when Steinhoff first reported accounting irregularities. Wiese told lawmakers earlier this year that the announcement came to him as a “bolt from the blue” and that he had no prior knowledge of any wrongdoing.

Steinhoff has hired auditors at PwC to investigate its accounts, with a particular focus on off-balance-sheet transactions and deals, particularly related to the central European operations. The company ithe hs being investigated by a range of regulators and law authorities around the world, while German newspaper Sueddeutsche Zeitung said last month Jooste conspired with European executives at the retailer to move revenue figures around subsidiaries to boost their balance sheets. Steinhoff said at the time it would alert PwC to the report.

“The longer that this thing drags out the less likely that the company survives,” Michael Treherne, money manager at Johannesburg-based Vestact, said by phone. “That’s my personal view, and that’s a similar view to the market.”

Read also: Steinhoff board should pay back their fees and quit – Jannie Rossouw

The Steinhoff-Wiese deals were first reported by Johannesburg-based Moneyweb. The website also said Wiese asked the company to cover a margin call on his behalf after Steinhoff reported the accounting irregularities in December. Wiese denied that aspect of the report by phone.

by Janice Kew and Loni Prinsloo

Steinhoff, which has lost 94 percent of its value since an accounting scandal erupted in early December, said earlier Tuesday that two payments made to Wiese in October and November last year didn’t follow correct disclosure or governance procedures. That dragged the billionaire deeper into a crisis that has already ended the career of former Chief Executive Officer Markus Jooste.

In a phone interview, Wiese said he received two payments of 200 million euros and 125 million euros for shares in Steinhoff Africa Retail Ltd., known as STAR, a step in the process of combining the unit with Cape Town-based Shoprite, in which Wiese is the biggest shareholder. That deal collapsed shortly after Steinhoff reported accounting irregularities, so he agreed to return the cash, he said.

“Given the parties involved from Steinhoff’s side, I accepted that the requisite internal approvals and governance matters in respect of the sale agreement and payments there were complied with,” Wiese said. The pre-payment for STAR shares was cleared by South Africa’s reserve bank, he said.

Wiese quit Steinhoff in mid-December. He became its largest investor in 2015 when he sold his pan-African clothing retailer Pepkor to the company, though has been forced to sell down his shareholding since the financial wrongdoing emerged. He told lawmakers in late January that news of the irregularities came as a “bolt from the blue” and that he had no prior knowledge of any wrongdoing.

Steinhoff shares traded 15 percent lower at the close in Frankfurt, where the owner of Conforama in France and Mattress Firm in the U.S. moved its primary listing from Johannesburg in 2015. The company said it had no further comment beyond a statement earlier Tuesday about the improper payments to Wiese.

“Entities within the Steinhoff group concluded commercial agreements in October and November 2017 with Wiese-related entities. These transactions did not follow the normal governance and disclosure processes of the company,” Steinhoff said.

Johannesburg-based Moneyweb said earlier that Wiese asked the company to cover a margin call on his behalf after Steinhoff reported the accounting irregularities in December. Wiese denied that aspect of the report by phone.

“I made no request for Steinhoff to cover a margin call in December 2017,” he said.