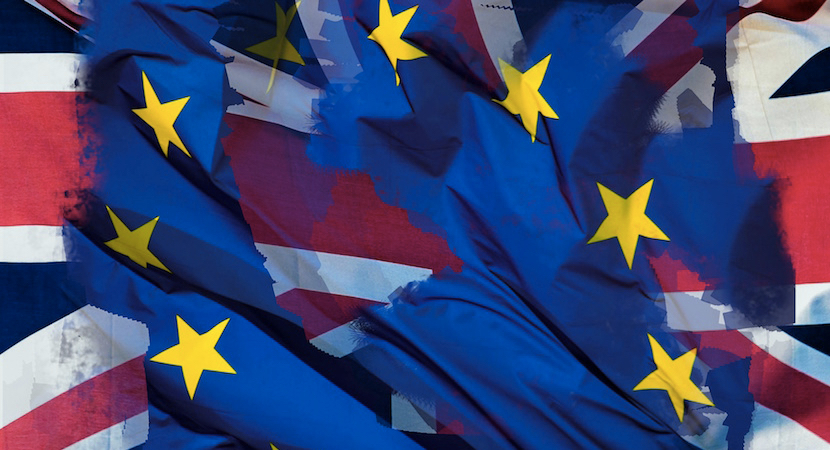 JOHANNESBURG — Simon Lincoln Reader is back in London following his brief sojourn to New York. But irrespective of which side of the Atlantic he finds himself on, Brexit is top of mind. This week, David Cameron’s experiment gone wrong, finds itself on the box in a feature length drama. Reader also ends this week’s diary with some ‘delight’ given how Members of Parliament returned to Westminster after a brief break, only to find their regular supply of alcohol has been cut off to promote responsible drinking. – Stuart Lowman

In defence of Dominic Cummings. Dom was the leader of the Leave EU campaign, who is now the subject of a feature length drama ‘Brexit: The Uncivil War’ premiered on Channel 4 (where else?)

It is another point on a journey of obsessive, deranged denial: the establishment – that expression encompassing all manner of prejudice, complacency and incompetence – refuses to concede the referendum victory of 2016 as democratic, so has embarked on a treacherous conspiracy sequence to portray voting quarters so daft and so impressionable that adverts could influence them more than their own perceptions of exclusion. That they contain these perceptions is an altogether different issue.

Because Dom doesn’t subscribe to righteous social liberalism, he was dismissed as a ‘career sociopath’ by David Cameron – something predictably mentioned in the film. To get called “brilliant” in this environment, you just have to submit to open borders and safe spaces.

I felt sorry for the columnist Max du Preez for the first time ever last week.

Max wrote a column about the burden of racism in which he described a situation that unfolded in a shop as he had purchased a bottle of wine (om te drink met sy vriend Adriaan, I guess). A black lady, ostensibly at the counter before him, was in conversation with the security guard, so Max, parked on a yellow line outside, requested – and I have no reason to suspect the request was anything but polite – that she pay so he could leave to attend his car, but she took exception and accused Max of being arrogant. ‘When are you going to realise,’ she asked, ‘that you are no longer baas anymore’?

A day later News24 published – of course it did – a scathing reply by Vuyolwethu Zungula, President of the African Transformation Movement. Vuyo was extremely cross with Max and accused the old womble of not living in the real South Africa, to wit: failing to appreciate that it is the appalling conditions so many black South Africans remain shackled to that are responsible for the kind of intemperance Max experienced.

Personally, I find Max’s ill-considered murmurs on Emmanuel Macron and renewable energy – things he knows nothing about – insufferable, but Vuyo’s attack was a grasping endorsement of victimhood – a gratuitous perpetuation of the myth that South Africa boasts a monopoly on suffering.

I see things differently. I see a woman trapped in distraction who consciously chose to incorporate race to placate her absentmindedness or embarrassment. Subsequently, that this incident needn’t have happened, or could have been resolved by an apology, is neither here nor there: it now reveals the secret fate of all contemporary white liberalism: a man spends his life projecting himself as a better white, scolding his fellow whiteys, and one day is presented with a cake. But then suddenly Eusebius McKaizer jumps out of the cake, and accuses the man of being a racist.

This sort of thing mutates. In Norfolk, there resides an Irishman called Gary Linehan. Gary is often credited with the series Father Ted – but the success really belongs to co-writer Arthur Mathews, who is vastly more talented.

As if to acknowledge this, Gary set upon the course of embittered social justice fanatic, and created a Twitter account which he used to threateningly – and sometimes uncontrollably (feckin’ this and feckin’ that) – attack anyone who opposed his ultra-woke PC opinions.

But he didn’t entirely lose his mind. Miraculously, and unexpectedly, he retained a vestigial tail of sensibility; when it came to men who identify as women Gary was having none of it, and so argued with one particularly vicious tranny, which kicked off nicely, and led to the police coming round to Gary’s house the following morning to issue him with a warning for…hate and intolerance. 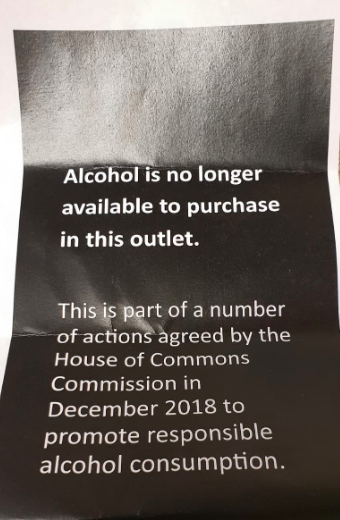 This week ends with some delightful news. On Monday Members of Parliament returned to Westminster from their holidays and immediately flew into a chronic rage. Why? This sign, on a bar at the House of Commons, limiting access points to alcohol, in a place where it should only be awarded on a Friday for reasonable behaviour (fat chance). ‘Unfair,’ one woman MP protested. ‘Members have the right not to be inconvenienced,’ her colleague squealed. There were many, many others, reportedly, ‘not happy’. You stupid arses / cows.

Can you imagine how awful someone has to be to i) believe it is their right – or ‘duty’ – to prescribe public choice and then ii) explode with auto-response detachment the moment they are subjected to their own diktat? I can’t.