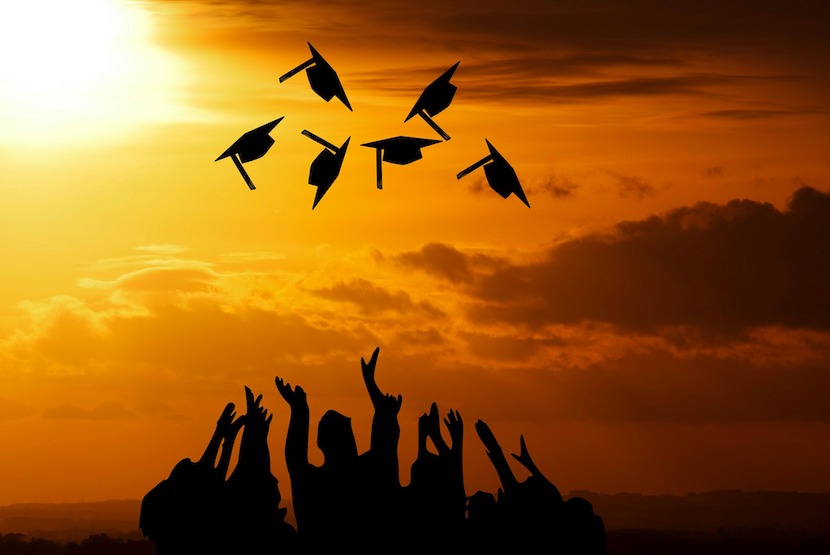 To obtain a doctorate is a mark of esteem and intellectual capability. In South Africa, where the majority of the population has been denied even basic proper schooling; it carries an even higher stamp of approval, of having arrived and concurred the demons of the past. When people like the Minister of Foreign Affairs, Naledi Pandor and the EFF’s Mbuyiseni Ndlozi are capped and proudly show of their doctorates; there is rightly all-round applause. Those who do achieve this from our formerly disadvantaged community often look down on others who have not. Ndlozi and EFF deputy-president Floyd Shivambu mocked the DA’s Parliamentary leader, John Steenhuisen’s lack of post-matric qualifications on Twitter. Whether that translates into jobs and success is open for debate. It is certainly valued when you consider an academic, research or science career, but in the business world less so. I know of many students who spent a considerable amount of money on a masters’ degree and four years on a PhD and who were appointed at the same level as other interns who have just completed their first degree. And when you found out that the three or four years studying for a doctorate has been a very specialist subject, like the secret lives of cockroaches, you may wonder if that was money well spent and whether taxpayers should contribute to that. There is clearly a demand for doctoral level education in South Africa and universities have been encouraged by the government to increase their doctoral intake with taxpayers money ploughed into it. The result is that the number of  students that attained PhDs in South Africa has doubled since 2010. But it raises the question on what that had meant for the quality of the PhDs that have been handed out, as the growth in the number of supervisors has slowed down. This has prompted a review by the Council of Higher Education on institutions that offer doctoral-level qualifications. Prof Sioux McKenna, the Director of the Centre for Postgraduate Studies at Rhodes University writes in The Conversation that the review opens up the opportunity for “the necessary institutional conversation” on how doctors degrees are obtained in South Africa. – Linda van Tilburg

South Africa takes steps to assure the quality of its doctorates

Around the world there has been a massive increase in demand for doctoral education. This mostly stems from the idea that the “knowledge economy” requires high-level skills. The claim that there’s a correlation between a country’s economic stability and the proportion of its population who have doctorates has led to national targets being set for doctoral graduation.

In 2010, 1,420 doctoral candidates graduated in South Africa. Since then the number has more than doubled. The high increase in both intake and graduation has led to concerns about quality.

A key question is: how did South Africa find the capacity to double its numbers given that the number of supervisors has grown at a markedly slower rate over this period?

A significant amount of money has been invested in doctoral education. The national funding formula gives all universities a strong incentive to increase their doctoral intake. But there are questions to be asked about whether the quality of doctoral education justifies these investments of taxpayer money. The quality of doctoral graduates matters because, as the highest level of education, it sets the tone for quality throughout the university.

To answer some of the concerns, South Africa’s Council on Higher Education is about to conduct a national review of higher education institutions that offer doctoral-level qualifications. This will be the first of its kind for the council, which, among other things, is responsible for developing and implementing systems of quality assurance for higher education.

Every institution that offers doctoral qualifications has to develop a self-evaluation report indicating how it ensures it meets the doctoral standard. The report has to specify, with evidence, how the institution assures the quality of every step of the doctoral curriculum. This ranges from selecting students to allocating supervisors, providing institutional support, developing and reviewing proposals, ethical clearance and the examination process. It also needs to demonstrate how the institution ensures that its graduates embody specified doctoral attributes.

A review panel then verifies and interrogates the claims by the institution. This is followed by a report to the institution. Institutions that don’t meet all the requirements are required to submit an improved plan to the council. If there are serious concerns after this, the Council on Higher Education has the authority to withdraw accreditation from the academic institution.

Research shows that funding is a key determinant of the rate at which doctoral candidates complete the degree. It’s also known that some universities are research intensive with numerous seminars, research design courses and research chairs. But in others, the supervisor and doctoral candidate may feel quite isolated.

Many South African universities were dissuaded or even forbidden from offering postgraduate education during apartheid past and so have had to build a research culture over a relatively short space of time.

These institutions may lack research infrastructure and have challenges attracting researchers to their rural campuses. It’s not clear how the review process will strike a balance between such a context and the need to reassure the public that the South African doctorate meets international standards.

We do not know whether the rapid increase in number of doctorates has led to a weakening of quality. Perhaps the rise in predatory publications, a problem faced across the continent, suggests there is cause for concern. What is known is that some institutional audits undertaken ten years ago uncovered problems with examination processes at doctoral level. This review is an opportunity to revisit the issue.

The quality of the doctorate has significant implications. Poor doctoral education can set the scene for the nature of knowledge creation and dissemination in the whole university. If quality processes don’t safeguard academic integrity at doctoral level, then they are unlikely to protect quality at lower levels.

Taxpayer money subsidises doctoral programmes, so the qualification should produce the kinds of knowledge and highly skilled graduates who can make a meaningful contribution to society.

Given that South Africa’s funding formula greatly rewards doctoral education, all universities are being pushed to offer it across all faculties, regardless of availability of supervision and resources. There have been some cases where large numbers of doctoral candidates were admitted without the necessary capacity. The only way to change this, in my view, is to have a funding formula that rewards institutions on their own strengths.

But the country’s history makes any real move towards institutional differentiation a no-go area. So steps need to be taken to ensure that all doctoral programmes meet the threshold standard.

Is the review the appropriate tool to achieve this?

Quality assurance generally seems to encourage bureaucracy and compliance and be part of a rising managerialism in institutions. But it’s a good thing to start a conversation about what a doctorate is really for, and how to tell whether quality is being assured.

Perhaps the review will open the space for a national discussion on some of the conservative aspects of doctoral education in the country. For example, the funding formula suggests that the doctorate takes three years, even though most countries offer the doctorate over four. And those four years are on top of strong schooling and university foundations.

Many countries also offer structured coursework as part of the PhD accreditation process. South Africa’s policy precludes this. And the dominant approach to doctoral education in the humanities and social sciences remains the master-apprentice supervision of individual studies. This is despite the fact that the United Kingdom, from which South Africa inherited the model, is now offering an array of more flexible models. Neither is there a strong tradition of vivas (oral exams) for the South African doctorate.

Far more innovative approaches are needed. The review might be the vehicle for the necessary institutional conversations.