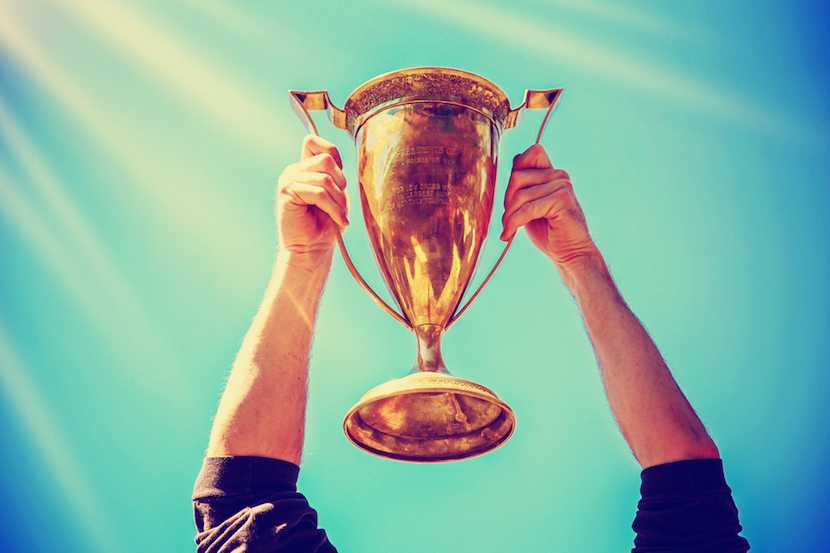 Simon Lincoln Reader is a Saffer with one foot on Blighty and the other on the tip of the African continent. Thankfully, he doesn’t suffer fools gladly and he puts this characteristic to good use by unpicking the nonsense he sees in the news. SLR is on top form this week, with his suggestions for the second annual BizNews.com Political Awards of the Year. He has identified some weirdos and irritants among the individuals who have made a worthy mark on South Africa’s political landscape. Let’s hope they’ve all got a sense of humour! – Jackie Cameron

Welcome to the 2nd annual Biznews.com Political Awards of The Year

In SA, the Enduring Night has replaced the New Dawn. In the USA, a devouring madness consumes Donald Trump’s opponents, as does it Jeremy Corbyn’s attack dogs and progressives alike in the UK.

You know it’s been a shocker when actors – people who are handsomely paid to provide escapism – start shrieking about politics on social media. You know it’s been even worse when they start knocking on people’s doors.

However, we are pleased to announce that we’ve added two brand new categories, namely, Most Annoying Political Statement and The Adriaan Basson Award for Sententious Political Commentary.

Remarks: Patel’s appointment enraged the establishment, social justice warriors positioned across the media and university students, some of whom accused her of being a traitor to her race. Result!

Winner: Equalities and Human Rights Investigation into antisemitism in the Labour Party UK)

Remarks: I’m reasonably assured that were you to look for hell, you’d encounter one Linda Sarsour loitering around its entrance.

Her role in Bernie Sander’s campaign exposes to Americans, possibly for the first time, what Jeremy Corbyn and the antisemitic elite within Labour have been doing to Jews in the United Kingdom for a while now. It’s called “racist creep”: initially subtle at once overt pandering to extremists, perpetuating and recycling conspiracies associated with Israel, Hitler, the Rothchild family, etc.

Anti-semitic charges are different to standard racism charges, the stature of which have been diminished in the past two decades by brazen opportunism. Anti-semitism lingers like the smell of fish, irrespective of what office you occupy.

Remarks: The beauty of Roger Scruton’s vindication wasn’t just that it humiliated a lying, nauseatingly woke journalist called George Eaton, but that it did the same to the outrage mob: for the first time people who jumped on the condemnation express were themselves condemned – people like Conservative politicians Johnny Mercer and Tom Tugendhat, whose comments in the wake of Sir Roger’s unjustifiable dismissal illustrated their desire for popularity among groups who hate them – over the truth.

Remarks: Like Priti Patel, Zille’s return infuriated the chattering media progressives, neurotically loyal to the ANC’s rubbished ideas of the “developmental state”. The need to reject top-heavy, central-committee, socialist-y policies and the oinking, bloated public sector has never been greater. She’s onto something.

Winner: Joint winners: Wayne Duvenhage and Paul O’Sullivan (or, if you’re Edward Zuma on your 12th Grants of the evening, “OI-SOILLYVUN”)

Remarks: Don’t worry, I was never going to award young Pippi Mongstocking anything – not even a delightful little piece of plastic floating in the Atlantic, all serene like – I just included her so that the outrage machine could wet itself. Gabbard warrants mention for her noble efforts to expose the behaviour of the Clintons (at the cost of unofficial disqualification from next year’s US election). But that which enrages the liberal complex and its media allies has a future…

Paul and Wayne take up where Magda Wierzycka leaves off. Despite well resourced efforts to intimidate them, and the occasional losses, evil is kept at bay. Just.

Most Annoying Political Statement of 2019 (*NEW)

Finalists: “The far-right is one the march!”; “Straight out of Trump’s playbook”; “I am / Let me be clear”.

Winner: “The far-right is on the march!”

Remarks: More a hysterical squeal than a statement beloved by people ordinarily of the left, it is equally a defence of Islamist terrorism and extremist ideology, the idea that pockets of itinerant football hooligans with social media accounts pose an equal or greater threat to the world than ISIS, who enslaved young women, tossed suspected homosexual men off buildings and almost had their own country.

Remarks: Labour MP Andrew Gynne’s face resembles the noro-virus under a microscope – fellow Labour colleague Richard Burgon’s expression is near identical to that of an octogenarian whose just been fed an asbestos-flavoured 4 -week-old Rogan Josh and shat her handbag. But neither come close to oily little “tycoon”, ahem, “Nelson Mandela’s best friend doctor.”

To understand how desperate Iqbal is, one needs only to glance at the cover of last week’s Independent, to the evidence that his rapid whippet Piet Rampedi has been unleashed to publish whichever fantasy his troubled mind has conjured up in defence of his boss.

One of the more hideous delusions that occupy the minds of the militant/criminal left is the claim that Iqbal is “one of us”, and thus the state of his fortunes do not result from mischief, or greed, but from whites, unwilling to entertain “black excellence,” apparently jealous.

I see. Must be his nose.

Remarks: Very much originators of the “the far-right is on the march” squeal, this newsroom is home to the world’s most paranoid, attention-seeking journalists.

It should come as no surprise that its parent is receiving record numbers of complaints about its tone, content, blatant bias and intentional disinformation – in addition to a plunge viewership figures released in 2019.

“Tonight, just for you, our wonderful self-identifying audience of approximately 19 sorry 17, Channel 4 News can exclusively reveal that Benito Mussolini has been spotted on a dingy in the middle of the Great Pacific Garbage Patch vomiting up pieces of Lego whilst shouting, ‘I’m thrilled that the far-right is on the march!’.”

Winner: The Springbok Rugby Team (no other consideration)

Remarks: For a fleeting moment, talent and objectivity converged. The grid stabilised, SAA was liquid, borders were secure, record numbers of employment were about to be published, AB de Villiers’ was warned by his doctor never to sing again, three more unnecessary government departments had been scrapped and Ace Magashule, Jessie Duarte, Dudu Myeni, Brian Molefe and Ben Ngubane were all arrested.

Remarks: Now a campaigner, as opposed picker-up-of-prostitutes, I always thought he was a bit of a creep. Never did get my head around the obsession – until last year, when he played the former (disgraced) Leader of (what became) the Liberal Democrats, Jeremy Thorpe, in an adapted television series. And I thought: my God, this man is so talented at playing creeps!

There is a scene where Grant’s character Thorpe engages in some mild buggery with a young fellow  (it appeared faintly consensual). “Look the other way,” he commands of his unfortunate companion, pointing in the direction of the wall, before perching a family-size tub of petroleum jelly on the bedside table.

Remarks: If Boris wins a majority, I suggest he quickly procure some advise from Donald Trump on how to deal with Jeremy Corbyn. During his state visit, Trump described Corbyn as a nasty piece of work – someone he wanted to nothing to do with. This kind of clarity, from a man recently gossiped about, in the manner of hyperactive, giggling teenager, by Canada’s two-faced (1 white +  1 black) Prime Minister.

According to a poll, 65% of Britons who identify as “liberal” agree that deliberately false representation about Donald Trump is both necessary and acceptable – if it enables his impeachment or dismissal.

How did we get here? Answers lie in the state of the transgender debate, engineered to run roughshod over the hard-fought rights of women, in the rise of race and identity politics, in the reparation agenda and in our determination to reinterpret  socialism’s 100% failed track record.

What are the side effects of this shift to the left? No clearer than in his shambolic impeachment proceedings, which will not only fail by virtue of the Senate, but almost certainly assure Trump of victory next year. Without even campaigning. Nice one.