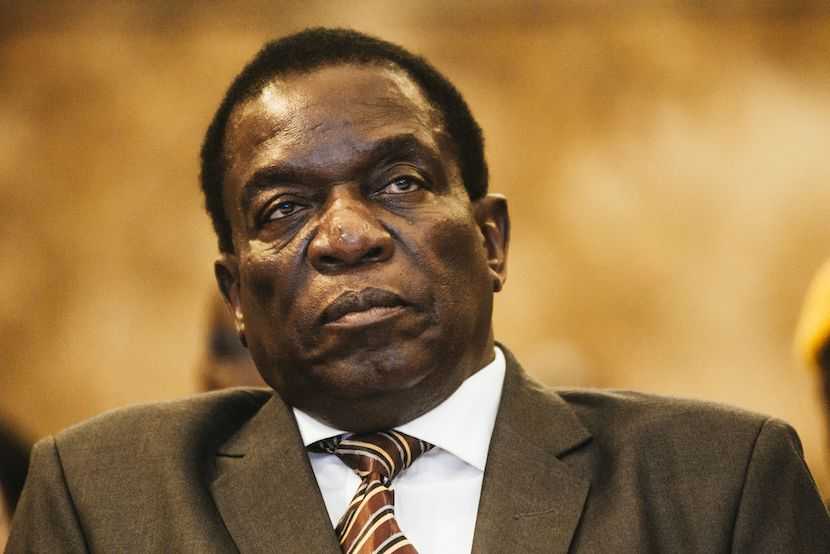 My Harare-based brother’s children aren’t going to school this year. The uniforms are too expensive and the fees too exorbitant as hyperinflation continues to ravage the Zimbabwean economy. But these children are not alone. Home schooling has become the only way forward for many in a country where even working people grow steadily poorer by the day and state institutions, from healthcare to education, crumble. The president and his wealthy coterie of friends aren’t particularly worried. Emmerson Mnangagwa’s alleged suggestion to his people that they should eat vegetables if they can’t afford meat echoes the comment Marie Antoinette is believed to have made that people should eat cake if they don’t have bread. Eventually, the French had enough of their greedy rulers. In this heartbreaking piece, Zimbabwean author Cathy Buckle shares the next instalment of a country mid-collapse. – Jackie Cameron

Sitting under the shade of a big sausage tree I looked out into the 37 degree heat that characterised many parts of Zimbabwe this Christmas and New Year. A mirage was running across my view and I alternately cursed and smiled at the Vervet monkey which sat in a tree nearby eating the avocado it had just stolen off the table. Delicately peeling the avocado with its teeth, spitting the skin out bit by bit, the little monkey ate the entire fruit and then licked each of its fingers one by one. I closed my eyes to imprint the memory, hoped one of the giant sausages in the tree above wouldn’t fall on me and thought about how this  beautiful place and our desperate people were going to survive another year of Zimbabwe’s crisis situation.

So many Zimbabweans who came home for Christmas from the Diaspora saw for themselves the dire state we are in, heard the strange, unrealistic statements from government leaders and listened to the desperate stories told by their families who are trying to survive the collapse of our country for the second time in a decade.

They heard the words of Zimbabwe’s President last week. Speaking to residents in Harare’s high density suburb of Kuwadzana the President created a storm of criticism when people asked him about the unaffordable price of meat. The President told them they should eat vegetables instead of meat, because his doctor had told him that vegetables were good for you. Meanwhile this week a 1.5 kg chicken is priced at Z$104 and a single kg of locally grown carrots, in an unmarked, unlabelled plastic bag in a major supermarket was priced at Z$53.99. For countless Zimbabweans earning less than Z$500 a month, even a single bag of carrots has become a luxury in January 2020. Perhaps the President or his POLAD advisors (who are now asking for ‘all terrain vehicles’) haven’t been into the supermarkets themselves lately or perhaps they’ve forgotten what it’s like to earn the equivalent of $28 a month, less than a dollar a day.

Zimbabweans home for Christmas heard about the imminent crisis in our education system. In a few days time the new school year starts here but teachers unions are saying their members aren’t going to work unless their salaries are at least equivalent to what they were this time last year. Teachers are currently earning around Z$1,000 a month before deductions leaving them going home with the equivalent of $40 – 60 a month. This time last year they were earning in US dollars and taking home $450 – 500. If teachers salaries were pegged to the same US dollar amount they were earning last year, they should be taking home around Z$8,000 a month. To put these figures in perspective, the recently released Poverty Datum Line for a family of five is Z$3,700; teachers are currently earning one quarter of that amount. It’s a dire situation and as diabolical for teachers as it is for parents.

This is what parents are facing as they try to get their children ready for school next week. These are the current costs for a thirteen year old boy starting senior school in Form One at a government school in my home town this January 2020.

Total so far Z$3,191; no room to buy  a single change of clothes, satchel, pens, pencils, lunch box, drink bottle, rain coat, calculator, dictionary or any of the other extras needed.

This boy’s Mum earns Z$400 a month and so all of it is out of reach for her. And the insult on top of this? The teacher tells the parent: “for us to ‘teach nicely’ your child can give us US$10.” As I sat under the sausage tree thinking about the teacher’s words, I understood that the tragic irony here is that desperate teachers soliciting bribes from desperate parents aren’t even earning enough to educate their own children.

Meanwhile a week into 2020 multiple hundreds of people are queuing for travel documents to get out of Zimbabwe and go to neighbouring countries where they hope to get jobs and send money home to keep their families alive. In my home town there were so many people trying to get travel documents that they had to queue in a dusty open space across the road from the passport complex. Waiting in lines four deep; waiting to get out, waiting for a normal life..

From the Beitbridge border we heard that Zimbabweans going back to South Africa, back to their jobs, were stuck in two kilometre long vehicle queues and when they got to the front they waited on foot for 8 – 12 hours to get their passports stamped. Officials said that 35,000 people crossed the border legally in one day last week and we wonder how many thousands more crawled under and over the fences and razor wire to get away from Zimbabwe, our beautiful, broken country.

As troubled as we are in Zimbabwe our hearts go out to all our friends and family in Australia suffering in the devastating fires ravaging the country; you are part of our Disapora and not forgotten. And to all our family and friends from the Diaspora who came home this Christmas, gave moral support and words of comfort, or sent goods and treats home for their families, thank you.