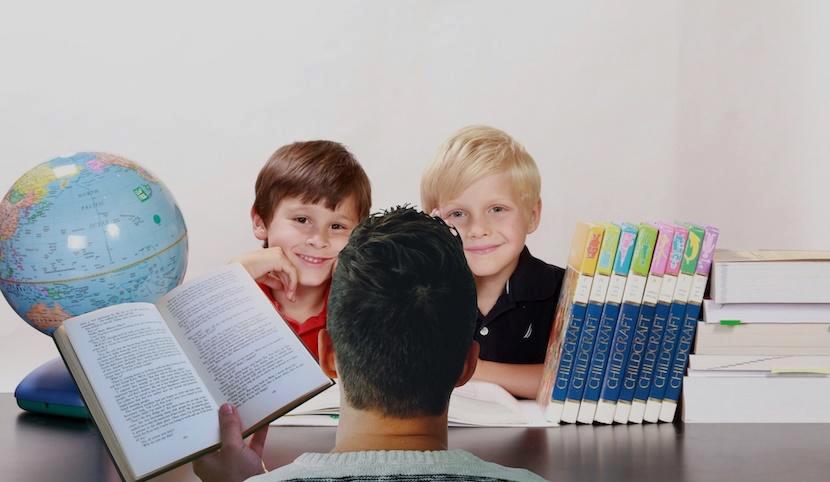 Home schooling during lockdown due to the coronavirus is a reality for parents in many countries and for South Africans who have had their lockdown extended. Parents have to navigate a new role that some Tiger Moms and Dads may relish; but many may perceive as their worst nightmare. It is not only a situation that many parents shy away from; there are school pupils, especially the older ones who would rather run for the hills than be tutored by their own parents. The competitive behaviour of parents around sports pitches in South Africa is a good indication of how competitive this could become when parents start comparing notes. But, parents do not have much of a choice during the lockdown and even if there is a good virtual system in place; they still would have to make sure that pupils actually sit down and attend lessons and that most of the time in front of a computer is not spent playing games or in the case of older pupils chatting to friends on social media. A lecturer at Yale University,  Mordechai Levy-Eichel who had been home schooled for eight years has offered useful tips on how it could be tackled and says he thinks that “society as a whole should pay more substantive attention, instead of leaving it to the professional advocates and their tired debates.” – Linda van Tilburg

I was homeschooled for eight years: here’s what I recommend

I was homeschooled for eight years, from age 11 through to college, before it was a novel way for tiger parents to show off their dynamic commitment to their children’s education. Now, if millions of parents and families are suddenly going to be homeschooling their kids for the coming weeks (and, let’s be honest, quite likely beyond), it’s worth trying to think about how to do this in a manner as smooth, healthy and wise as possible.

Learning at home is quite different from learning at school. It requires us to reorient how we think about learning in general, and how we approach the process with our children – maybe even with ourselves, too. Historically, education has been the province of parents. But the question of how kids spend their time, and learn, and grow, is one to which society as a whole should pay more substantive attention, instead of leaving it to the professional advocates and their tired debates about charter schools, unions and uniforms.

Homeschooling is at once traditional, radical, empowering, frustrating, revealing and, most importantly, not quite any of the above. That’s because it is, by its nature, highly dependent on the individuals involved. Spending very long stretches of time with my parents (I’m an only child) was both the most trying and also the most positively formative part of being homeschooled. Finding my own motivations to overcome setbacks was the most difficult. Browsing whatever ideas and subjects piqued my curiosity was the most rewarding. For this and other reasons, try not to compete with all your friends (online and off) about how much your child is hitting the proverbial books. Not only is it morally and intellectually detrimental – it teaches kids the wrong lessons about what’s important – but homeschooling is one of the best opportunities you’ll get to indulge in more substantive and important comparisons in the first place. Try to use this opportunity for something genuinely alternative.

There are four essential points that all those currently experimenting with homeschooling should bear in mind. First, it takes time to find your rhythm. This might sound obvious, but the first (overly ambitious) schedule, or the second (pared-down) one, or even the third that you come up with, is unlikely to be a smooth fit. And you’ll realise this only thanks to all the frustrations, failures and annoyances that you and your kids encounter.

Learning what works very often requires first finding out what doesn’t, and then adapting. Because we’re all human, change is almost always hard. Don’t simply impose your ideal schedule on your kids, and then get frustrated when they (and you) can’t live up to it. I found mathematics hard, so for months I avoided it. Then, in order to get it done, I made it the first thing I did each morning – and my fear lessened and my understanding of it improved. I still spent way too much time getting through trigonometry. It will take not only time but multiple failures and slip-ups to work out how to arrange it all satisfactorily. Expect to experiment, make mistakes and reorder your priorities – several times.

Second, talk to your kids about what they want, and what works for them. (Yes, they want more television; no, that’s not what I mean.) Many educational systems fall into disrepute because of how poor they are at soliciting, engaging and stimulating student interest. Students are often discouraged from participating in their education. After all, how many of them get to choose the books they read, or what science they pursue? Ask your kids what interests them, and be sure to do so repeatedly, since their answers will change the more that they learn. Maybe they simply want to sleep later (which research shows would be good for their physical, emotional and intellectual health in every way). Perhaps they’re bored with geometry and trigonometry, which, honestly, often get taught as though they’re numbing agents. (Algebra is usually more interesting before it also becomes too rote in high school.)

Worry less about their plug-and-chug skills, and give them a sense of the ideas and proofs on which modern mathematics is actually based (which are not above anybody’s head), and on which there are many recent, accessible books: for example, Love and Math (2013) by Edward Frenkel and The Mathematics Lover’s Companion (2017) by Edward Scheinerman. Or read some classic short stories with your kids, and show them how you’re affected by the literature you hope they learn. If you find that, actually, you don’t like the stories you chose, try to explain why. Doing so would teach your kids so much more than any predictable, moralistic and, frankly, boring age-appropriate young adult novel ever could. I recommend Isaac Bashevis Singer’s short stories – clear, lucid, powerful and somehow both appropriate and inappropriate for the whole family.

Third, perhaps the hardest aspect of homeschooling is the parent-student relationship, and the countless difficulties it faces. Of course you’re finding homeschooling tough – you’re trying to do it alongside your day job! We’ve probably got the Western workaholic culture to blame for that, which largely separates the roles of parent and teacher. Education in schools today is mostly treated as the acquisition of facts and techniques. That’s what schools test for, after all. However, bare facts and techniques aren’t what deeply shape most people when they are students, nor later, in their work careers. Beyond basic literacy and numeracy, the most decisive learning comes from what kids see their parents, elders and friends doing, day in and day out.

What books and magazines do you leave lying around? What subjects and ideas do you discuss with your friends when you see them? How do you treat the other people you encounter, and what kinds of interactions take place? Children learn chiefly by emulation, and the examples you provide every day in small ways, the books you have on the coffee table, the websites you visit, and the work you bring home and talk about – whether you are a lawyer, a dentist, a nurse or a bus driver – provide more instruction than most classes. Your children’s education depends less on which workbook you choose for them than on what you talk about at dinner. In my house, for instance, the radio was often on and tuned to everything from Amy Goodman on the Left to Rush Limbaugh on the Right, with lots of National Public Radio in the middle. I learned more about politics this way than I might have in an average high-school civics classroom.

The fourth and final point, since you’re probably still wondering which textbooks or workbooks to get, I can assure you that no single work for any subject will even come close. The first history survey that my father, now an old New-Leftist, bought for me was Howard Zinn’s iconoclastic A People’s History of the United States (1980). It was an eye-opening tale of American’s depredations, and I couldn’t stand it. I didn’t hate the politics of it, but rather the monotonous tone of the work. My father, no matter his political opinions, encouraged me to read other views. In other words, Zinn’s partisan History was stimulating precisely because it was part of an open-ended education. Sometimes a bit of partiality and fervour is actually quite healthy.

Like one’s country, one’s education is, at its core, an ongoing experiment. Rabbi Lord Jonathan Sacks notes, in his introduction to The Koren Siddur (2009), that ‘Prayer is less about getting what we want than about learning what to want.’ If nothing else, for those who usually entrust their kid’s education to others, a few weeks or months of homeschooling is an opportunity to encourage our students to do something novel, different, unexpected – to learn what we could and should want, for them, and for us. As a society, we have become exceptionally bad at encouraging our charges to be idiosyncratic and independent. These qualities are not measured by standardised tests, but are just as socially important as a vaccine for COVID-19. Being stuck at home for a few weeks and months, forced to homeschool, is a daunting prospect – but also a tremendous opportunity to cultivate the virtues of independence and original thinking.

This article was originally published at Aeon and has been republished under Creative Commons.