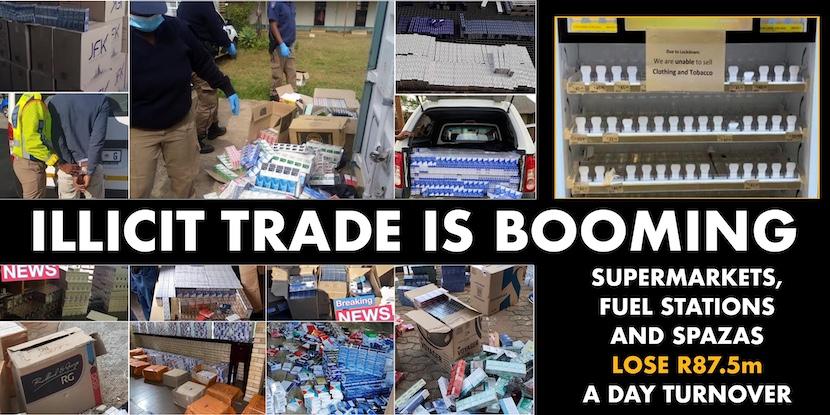 The jury is out on whether the controversial, continued ban on the legal sales of cigarettes during the Covid-19 lockdown could backfire and hit government where it would hurt most – in the tax coffers. In this more than thought-provoking webinar, Johann van Loggerenberg and Telita Snyckers, former SA Revenue Service executives who were deeply involved during the era when the tax collection agency was winning its war against illicit cigarettes, and UCT professor Corné van Walbeek, who has spent decades studying excise duties on products like tobacco, explore the government’s reason for the tobacco sales ban, how effective or ineffective it’s been, possible alternative reasons for the ban that could boomerang in terms of lost revenues, and who really stand to benefit from the illegal trade of cigarettes. The conversation moves from the findings of an explosive survey Van Walbeek did into the consumption, pricing, brand composition and change in market share brought about by the ban to the suppliers of the black market, British American Tobacco, Johann Rupert, Carnilinx, the Fair Trade Independent Tobacco Association’s court case and Nkosozana Dlamini-Zuma’s longstanding anti-smoking lobby. Snyckers, author of Dirty Tobacco – Spies, Lies and Mega-Profits, believes South Africans have become disenchanted with and feel powerless against government, and one way she fears they may express their dissatisfaction is through some form of a tax revolt involving cigarette sales. – Vanessa Marks