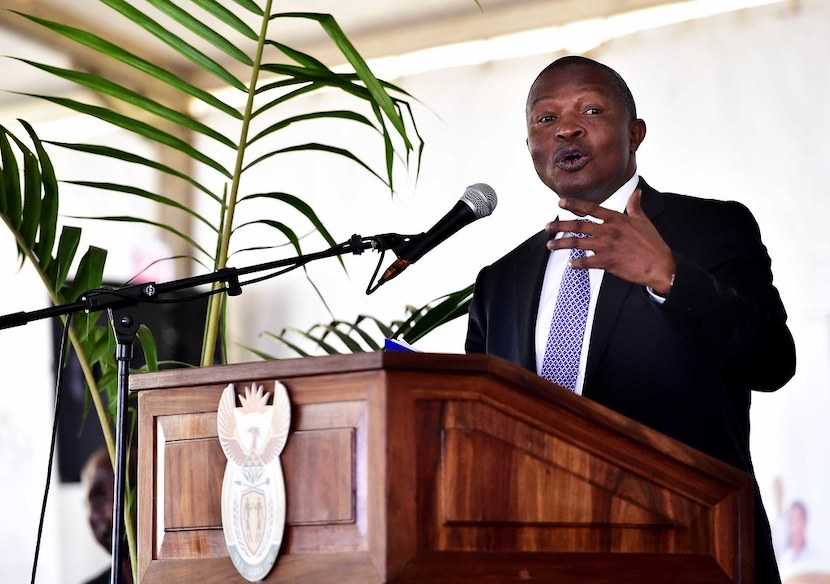 Deputy President David Mabuza has issued a statement condemning farm murders, following the recent killings of Glen and Vida Rafferty, a pair of farmers in the KwaZulu-Natal province. Deputy President Mabuza has “called on all South Africans to value farmers and farm workers, and to be relentless in pursuit of a better country, wherein all people live in dig night at peace with one another.” Mabuza is expected to attend the inter-Ministerial Committee on Land Reform and Agriculture later in the week, where he will discuss the “curbing of violent attacks in farmers” which in turn has a negative effect on the production of food and the security of workers. The Deputy President has called on the South African Police Service to conduct a thorough investigation “and bring the perpetrators of these heinous crimes to book to ensure that justice is served for the victims.” – Jarryd Neves

Deputy President David Mabuza has learned with shock and dismay, of the brutal murder of farmers, Glen and Vida Rafferty. The couple is reported to have been murdered on their farm, in Normadien in KwaZulu-Natal over the weekend.

Previously, Deputy President Mabuza has condemned violent attacks on farmers and people in rural farming communities, stressing the importance of the agricultural sector to the economy of South Africa.

Deputy President Mabuza has called on all South Africans to value farmers and farm workers, and to be relentless in pursuit of a better country, wherein all people lived in dignity and at peace with one another.

“This is what defines who we are as a nation and should be the guiding light within our communities. Even in difficult times, our prevailing challenges must not lead us to despair and to engage in all that is against our humanity as a people. We must remain resolute in building a better South Africa that values human life,” said Deputy President Mabuza.

The Deputy President will on Friday, 4th September 2020 convene the Inter-Ministerial Committee on Land Reform and Agriculture, in his capacity as the Chairperson of the Committee. The meeting will amongst others focus on the specific programmes aimed at curbing violent attacks on farmers, which has negative impact of food production and security.

“The lives of farmers, farm workers and farm dwellers as well as every citizen of the country, black and white, matters, it is for this reason that government will continue to work with the Justice, Crime Prevention and Security Cluster to ensure prevention as a priority in dealing with farm murders,” said Deputy President Mabuza.

Deputy President Mabuza further called on the police service to conduct thorough investigations and bring the perpetrators of these heinous crimes to book to ensure that justice is served for the victims.