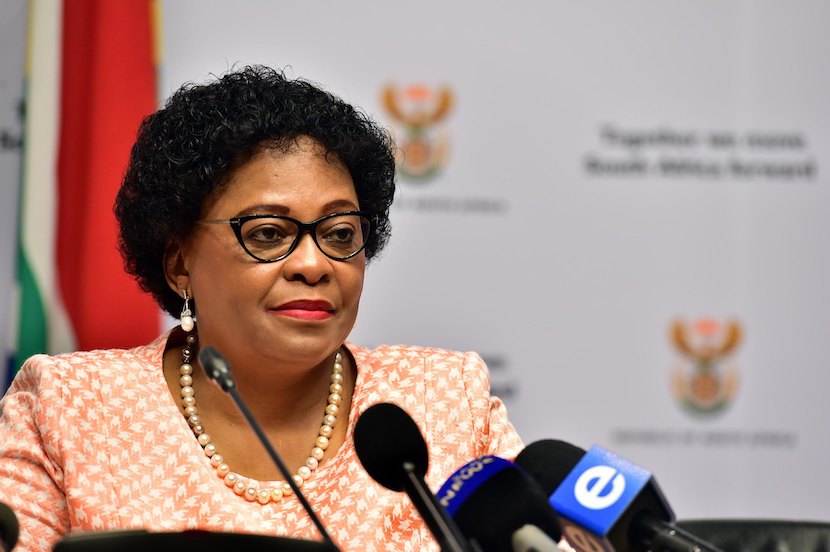 Known as Mama Action, former minister of environmental affairs Nomvula Mokonyane’s illustrious political career hangs in the balance. While she no longer holds any position in government, she is the head of the ANC’s appeals disciplinary committee. The 57-year-old served in various portfolio committee posts before being appointed MEC of Agriculture, Conservation and Environment in 1996. She became MEC for Safety and Liaison from 1999 to 2004, and was appointed Housing MEC between 2004 and 2009. Mokonyane became the first female premier of Gauteng and it is alleged that prior to her taking up that post, she had established a corrupt relationship with Bosasa executives – Bernice Maune.

During her testimony at the Zondo Commission on State Capture, Mokonyane was asked to detail the circumstances behind her alleged corrupt relationship with Bosasa executives.

Bosasa has been implicated in a complex web of bribery where it’s directors and officials are accused of paying and arranging for money and luxurious gifts to be paid to government officials, in exchange for tenders. The company deals in prison and security systems and for years has secured lucrative contracts.

The former Gauteng premier was grilled by evidence leader Viwe Notshe for over three hours and denied all the allegations that were placed before her.

The key quotes from her testimony are below.

Bosasa chief financial officer Angelo Agrizzi alleged that he had arranged and paid for a 40th birthday party for Mokonyane at the behest of his boss, now deceased Bosasa CEO, Gavin Watson. The party was apparently titled ‘break a leg’ and held at The Victorian hotel in Krugersdorp, where Mokonyane lives. The ANC NEC member denied this, however, stating she had a private dinner for her 50th and Agrizzi did not attend.

In reference to a list of grocery items that Agrizzi allegedly sent to Mokonyane’s house every year from 2002, chairperson Zondo said the goods did not appear to be of benefit for the needy. Mokonyane had said the groceries, which included 20 cases of  non-alcoholic beverages, four cases of high-quality whisky, 40 cases of mixed beer and 12 cases of frozen chicken, were for the less fortunate in Kagiso. Mokonyane branded Zondo’s statement as flawed.

“It’s very flawed because it moves from an assumption that it is only Bosasa that does these things for the community. Yet there were many other people that would also come to the party and make contributions of your samp, maize, rice, beef and stuff. It was not only Bosasa and it is still not. As I’m talking to you, tomorrow I’m out dishing out blankets without Bosasa. They were contributing what was in their own offering… you don’t choose what they give.”

I can’t dispute any work done by Bosasa in my house. I don’t know

“At no point have I ever interacted with Mr Le Roux and, as I have stated, my husband was responsible for the maintenance and the running of the house. Part of my responsibilities were not confined to one space and being home most of the time hence my husband took responsibility.”

On the issue of Bosasa paying for security upgrades to her home, Mokonyane denied that was the case. According to her, the CCTV system and access gate were paid for by the state though she had no prior knowledge of it. The department of public works and the provincial government have disputed the security upgrades.

“I can’t dispute any work done by Bosasa in my house. I don’t know.”

“My husband has been doing some work, including trying to get contracts coming from your Eskom and so forth. A case that we are still fighting now about the evergreen projects of Eskom. He had entered into a very closed sector of business which is the scrap from Eskom and Denel and so forth. He had people mentoring and coaching him. They could see that things are coming okay and that this going to be a good business and stands a chance of growing…

“One of the things we discussed and agreed was that I need something that I think we will be happy with. He will work with me to make sure that I get it. We then had discussions with a family friend and because of seeing what is coming through… He then made arrangements with the friends who don’t do business with government and were then able to make this assistance which in return they would be a part of the contract on Eskom. I insisted on making direct contributions (to the car). I made that contribution as well.”