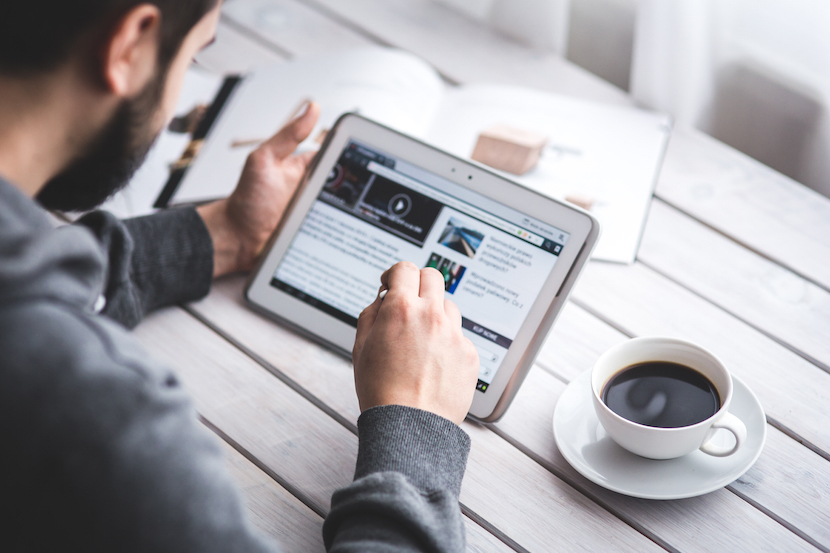 The Great Barrington Declaration is a sacrosanct document that should be celebrated for its stance against the encroachment of Covid-19 totalitarianism, writes Simon Lincoln Reader. Instead, once-revered media organs have joined the GBD-denialist cacophony as the levels of intolerance on both sides of the debate ratchet up. And watch out for the Stasi wardens stealing your grandparent’s ice cream or calling you names for not wearing a mask in the park. – Derek Alberts

I’ve canceled my subscriptions to The Financial Times and The Daily Telegraph and stopped reading most other publications, including the Observer, which is a shame because Nick Cohen, like Matt Taibbi and Glenn Greenwald, is one of the remaining left(ish) journalists whose heart has not been gone to the loo on by a feral pig. Not reading the Economist – not watching the BBC or Channel 4 News – will make you much happier, breathe deeper and possibly even disrupt your annoying habit of passing water at 3:17am. If what you seek is an objective view of the economic implications of Covid-19, you might as well pony up for a compendium of Jackie Collins’ most adventurous scenes – at least there you have a toilet floor, a Hispanic doe-eyed chamber maid on her knees cleaning it and an unacceptable octogenarian billionaire wheezing as he tries to mount her in his pyjamas.

Shit where they eat

The reason why the UK government’s appalling decisions have not met with the forensic scrutiny demanded by circumstance is because Whitehall has been forking out for full-rate (unheard of – you ALWAYS get a discount), double-page Covid instruction/advert spreads. These newspapers, who were already in death spirals before the plandemic, are not exactly going to, if you’ll pardon my French, shit where they eat. But such uncharacteristic submission essentially means we’re paying for highly conditioned information that has not been peer-reviewed.

The Byline Times is the worst media in the UK, by some margin. It was founded by one of the most unpleasant people in the country, Peter Jukes, who also happens to be the organiser of the Byline Festival, which also is the crappest festival in the UK (its the only festival in the world where you can pay to be told i) you’re a rubbish person or ii) you’re a “far-right” rubbish person). Jukes isn’t just a smear merchant – he’s a coward too. On Twitter he once accused a far more accomplished and talented writer of instigating violence against Muslims. The writer then summoned my friend Mark Lewis to deal with him. Lewis cracked him so hard that not two days later we had the usual “oh-my-God-am-so-sorry-really-didn’t-mean-it” whimpering.

Last week the Byline Times attempted a major hit job on the Great Barrington Declaration (GBD). For those who don’t know, this document, encouraging a Sweden-style response to Covid and authored by Harvard’s Dr. Martin Kulldorff, Oxford’s Dr. Sunetra Gupta and Stanford’s Dr. Jay Bhattacharya, is the only thing standing in the way of Joe Biden-style mental lockdowns (“zero Covid”) for the next century. With other signatories including South Africa’s own Nobel laureate Michael Levitt and the UK’s distinguished oncologist Karol Sikora, the GBC is our one hope against the sight of COVID Stasi wardens peeking through your windows, stealing your grandparent’s ice cream or calling you racist for not wearing your mask in the park.

The Byline Times piece went all in, trying to frame the GBD as a tool of climate change deniers, via the presentation of obligatory links to – of course – the Koch brothers.

Firstly, the greater consequence of this era: never again will computer-generated catastrophe-models be taken seriously – not from politicians on pandemics, not from Michael Mann or his friends on climate change. For this, you can thank Neil Ferguson.

Secondly, the writer of his specific garbage exposes Covid’s ultimate insult – that it can and should be used as some kind of a “reset”, where certain industries or ways of thinking are buried, realising the ambitions that benefit one group, but liquidate others.

This is not once-off. Across the west there are literally hundreds of thousands of hard lockdown fanatics who sniff some sort of opportunity here, but can’t quite define it yet, and so demand everyone be imprisoned until they can. And what makes this scenario more alarming is that the media – present company, the WSJ and Reuters excluded – appear to have assumed this unscientific, hysterical and misanthropic position alongside them.