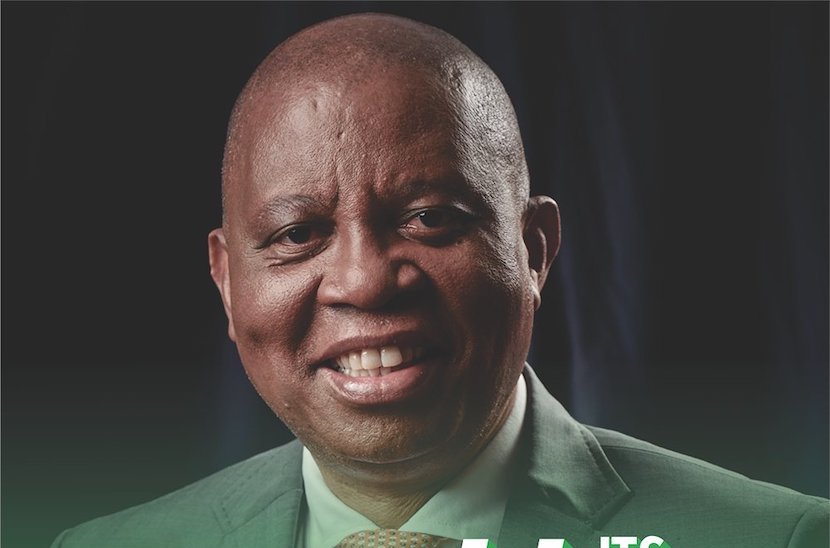 Entrepreneur Herman Mashaba, a former Johannesburg mayor and DA member, has taken the next step in his political career by launching Action SA to contest three municipalities in 2021. Ex-ANC MPs Makhosi Khoza and Vytjie Mentor have joined him as have former regional DA leaders Funzela Ngobeni and Abel Tau. These individuals have all been outspoken about corruption, with Mentor blowing the whistle on Zuma’s close friendship with the Gupta family. Mashaba left the DA over a leadership disagreement at the end of 2019. He set up The People’s Dialogue, a platform to facilitate discussion between SA citizens and himself, as a precursor to the official launch, last month, of Action SA. Mashaba says his party will not tolerate corruption or xenophobia. In this piece, popular columnist Simon Lincoln Reader explores how Mashaba can reduce the risk of his party being insignificant, like Agang or Cope. – Editor

Herman Mashaba’s virtual party launch featured some of the themes explored by both the Democrats and Republicans in their respective conventions in the preceding week and a half.
Watching, then coupling the sentiments to what we already know of Mashaba, its impossible not to feel genuine affection for his ambition (Republican) and his despondency (Democrat). He is brazen, courageous, pissed off, naive and ruthless. But the saviour complex is a fickle attraction; people subscribe to New Labour hype of the mid 90s, and usually end up with Cope-ified version of Agang.

This is my story, South Africa.

It is ACTION that helped me build a successful career, and this is what motivates me to take ACTION to save South Africa.#ItsTimeForAction pic.twitter.com/4bL70ZJKX6

If Mashaba is to assume a fixture in opposition politics, he should be conscious of exhaustion and incoherence. Furthermore, should seek a rapport that considers the changes, trends and realities of frontline politics located in five points.

1. The electorate is more intelligent and compassionate than politicians give it credit for

Contrary to the rubbish processed in the Beijing24 sausage factory – and by fake news clowns like Nikolaus Bauer and Mzwandile Masina – the majority of South Africans are not racist. This should be the primary feature of all party correspondence (see point 4).

2. Remove the words “social justice” from any association with Action SA

It is present not only as a party “value”, but also in section 1.2.5.4 of the constitution. But what does it even mean?

You cannot establish a political alternative on the same thing that Ace Magashule will use in his defence when he is eventually hauled before the courts. It is in the name of “social justice” that Jacob Zuma corrupted himself, that Zandile Gumede makes an indignant return, that Piet Rampedi still writes – and in whose spirit Democrat-run cities in America burn. “Social justice” has never rescued the impoverished, overthrown a dictator or unified a country; it is unimaginative, confusing, bleak, irrational, elitist, revisionist, censorious and vexatious.

The same constitution claims to be against the expropriation of land without compensation. I’m afraid nothing is more social justice-y than the confiscation of private property, so why don’t we quickly just put two in the back of the term’s head, quicklime the grave then try eliminate any trace of its existence shall we?

During your Facebook launch, some synchronised squealing saw Beijing24 publish a rapidly composed hit job written by someone called Anthony Johnson, entitled “Herman Mashaba wants you to forget”. He smeared you as a warlord xenophobe, destroying the lives of the poor. Johnson, predictably, is an “educator” – his bio claims he studied Johannesburg “as part of ethnographic research for his PhD”.

Don’t misinterpret this as an extension of Jacob Zuma’s “clever blacks” remark: with the notable exceptions of Anthony Butler, Richard Calland, Steven Friedman, Tinyiko Maluleke and Raymond Parsons, neither listen to nor seek advise from academics. Like their European, American and Antipodean counterparts, the majority of South Africa’s academics are hyper-partisan and anti-opportunity – the people responsible for the oil slick of “social justice” across campuses, and peddlers of myths, eg. You’re a xenophobe.

As neither no longer require any talent, academia and the media (present company excluded) are the contemporary lairs of activism. Take no notice.

One of the most disappointing events of Cyril Ramaphosa’s first term occurred in June 2020.

Covid prompted solidarity on a scale ordinarily reserved for Rugby World Cup victories. Terrified that the impoverished would bear the cost of the disease (and accompanying government ineptitude), many white South Africans quickly organised, registered funds, donated and participated in feeding and medical supply schemes.

But in June, shortly after an unrelated incident in Minneapolis over 14,000km away, an uncomfortable-looking Cyril Ramaphosa decided to Zoom-scold white people.

His discomfort betrayed the fact that he knew he was importing a foreign culture war into a place where it had no purpose; he remarked, because he – or someone close to him – felt it was necessary. It wasn’t.

Politicians in the supposedly civilised world are especially guilty of this condition. Choose battles wisely.

5. Accept that, until further notice, many people whose support you desire still see Helen Zille as the real opposition

No, these people are not alt right (whatever that means). Mostly, they are normal, decent democrats concerned at the merciless demonisation of Zille by sensitive little Tamboerskloof SJWs like Chris Roper and the Africa Check bots (it would appear that a noisy percentage of white South Africa wish to see opposition politics reduced to radical extremists.

In many people’s minds, the lack of explanation provided for the deterioration of your relationship with her is puzzling – and something which gives unnecessary weight to John Steenhuisen’s recent remarks about Action SA belonging in the splinter section of the party heap.

Finally, learn to troll – and seize the opportunities. One emerged on Friday, when a letter addressed to The President, marked private, was curiously leaked to half a dozen media houses within walking distance from The Butcher Shop and Grill in Sandton City. Whilst it held Jacob Zuma’s signature, it was so obviously written by Carl Niehaus. That no opposition party exploited this and hounded Zuma or Niehaus wasted another opportunity to expose what a mess the battle between factions has made. These things count.