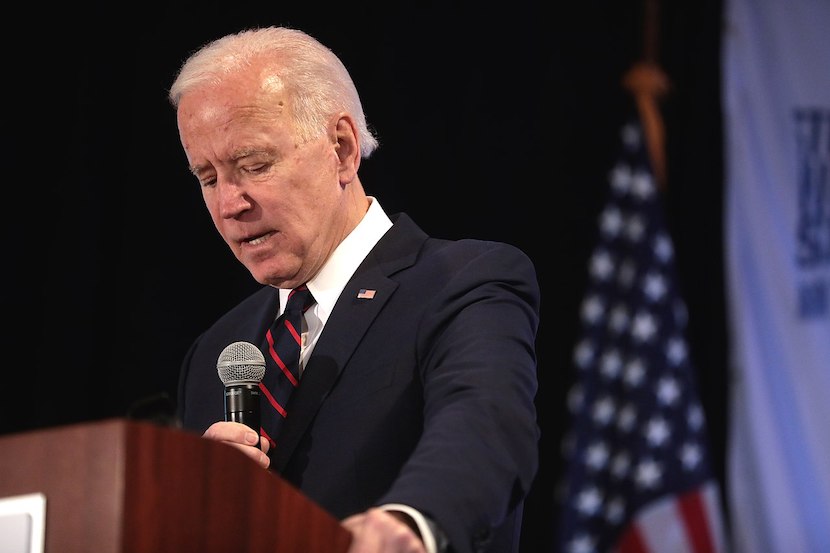 According to the Washington Post, on 11 February 2020, President-elect of the United States Joe Biden said that he was arrested while trying to see Nelson Mandela.

On a second occasion, Biden reportedly said the following:

“After he [Mandela] got free and became president, he came to Washington and came to my office. He threw his arms around me and said, ‘I want to say thank you.’ I said, ‘What are you thanking me for, Mr. President?’ He said: ‘You tried to see me. You got arrested trying to see me.’”

In fact, former Vice President Joe Biden told voters during three campaign appearances in two weeks that he was arrested in South Africa while trying to visit Nelson Mandela.

A question of memory?

While Biden was active in the anti-apartheid movement as a senator, there is no evidence to prove that he was ever arrested for trying to see the imprisoned future president. The New York Times also revealed that Biden’s 2007 memoir makes no mention of any such arrest. In fact, Biden has never mentioned it before and it can’t be found in any news reports.

The Post also makes a compelling argument about the ridiculousness of Biden’s first statement. Soweto is a township near Johannesburg, so to get to Robben – not “Robbens” Island – would require a two-hour flight to Cape Town, followed by a lengthy boat trip. Biden is apparently referring to a trip in 1977 with the UN ambassador, Andrew Young. However, Young, a former congressman and mayor of Atlanta, says that while he had often travelled with Biden (including visits to South Africa), he was never arrested there.

Young considers Biden a friend and “emphasises great respect” for him but he believes the former vice president must have been confusing his stories. Apparently, on one trip, Young says he and Biden “were not jailed, but we were retained by South Africa police,” who would not let the lawmakers get back to a military base in Lesotho so they could board their plane. Eventually a colonel arrived and the matter was resolved.

As for Biden’s claims about trying to see Mandela, Young said he repeatedly sought permission to visit Mandela between 1974 and 1990, but was always denied.

When asked for comment by the Washington Post and the New York Times, the Biden campaign declined to respond. Towards the end of February (and after the Post published its article) Biden’s communications director Kate Bedingfield offered a puzzling explanation for the supposed arrest.

“He was separated from the [Congressional Black Caucus] members he was traveling with at the airport, when he landed,” she said. “It was a separation. He was not allowed to go through the same door as the rest of the party he was with. Obviously, this was apartheid South Africa. There was a white door. There was a black door. He did not want to go through the white door, and have the rest of the party go to the black door. He was separated.”

However, as the Post notes, congressional delegations at the time did not land in South Africa but in Lesotho – a kingdom that achieved independence in 1966.

During an interview with CNN, President-elect Joe Biden was asked about this alleged incident and finally acknowledged that he was not arrested. Again, he referred to being stopped by South Africans, even though he was traveling to Lesotho.

“I wasn’t arrested, I was stopped. I was not able to move where I wanted to go.”

“They had me get off a plane – the Afrikaners got on in the short pants and their guns. Lead me off first and moved me in a direction totally different. I turned around and everybody, the entire black delegation, was going another way. I said, ‘I’m not going to go in that door that says white only. I’m going with them.’ They said, ‘You’re not, you can’t move, you can’t go with them.’ And they kept me there until finally I decided that it was clear I wasn’t going to move.”

The Washington Post spoke to a white member of the mostly-black congressional delegation who said he strongly supports Biden for president but that he has “no recollection at all” of the incident at the airport.

“We had no problem with airports at any of the countries we visited,” he said. He also remarked that Biden was not the only white man on the trip and that such a confrontation in Lesotho was unlikely because it did not have apartheid.