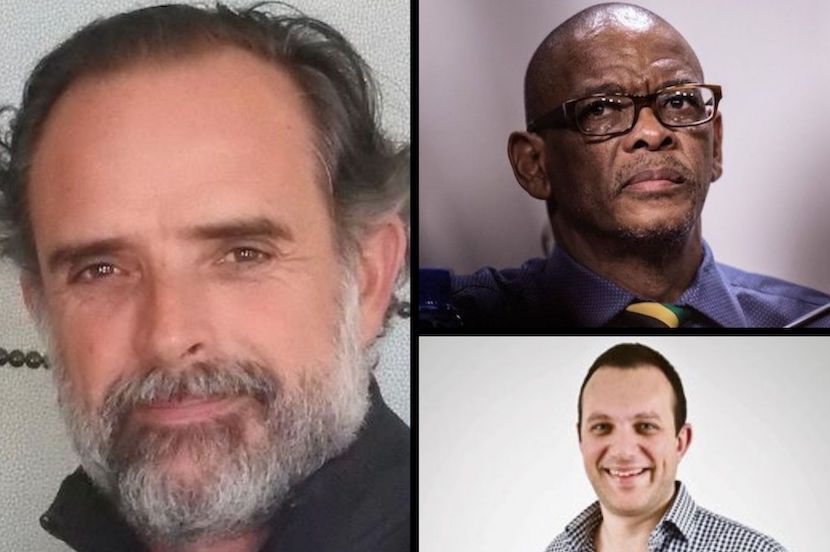 Irreverent columnist Simon Lincoln Reader has had a lot of fun reflecting on 2020. Instead of plunging us into depression after a hard 12 months, he has applied his razor-sharp wit to put forward his nominations for awards for those who made their mark in the year of Covid. You either love or hate SLR, though his strong following suggests more in the former camp; the same could probably be said of his prize-winners. He has also produced a Late Night Live style show with two mates for you to watch. But be warned: the language is fruity at times and the content won’t suit the PC brigade. – Jackie Cameron

Welcome to the 3rd annual Biznews.com Awards of the Year. With 2020 being the strangest in living memory, we have decided to respond in two parts: firstly, with the awards column and secondly, with a video of the year in review in which a small panel will examine certain events that unfolded.

[NOTE: New categories have been added and others eliminated: who cares about cabinet appointments when political hypocrisy has mainstreamed and leaders now take the knee before their own stupidity?]

So to this year’s first prize…

Remarks: In any other year, Joanne Rowling would have nailed it. Her defiance of the trans orthodoxy resulted in her being de-platformed and cancelled, by – amongst others – the snotty little actors whose careers would have been limited to a suburban Pizza Hut were it not for the best-selling author.

Remarks: A repeat of last year’s finalists, and a different winner – because it was just so bloody stupid. But the predictable result revealed the behaviour of people like Jerrold Nadler, the dawdling supervisor from New York, and Mitt Romney, the Mormon robber baron whose unconvincing attempt to reinvent himself as a civil rights activist debuted in June. Yawn. Next.

Remarks: At the United Nations in November, the CCP’s man in New York, Jiang Duan, condemned – with a straight face – the “systemic racism” pervasive in the United States. Questions around whether the suit he wore on the day was weaved with hair extracted from Ugyhur Muslims remain unanswered.

Remarks: The Big Guy, regularly the recipient of 10%, emerged from his basement in mid November with his carer to visit a CNA-equivalent – the latter directing the nice sales assistant to laminate a whole lot off stuff with the words “Office of the President-Elect”.

On the way home they visited a park, where Joe’s eyes seized painfully on a man sitting on a nearby bench, before his lips started quivering and he pointed with a shaky finger. “Relax Joe, he’s not on fire, he’s just vaping,” his carer scolded gingerly him, “now come now, here, stare at your new copy of Reader’s Digest instead.”

Remarks: YouTube CEO Susan Wojcicki’s own grandfather was a Polish MP who resisted Communism’s tyranny in that country post WW II. Some generations later and everything is forgotten: “whatever, patriarchy”.

The condition is more complex and worthy of deeper analysis (see: part 2), but collusion between corporate media and Silicon Valley exists to eliminate / censor competition / dissenting opinion. Against this landscape, Roman Cabanac of Morningshot and Jerm have emerged as intriguing, alternative news sources unshackled by political correctness.

At the other end, New Frame is neat and presentable, but goodness gracious is it woke. And woke, well, you know what happens…

Most Annoying Political Statement of 2020

Finalists: “Trumpism” (Global); “Listen to the scientists!” (Global); “Criticising Israel Does Not Qualify at Anti-Semitism” (Global, but particularly relevant to the British, South African middle-class left).

Winner: “Listen to the scientists!”

Remarks: The question I want answered is this: does he make his lover’s husband watch? Or does she? Circumstantial evidence would suggest its her – she used to work for George Soros, and there’s an innate cruelty in these sorts of people. But wouldn’t it be funny if it was Ferguson who ushers the helpless dweeb into a chair in the corner of the room and instructs him to sit still there for 3 minutes or less?

Remarks: When the rubber hits the road. By placing their faith into the “Scientist’s Collective”, the Daily Maverick appears to be acknowledging that at some point in the not too distant future they too will be circulating an email to staffers, informing them they will be permitted to bring their cats to work to comfort them the day the proverbial hits the fan.

Special mention to EWN. This lot have unwittingly placed their reputation in the hands of the Never-Trumpers at AFP, which is tragic. There was a time in Primedia’s history when Jeremy Mansfield belched on air, when Samantha Cowan boasted about how she could demolish four litres of Ultra Mel custard in a single broadcast and when Revin John threatened to summon all southern suburb Karens and their FUPAs to a parking lot near Glenvista where they could stamp their feet as he delivered a political message about how crime was completely out of control. What a shame.

Remarks: Nasty piece of work. Was even given extra marks for being the only finalist capable of controlling his urges (that we know of).

Special mention to Verwoerd, who surprisingly didn’t end up frightening herself to death with paranoid rage (nobody gets away that easy Missy: you’ll still be alive when the ANC starts being remembered like it was the Manson Family – good). Was particularly divisive in 2020, and you would expect her to know a thing or two about dangers of advocating division…okay let’s just stop right here.

Remarks: This mad cow once got into a fight with a fellow reporter. Fortunately others intervened just as Wigan’s finest was about to draw her blade (see photo).

This week she was taken off air for breaking lockdown rules – the same things she has spent the year condemning others for – and now her career is reportedly hanging by a thread.

So she’s buggered off to South Africa, and it’s the poor bloody lions of the Kruger National Park who’ll have to tolerate her piercing squeal for the next few weeks. Oh go on then Simba and co, do us all a favour…