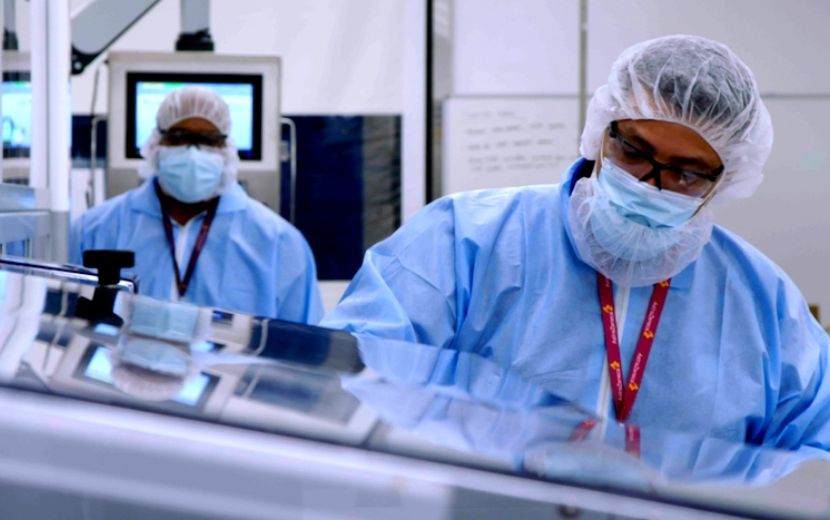 The United Kingdom has added the AstraZeneca-Oxford Covid-19 vaccine to its arsenal in the fight against the second wave of the virus. The UK is the first country to approve the vaccine for use in a global race to beat the pandemic. The approval of the vaccine is good news for developing countries because the other vaccines currently in use pose massive logistical challenges for developing nations. The Moderna and Pfizer-BioNTech vaccines both use messenger RNA technology, which requires extremely low temperatures to keep them from spoiling during transport and storage. The AstraZeneca-Oxford vaccine doesn’t require expensive cold chain infrastructure. – Melani Nathan

(Bloomberg) –AstraZeneca and the University of Oxford’s Covid-19 vaccine won UK clearance, marking the first approval worldwide for a shot that’s faced questions but will be key to mass immunisations.

The vaccine will be prioritized for the country’s most vulnerable groups, with shots starting on January4, according to the government. It’s the second coronavirus injection to be cleared for emergency use in the UK after Pfizer and BioNTech’s in early December.

The move will help the UK ramp up vaccinations as a new surge in coronavirus infections strains hospitals. The country has reported record numbers of Covid-19 cases this week, with a new variant of the pathogen raising concern globally.

Britain has responded with one of the western world’s swiftest vaccination programs, and more than 600,000 people were given shots by Christmas. It raced ahead of the US, which is immunising an average of 200,000 people a day and has used just a small percentage of available doses in many states.

UK Health Secretary Matt Hancock said he was confident that with the AstraZeneca shot added into the mix, the country will be through the crisis by spring. The vaccine can be deployed swiftly because it’s easier to transport and store than the Pfizer-BioNTech one, requiring only refrigerator temperatures rather than deep freezing. The UK has bought 100 million doses.

AstraZeneca shares rose as much as 1.8% early Wednesday in London.

A first dose will be given to as many people as possible, followed by a second injection four to 12 weeks later. A government advisory group said the priority should be to vaccinate large numbers as quickly as possible rather than completing a two-shot regimen that offers the strongest protection right away.

“We will start to get ahead of the pandemic, protect health and economies when the vulnerable are vaccinated everywhere,” said Andrew Pollard, Oxford’s lead investigator for the vaccine.

Although the vaccine has shown effectiveness, it also faces questions over discrepancies in clinical-trial results. The UK’s rapid clearance “is likely to prove controversial,” Sam Fazeli, a Bloomberg Intelligence analyst, said in a note.

When patients were given two full shots, the vaccine was 62% effective — less than the Pfizer-BioNTech shot and another from Moderna. A group that accidentally received half of the first dose showed better protection, with efficacy reaching 90%. But participants were 55 years old or less, and because older people who are most at risk of severe Covid-19 often show more sluggish immune responses, the results leave some doubt as to whether the efficacy will stand up to further testing.

A US trial that aims to evaluate the shot in 40,000 people is ongoing and should clarify some of these questions, with results expected early in 2021.

The vaccine has been approved by the UK on the basis of a two full-dose regimen. It was cleared for all adults over 18, with the first doses set to be released to the UK’s National Health Service on Wednesday.

The UK may soon be followed by others, including India, though the European Union and the US are not expected to act on the vaccine anytime soon. Astra said Wednesday it is seeking an emergency-use listing from the World Health Organization so that the shot can be made available to low- and middle-income countries as quickly as possible.

Developing countries have been counting on the success of the shot due to its comparatively easy storage conditions and lower price. The vaccine, which the partners have committed to provide at cost during the pandemic, accounts for more than 40% of supplies going to low- and middle-income countries, based on agreements tracked by London-based research firm Airfinity.

Read also: Why Pfizer Covid-19 vaccine will first be for the rich

“This is a moment to celebrate British innovation,” said Hancock. “This vaccine will be made available to some of the poorest regions of the world at a low cost, helping protect countless people from this awful disease.”

The UK was the first western country to approve a vaccine against Covid-19 in December. The NHS has said it hopes to be able to offer every vulnerable person a shot by late spring as more supplies become available.