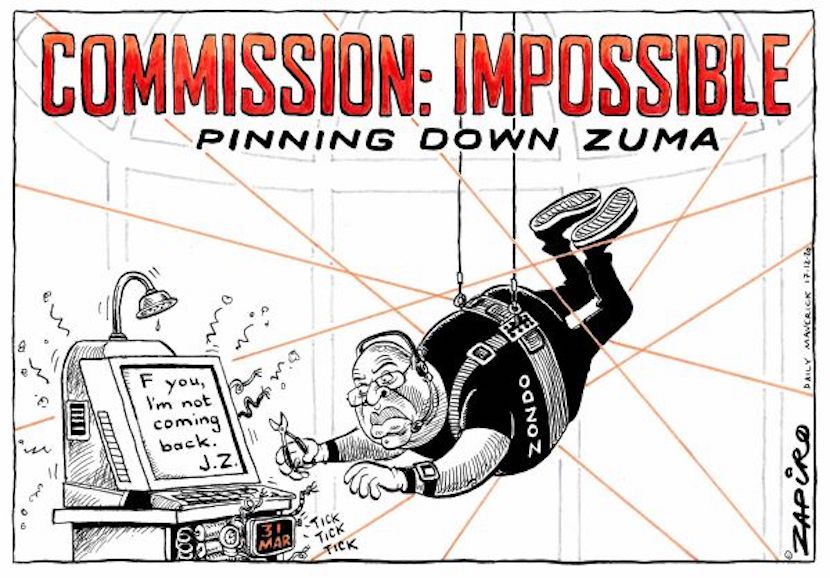 On January 28, the Constitutional Court ruled that Jacob Zuma must testify before the Zondo Commission. This comes after Zuma accused Judge Raymond Zondo of unfair bias. When his recusal bid was denied, Zuma abruptly left proceedings in defiance of the commission. In a statement, Jacob Zuma says he will not comply with the court’s ruling and that he is ready to deal with the consequences; “The Commission Into Allegations of State Capture can expect no further cooperation from me in any of their processes…” “If this stance is considered to be a violation of their law, then let their law take its course. I do not fear being arrested, I do not fear being convicted nor do I fear being incarcerated.” Former Johannesburg Mayor and leader of ActionSA, Herman Mashaba has written an open letter to government, urging leadership to investigate the possibility that Zuma is preparing to flee the country, and his obligation to face the probe into State Capture. – Melani Nathan

Reports emerging from numerous sources indicate that former President Jacob Zuma may be readying to jet out of South Africa to Russia in what is believed to be a bid to avoid his appointment with the State Capture Commission.

Our government has a responsibility to determine the veracity of these claims and act upon decisively if determined to be true. Denials issued by Duduzane Zuma, the Zuma family spokesperson, provide little credibility especially when they include the remarks “South Africans will be officially informed by the relevant people dealing with the matter involving the former president.”

ActionSA has learnt through sources that former President Zuma does intend to leave the country.

ActionSA calls upon President Ramaphosa and the South African government to immediately take possession of Zuma’s passport, as a pre-cautionary measure, to ensure that he cannot depart from the country until he has fulfilled his responsibilities to the State Capture Commission. This is to prevent the Constitutional Court ruling being rendered meaningless.

Zuma has demonstrated a willingness to treat the State Capture Commission with contempt and has a long history of employing legal tactics to avoid facing accountability in our courts.

The South African government has experience on how individuals like Omar Al-Bashir and Prophet Shepard Bushiri have left the country under similar circumstances. This is why ActionSA is calling upon President Ramaphosa to take proactive steps to prevent this.

If Zuma is allowed to depart the country, it would undoubtedly be in transport arrangements made and financed through the state benefits he continues to receive from the South African taxpayer. It would indicate a conspiracy to assist Zuma’s efforts to defy the Constitutional Court and his responsibilities to the Commission he was ultimately compelled to establish.

Should Zuma depart from South Africa to avoid his appearance at the State Capture Commission, ActionSA will be launching its own investigation to determine how this was authorised and which government officials enabled Zuma to depart.

We will also petition Parliament to remove the benefits Zuma and his family continue to enjoy from the taxpayers of South Africa, in response to his disrespect of the Constitution he was once sworn to uphold.