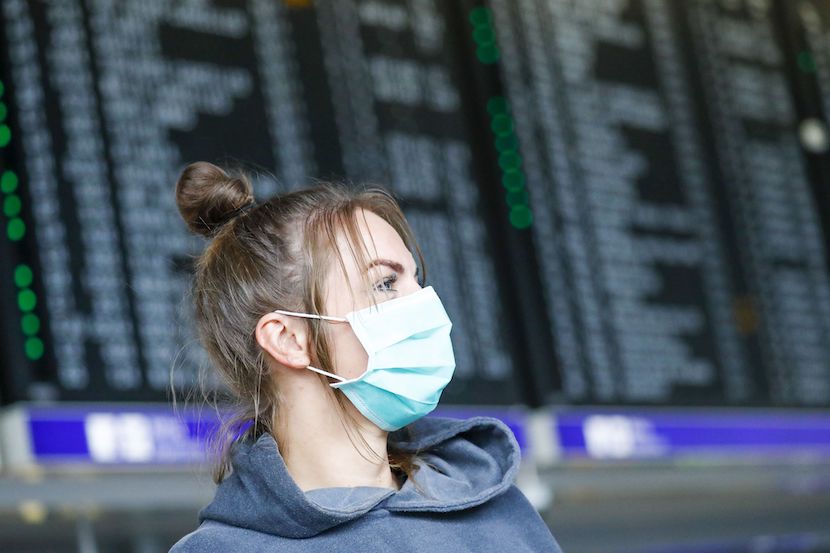 As Covid-19 vaccines continue to rollout across the world, more and more people are looking forward to returning to life as we once knew it. This includes international travel. For the past year, borders have mostly remained closed to prevent further spread of the virus. As more people receive their shots, the desire to travel grows. Governments are looking at so-called ‘vaccine passports‘ as the key to reopening international travel. But as Bloomberg reports, the uncertainty around vaccine efficacy or longevity ‘especially in the face of new variants’ means that relying on vaccine status ‘remains a leap of faith’, according to medical experts. The US CDC (Centers for Disease Control and Prevention) has warned against travelling, even for the vaccinated. – Jarryd Neves

The uncertain science behind vaccine passports

By Tim Loh and Todd Gillespie

(Bloomberg Businessweek) – Governments from Beijing to Brussels are turning to vaccine passports as a way to safely reopen international travel or provide cover to businesses that require close contact or large gatherings. But given all the uncertainty about the relative efficacy or longevity of competing shots—especially in the face of new variants—the use of vaccination status as a societal get-out-of-jail card remains a leap of faith, medical professionals say. “It may be that the immunity against Covid-19 will differ from vaccine to vaccine, and since we haven’t had these vaccines out there for very long, we may not be able to tell for two years,” says Birger Forsberg, a professor of international health at the Karolinska Institutet in Stockholm. “You can speculate, you can make theoretical or immunological models and so on, but as it is said, the proof of the pudding is in the eating.”

Few places illustrate the tensions as clearly as the European Union, which is badly trailing the U.S. in its vaccination campaign and relies on free movement of people as a central pillar of its existence. That concept has been under assault during the pandemic, as countries close borders—at times seemingly overnight—for the first time since World War II.

The European Commission in March proposed its Digital Green Certificate, which would be issued to those who have recovered from Covid, recently received a negative test result, or been vaccinated with a shot approved by the European Medicines Agency. For now, that includes vaccines only from Pfizer/BioNTech, Moderna, AstraZeneca, and Johnson & Johnson.

So much for the easy part. EU rules allow individual member states to clear vaccines on their own in emergencies. Some Eastern European countries have done just that, giving nods to shots including Russia’s Sputnik V and China’s Sinopharm. Under the EU’s plan, any country that clears an alternative shot can grant special privileges—say, lifting testing or quarantine measures—to anyone who’s gotten that same shot elsewhere. But other EU countries don’t need to extend those entitlements. That’s miffing countries like Hungary, where Prime Minister Viktor Orbán received the Sinopharm shot. “A potential Covid passport can’t be discriminatory against anyone,” Hungary Foreign Minister Péter Szijjártó said on March 16. “All vaccines approved by national authorities in accordance with European rules must be recognized in European Covid passports.”

Although the crop of vaccines approved in the U.S. and Europe have demonstrated impressive abilities to prevent mild to severe cases of Covid, it’s unclear how well they stop transmission—or how long that protection will last. That’s one reason many medical experts continue to urge vaccinated people to follow social distancing guidelines.

Encouraging data are emerging. A study in Israel found that the Pfizer shot blocked 94% of asymptomatic infections after people received the second dose, strong evidence for a drastic reduction in transmission. Just a single shot of an AstraZeneca or Pfizer vaccine given to U.K. health workers appeared to reduce the rate of infection for others in their households by at least 30%, according to another study.

Yet it’s hard to compare the efficacy of different shots, because their clinical trials took place at different times and locations. The J&J shot underwent trials amid an explosion of more highly transmissible variants such as the one first seen in South Africa; the Pfizer/BioNTech jab did not. And while researchers are studying how well shots perform against existing variants, it’s impossible to say how they’ll fare against strains that emerge later—which suggests that a vaccine passport’s supposed seal of approval for a person’s protection against Covid could fade with time.

There’s also a risk that countries could change their positions on which vaccines they consider reliable. Europe has already changed its mind repeatedly about how safe and effective the AstraZeneca shot is. Such reversals could cause headaches for people who are far from home. “What happens if I’m sitting in another country and my vaccine is paused?” says Melinda Mills, who recently co-led a report on vaccine passports for the Royal Society. “What is a valid vaccine? It’s a moving target.”

For the foreseeable future, those questions won’t even apply for many people, simply because they won’t have received a Covid shot. That’s certainly true for most children around the world, which raises the question of whether vaccine passports make sense in the near term for family travel.

That’s why the EU is including testing and proof of having already recovered from Covid as the two other paths to enjoying the benefits of its proposed passport. Still, these are also imperfect ways to show someone won’t touch off new clusters of infection. The pandemic is just over a year old, yet there are growing numbers of documented instances in which people have been reinfected—a threat that will only grow as variants mount. And while requiring people to show up at a border with a very recent negative Covid test is certainly a helpful step, it’s not foolproof. Many European countries required such tests when they loosened border restrictions last year, and still found that travel was a driver in the surge of cases they experienced in the late summer and fall.

“Addressing the challenges of vaccine passports is like peeling an onion,” says Howard Koh, a professor at the Harvard T.H. Chan School of Public Health who also served as an assistant secretary at the U.S. Department of Health and Human Services under President Obama. “There are just many, many layers that you don’t necessarily consider when you start thinking about the issue. There could be many unintended consequences.” — With Zoltan Simon