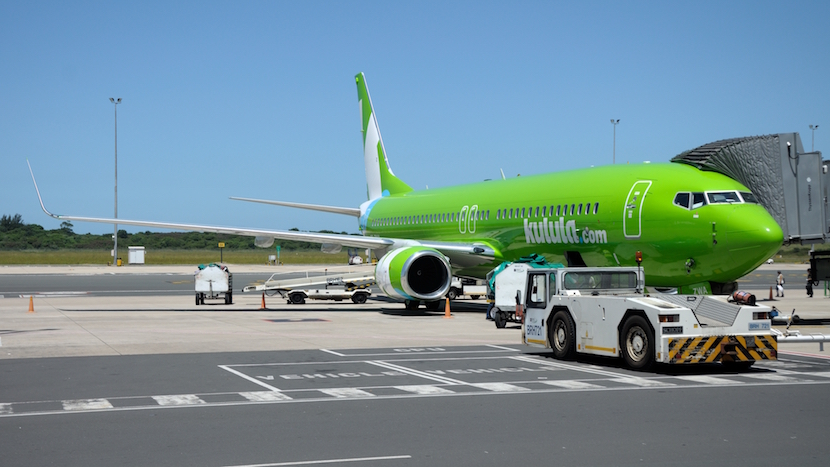 Gidon Novick is the founder of Lift, South Africa’s new low-cost airline. He spoke to the BizNews Power Hour on the demise of Comair and Lift’s take off. Novick told host Alec Hogg that the secret to an airlines’ success is the culture, making sure that employees are happy at work and giving customers a great experience.

I suppose it’s a story of every industry – it goes through cycles and business models change. My father and I were involved in the business for many years. We left about 10 years ago. We were both quite happy to be out of the airline industry and the models changed. There’s a lot of factors which I think are required for a successful airline today. One of the big issues – which ultimately becomes the Achilles heel – is an excess of debt and volatility in the market. When the model can’t afford to sustain the volatility or deal with the volatility, the debt becomes the killer at the end of the day.

Gidon Novick on how debt is built up in airlines:

The debt in that business and in many airlines around the world is built up on aircraft and a bullish view of the future – purchasing new aircraft and getting the cycle wrong. There’s massive cycles in this industry and those cycles have a dramatic impact on the cost of the major asset in the business – which is aircraft.

Interestingly, if you look at what’s happened now with Covid, aircraft values have come down by around two thirds from about a year ago. If you think about that from a kind of entry point of view, if you get in at the wrong time of the cycle – and if you take on debt to finance these expensive fixed assets – it’s very difficult to recover.

Gidon Novick on the support US airlines have received compared to SA airlines:

One airline’s been very heavily supported over the years to the effect of R30 billion or some massive number. That’s obviously coming to an end. state subsidies – certainly in this country – are not affordable going forward. But that’s been a big factor. it’s kind of distorted, I suppose, the inherent risks in the industry – which become exposed in an environment with excessive debt pit.

Piet Viljoen on whether he looked at Comair as an investment:

There was a time I did look at it, but it’s not really an industry that is fundamentally attractive most of the time. There comes times [that] the survivors offfer buying opportunity. Unfortunately, Comair wasn’t one of the survivors – at least for the equity holders. But I think globally, if you look around the world right now, some of the airline stocks are actually doing really well.

The guys who have been able to survive. It’s a very cyclical business. If you can get in at the right time, it might make sense to allocate a small amount of capital to the industry.

It certainly is a risky business with these massive cycles. Our take on it – certainly my take on it, after having mixed experiences in the industry – is really to try and build a fundamentally different model. The model can’t have a lot of debt. Debt [and] running out of cash is ultimately what kills businesses. Excessive debt – certainly in the airline industry – is at the core of that. That can’t happen.

With demand being so volatile, particularly now with covid, one needs to be so flexible and agile in the business model. In other words, in the Lift model, we’re able to scale up and scale down very quickly and very easily, ensuring that we’ve always got a very low fixed cost base. I think that’s a model that is sustainable and durable over the long-term.

Gidon Novick on whether he would consider listing:

I think listing’s an interesting one. I don’t typically get into businesses to exit them. I prefer to get in and try and build something durable over time. If there’s an exit, that’s fantastic. But I think listing is an option in South Africa. The industry gets a lot of attention and is attractive to many people.

I think listing – certainly in the Comair scenario for many years – was a successful financial construct for the entity. So yes, we would be keen – only once we’ve built a solid track record to do that.