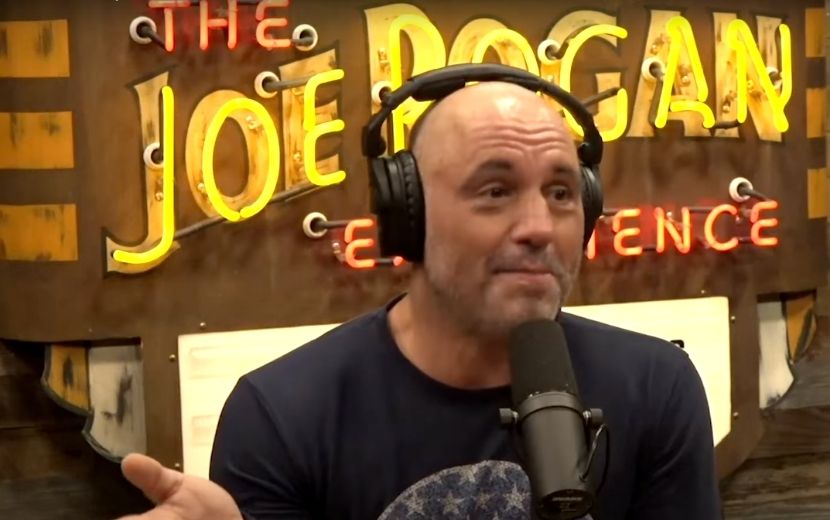 Joe Rogan is arguably the most popular and – of more paramount importance in these times – independent podcasters on Earth. Last week Rogan got Covid-19 after engaging in that dreaded and frowned upon activity which we used to call human interaction. Rogan proceeded to publish a video detailing his experience with the virus which included details of the cocktail with which he was treated – one similar to that prescribed to former US President Donald Trump last year – which included Ivermectin and monoclonal antibodies. The video – published yesterday – currently has almost 4 million views and has so far managed to evade the YouTube censorship police. That’s not to say there was no backlash, with CNN being the most offended by Rogan’s ‘misinformation’ rant. Simon Lincoln Reader, a London-based technology investor and popular columnist at BizNews, delivers yet another frank and delightfully thought-provoking take on the spectacle that played out over the last week, asserting that; ‘The net result of stupidity colliding with the reckless and evil pursuit of popularity is unnecessary division – but we are now way past speaking of division as though it can be something overcome.’ – Nadya Swart

If you wanted to take the temperature of western civilisation, nearly two years into the coof, just to check whether we’re all wankered up enough yet, this past weekend may have been a good time to do it. What happened over the course of 72 hours reveals the duplicity, the stupidity, the arrogance and the unnecessary tragedy that defines the air bagged, risk-averse narrative. It is a spectacle that involves Joe Rogan, Rolling Stone, Ivermectin, media aligned to the Democrat establishment in the US and the panicked desire to censor facts awkward to Anthony Fauci-sm.

Firstly, about Joe Rogan: the only reason why the world’s most successful podcaster outrages the Fauci cult is because he became successful without the permission of blue check Twitter or humanities academia. Far more reasonable than 99.9% of journalists employed by the corrupted editorial policies of prestige media, Rogan has thrashed them all, continues to thrash them all – and this eats away at them like a live repeat version of the NPC wojak meme.

One example in South Africa: in June Alec Hogg shared, to his Twitter feed, an extract of a Rogan discussion on mask mandates and the Wuhan lab origin theory. What happened next was that the data monkey and former Mail & Guardian editor (acting) Chris Roper, whose permission was definitely not sought by Rogan as he built his monumental following, attached to the tweet a veiled smear that Hogg was – by reposting entirely reasonable and uncontroversial opinions – “venturing into the alt-right jungle”. Tellingly, the main nodding correspondent to Roper’s retweet was the failed former DA chancer Phumzile Van Damme.

A week and a half ago, Rogan got the coof. A few days later he published a video in which he explained how he was treated: included in his medical plan, administered by his doctors, was Ivermectin and monoclonal antibodies – a cocktail similar to Donald Trump’s prescription last year. Immediately that sound of the late 1990’s fax machine connecting roared: Faucism was gearing up for an insulting response.

These experts on the coof, who were just last week experts on climate change and the week before that on Afghanistan, wrecked themselves over Rogan’s admissions, before lining the street with palms to welcome the world’s most tragic magazine founded by one of the world’s most awful men. Rolling Stone, who already self-immolated with a fake rape hoax some years ago, immediately leapt onto the illusion of mood (describing Ivermectin as “horse paste”), and published a fake story about a doctor’s fake claims – which it then admitted was fake…but not before Joe Biden’s media cheerleaders seized it.

The net result of stupidity colliding with the reckless and evil pursuit of popularity is unnecessary division – but we are now way past speaking of division as though it can be something overcome. There was almost certainly important information within this spectacle: about treatment, about expression without fear of being attacked by bent scumbags like CNN’s Jim Accosta – and ultimately, about personal choice. Now, just pitchforks (with rainbow flags attached to the handles).

But sometimes to attack is to embolden. On Monday, The Intercept, owned by the world’s weirdest billionaire (hardly a fixture of the “alt-right”), secured a trove of secret documents relating to the funding of the Wuhan lab that appears to contradict – once again – claims Fauci has made in the past. If Rolling Stone went into the weekend with the objective of humiliating Fauci’s enemies, then the opposite has happened – and unless Joe Biden can find something sharpish to screw up again – there’s about to be a whole lot more fighting.