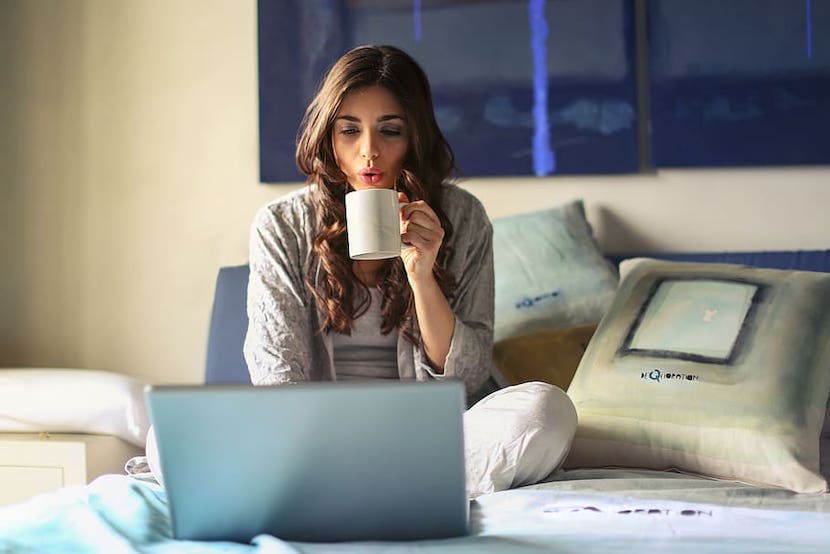 In March 2020, Covid-19 sent South Africa into an unprecedented fluster. The government announced that South Africa would be going into a lockdown, to prepare the healthcare system and stave off the virus. As we all adjusted to working from home, many realised this was, in fact, the way forward. But as the months rolled by, people started to miss the in-person interaction an office affords and the ability to work as a team. Hybrid work was heralded as the best combination, a few days in the office and a few at home; the best of both worlds. Yet, remote work also has unrealised benefits. Pre-Covid-19, employees were often tied to a city or country as their work kept them there. With the widespread adoption of remote work, people have realised they can keep their high-paying city jobs but move out of the bustling centres for a better, quieter and cheaper personal life. This trend has been seen across the United States and parts of Europe, too. Large groups of citizens – who once populated expensive cities such as California and New York – traded in the glamour of the fast-paced cities for a quieter, far smaller town. Journalist Ivo Vegter writes how this trend may play out in South Africa. “With better remote working options, however, educated white-collar workers have far more [choices]. They can easily work for a Johannesburg-based company, while living in a coastal town or country village in the Western Cape.” This article first appeared on the Daily Friend. – Jarryd Neves

How working from home will drive semigration

For many people, especially those employed in cities, the pandemic lockdowns that started in March and April 2020 engendered feelings of isolation. They weren’t allowed to go to work, because face-to-face meetings and shoulder-to-shoulder work environments risked spreading the deadly coronavirus.

Many companies, by force of necessity, implemented work-from-home policies, which they were strongly encouraged to sustain even after the most restrictive lockdown measures were lifted.

I already worked from home, living in a small town. The pandemic lockdown has made me more connected than I have ever been since leaving the big city twelve years ago. Since everyone moved their face-to-face meetings to popular video-conferencing software, I was able to connect and participate in ways that I had previously sacrificed for the peace and quiet of small town living.

A few months after the start of the pandemic, experts began to speculate that working from home might become a permanent feature for many South African businesses. Anecdotal evidence was coming in from employers that remote working did not negatively affect productivity, but did improve employee satisfaction, stress levels and work-life balance.

Working from home proved to have many benefits: less time wasted in traffic and reduced transport pollution; reducing the amount of office space needed; increased productivity, especially by reducing the distractions of co-workers and watercooler chats; improved work-life balance, especially for workers with children; fewer sick days, as employees are less exposed to contagious diseases and less likely to skip work with mild colds; the availability of a larger talent pool because employers are no longer restricted by geography and time zones; better job satisfaction; reduced overhead costs, even if work-related at-home costs are reimbursed; and greater flexibility and freedom.

The working-from-home idea is interconnected with broader driving forces. While the global trend has been towards urbanisation, the pandemic may have put the kibosh on that idea. While people still flock to cities for manufacturing or retail jobs, many white-collar workers are fleeing in the opposite direction – especially in South Africa where cities are widely viewed as stressful, unsafe, and poorly governed.

As I’ve written before, the vision of compact, eco-friendly, high-tech cities, with high-density living and walkable streets, may have been killed by Covid-19. In a fascinating essay on the return to the countryside written by Joel Kotkin and Hügo Krüger, the authors argue that working from home, sparked by the pandemic, has accelerated the move away from urban living.

In South Africa, they report, working from home has become a reality for nearly 80% of office workers, and half of those feel both that their productivity improved, and expect to be permitted to continue to work from home after the pandemic is over. This pattern repeats itself the world over.

Another local survey found that 40% of professionals would like to work remotely full-time, while another 27% wanted to work from home at least 50% of their time, going into the office only for face-to-face meetings and client engagements.

However, it also found that employers were far less sanguine about this prospect. Half were prepared to be accommodating, with reconfigured office space, better mental health and wellbeing policies, and increased investment in technology, apps and tools, but a quarter expressed concern about employee productivity as a key barrier to long-term remote working.

It hasn’t been all smooth sailing for employees, either. Three quarters of respondents to a home worker survey claim video calls make them more anxious than telephone calls, and half found video meetings worse than face-to-face meetings.

Despite this ‘Zoom fatigue’, a Microsoft survey of 30 000 people across 31 countries revealed that 73% of workers want flexible remote work options to continue, but 65% also want more in-person contact with their teams.

However, the same survey found that working from home also brought with it challenges. Half of respondents said they felt overworked, and a third complained of exhaustion trying to keep up with unstructured communication and ad hoc meetings. Although bonds with close team members improved with remote working, interactions with those outside those teams declined. This led to shrinking personal networks and less innovation.

Remote work has made workers less settled and more empowered, however. Many feel willing to reconsider their current employment, their career trajectory, or even their entire lives.

Even so, the 2021 Global Workplace Report by NTT, which owns Dimension Data, says 65% of organisations either have returned to pre-pandemic on-premises work, or plan to do so in the near future. Only a quarter expects to evolve some hybrid model between on-premises and remote work, while a mere 7% says they’ll abandon the pre-pandemic workplace operating model altogether.

The challenges of working from home persist. According to the NTT report, 81.5% of organizations agree (43.2% strongly) that homeworking has challenged organisational performance, while 81.2% agree (41.4% strongly) that home-working during the pandemic has been challenging for employees.

Employees are a little more relaxed about it, but a majority concede the concerns of their employers: 61.0% of employees say their employer struggles with having employees at home, and 58.3% say that working from home is challenging and/or problematic.

Many of the challenges are related to technology, however, and are likely to resolve themselves as companies build out secure remote-working facilities and access to corporate networks and information services.

On returning to company premises post-pandemic, the report says, nearly three-quarters (74.8%) of organizations expect their hybrid workers to work from the office for at least half the week, while just over one in five (21.2%) say hybrid workers can spend most of the week working remotely.

In South Africa, the rise of remote working is likely to facilitate the trend towards ‘semigration’. Not only are older people retiring to smaller towns in rural or coastal areas, but younger professionals, married or single, with and without children, are attracted to the lifestyle benefits, personal safety and improved surroundings of country living.

According to property data, the dominant semigration demographic is now 24 to 40, and no longer over-50s.

This will have far-reaching demographic and socio-economic consequences for the country. In the past, it has been difficult for disillusioned voters to ‘vote with their feet’ and move to somewhere with a better government.

With better remote working options, however, educated white-collar workers have far more options. They can easily work for a Johannesburg-based company, while living in a coastal town or country village in the Western Cape.

In fact, it is Western Cape government policy to attract the best, the brightest and the richest from other provinces.

Quoted in BusinessTech recently, the province’s minister of Finance and Economic Opportunities, David Maynier, said: ‘Our world-class infrastructure, universities and skill-sets spanning diverse sectors make us the perfect destination for remote workers this summer and beyond. We will be doubling down and doing everything we can to drive economic growth and job creation in the Western Cape. Looking forward, we will be focusing on five key priorities: ease of doing business, investment and export promotion, enterprise development, skills development and energy resilience.’

Jewel in the firmament

Ironically, while this will significantly strengthen the Western Cape economy, this trend could also undermine the Democratic Alliance’s hope of extending its power to provinces where it does not govern.

With skills migrating to the Western Cape, the province would become an even brighter jewel in the South African firmament, leaving the rest of the country even further behind. That, in turn, would make the case for secession even stronger.

What is certain, however, is that the shifts brought on by the pandemic will permanently change where many people work, and how they connect with their employers and clients, and this could have profound socio-economic consequences.