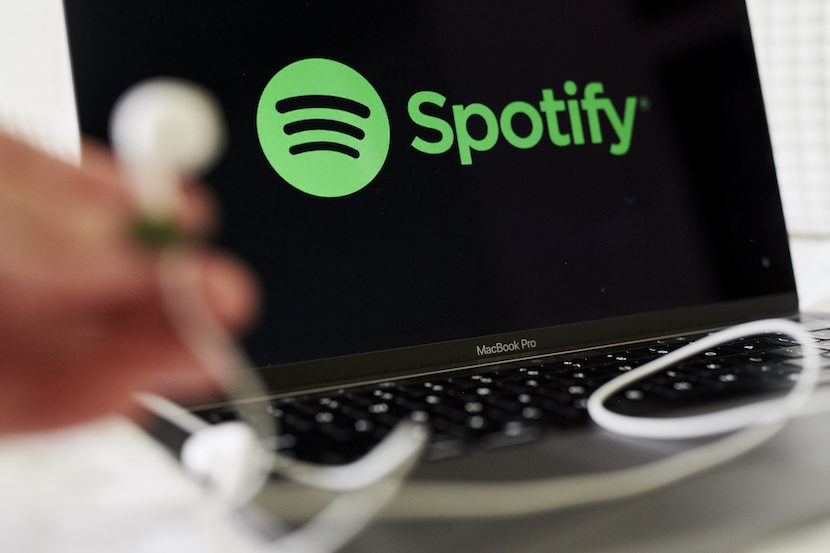 Certainly not on Spotify where iconic songwriters Neil Young and Joni Mitchell, not to mention self-development guru Brené Brown, have pulled out. They’re forfeiting lucrative contracts in protest of conspiracy theories aired on popular podcaster Joe Rogan’s programme, also on Spotify. Woodstock, where Mitchell and Young cut their teeth, may not have changed the world, but it created a mindset; showing courage in speaking truth to power. It has certainly changed Spotify, which along with Rogan, apologised and created a new, scientifically reviewed ‘go-to’ Covid-19 information hub floated on all its presentations involving Covid-19. Both ‘offenders’ have apologised to the artists and Brown, admitting the platform has become too unwieldy to manage properly. This probably hasn’t done the popularity ratings of its erstwhile clients any harm. One way or another, there’s gold in them thar media hills. The Spotify share price has recovered nearly 10 percent since the apology. This story first appeared in The Wall Street Journal. – Chris Bateman

Joe Rogan, responding to Neil Young’s objections to his podcast and host Spotify, said his show has grown “out of control” and pledged to be more balanced and informed about controversial topics and guests.

In a late Sunday evening 10-minute Instagram video post, Mr. Rogan said, “If I pissed you off, I’m sorry,” referring to growing backlash against him and Spotify Technology SA stemming from the folk rocker’s accusations that they spread false information about Covid-19 vaccines through the popular podcast.

“It’s a strange responsibility to have this many viewers and listeners,” said Mr. Rogan. “It’s nothing that I’ve prepared for. I’m going to do my best to balance things out.”

Mr. Rogan said he will have more guests on the show that present different opinions from contrarian ones right after he hosts controversial guests. He thanked Spotify for their support and said he’s a huge Neil Young fan.

Spotify earlier Sunday made public its policies, which it didn’t alter, and created a Covid-19 information hub in response to folk-rocker Neil Young removing his music last week from the streaming service. Mr. Young said he objected to Mr. Rogan and particularly his podcasts about the pandemic and vaccines. His action sparked others, including folk singer Joni Mitchell, to do the same.

“We haven’t been transparent around the policies that guide our content more broadly,” said Chief Executive Daniel Ek in a blog post Sunday. “It’s become clear to me that we have an obligation to do more to provide balance and access to widely accepted information from the medical and scientific communities guiding us through this unprecedented time.”

Spotify isn’t at this time removing any of Mr. Rogan’s episodes that detractors have highlighted in recent weeks as spreading what they deem misinformation about Covid-19 vaccines, said a person familiar with the matter.

Spotify’s platform rules define what it considers to be dangerous, deceptive, sensitive and illegal content. It says creators who break its rules could face consequences including their work being removed.

The steps highlight growing pains for Spotify as it contends with the types of pitched political debates that many large content companies face. It dove into podcasting over the past few years to expand beyond music and become more profitable, and its role as the distributor of popular albeit polarizing voices like Mr. Rogan’s has brought new challenges.

The company’s stance shows it is resolute about keeping its stated commitment to open dialogue, and its lucrative relationship with certain podcasters, while responding to concerns of various creators and customers on which it relies.

“They can have Rogan or Young. Not both,” Mr. Young wrote in a letter he posted on his website last week. Spotify struck a deal with Mr. Rogan in 2020 worth more than $100 million, according to people familiar with the matter.

Over the weekend, Ms. Mitchell and rocker Nils Lofgren joined Mr. Young in seeking to remove their music, they said. Podcaster and professor Brené Brown said she wouldn’t produce more for the service “until further notice,” and the production company of Prince Harry and Meghan, the Duke and Duchess of Sussex, called Archewell Productions, said it has been expressing concerns to Spotify about Covid-19 misinformation on its platform.

“We know we have a critical role to play in supporting creator expression while balancing it with the safety of our users,” said Mr. Ek in the blog post Sunday. “In that role, it is important to me that we don’t take on the position of being content censor while also making sure that there are rules in place and consequences for those who violate them.”

As of Sunday, Spotify is beginning to tag Covid-19-related content with an advisory prompting users to check out the service’s new “hub for data-driven facts and up-to-date information” from the health and scientific communities.

Mr. Rogan applauded the initiative, saying he thought the advisories are a good idea.

Mr. Young in his initial letter cited an episode of Mr. Rogan’s podcast in which the podcaster spoke with Dr. Robert Malone, a virologist who worked on research into several mRNA Covid-19 vaccines but who is now critical of the treatments. Among the claims made was the suggestion that hospitals have been financially motivated to falsely determine that deaths had been caused by Covid-19.

Earlier this month, a group of 270 scientists and healthcare professionals signed an open letter to Spotify accusing the podcast of “promoting baseless conspiracy theories” and asking the service to take action against mass-misinformation events on its platform.

While more than 40 of Mr. Rogan’s episodes have been previously removed for policy violations, none of them have been related to the pandemic, according to a person familiar with the matter.

Mr. Young has since posted more on the topic, encouraging other artists to join him and steering his listeners to other music streaming platforms.

Keith Tate, a fan of Mr. Young and Ms. Mitchell, canceled his Spotify subscription. The 65-year-old from Houston said his son added him to his YouTube music account. “Works great and Neil Young is there and Joe Rogan is not,” he said.

Mr. Tate owns a company that manufactures high-end basketball equipment, where he hasn’t mandated but encouraged employees to get the Covid-19 vaccines.

“It was amazing how much disinformation there was,” he said. “It took quite a bit of encouragement. I think they all were looking for honest information.”

Mr. Tate said every person in his company is fully vaccinated and boosted now.

Mr. Rogan also thanked both his listeners and detractors. “It’s good to have some haters,” Mr. Rogan said.

Spotify’s Mr. Ek said there are opinions on both sides of any issue and that he personally disagrees with plenty of individuals and views on Spotify.

“To our very core, we believe that listening is everything,” he said.

Dow Jones & Co., publisher of The Wall Street Journal, has a content partnership with Gimlet Media, a unit of Spotify.