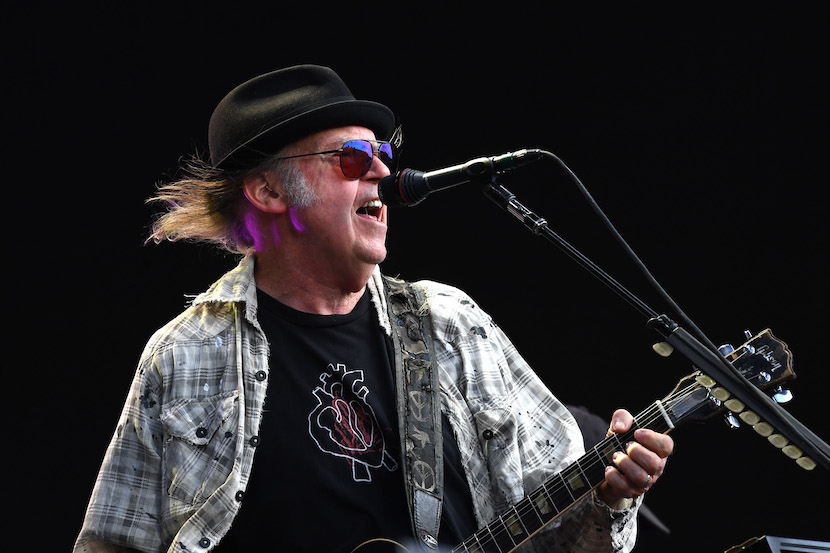 Simon Lincoln Reader wins no friends among those surfing whatever the latest digital woke wave is. In fact, he annoys the heck out of them. Which is how he likes it. After poking fun at liberal whites trying to outdo one another in supporting causes like Black Lives Matter, he toys with iconic Woodstock balladeer, Neil Young’s latest protest action. One that cost Young 60% of his royalty revenues on the Spotify platform from which he pulled out in protest at ‘anti vaxer and conspiracy theorist,” the hugely popular Joe Rogan. Young believes Rogan is encouraging life-threatening behaviours in the Omicron-driven Covid pandemic and wants nothing to do with any platform he’s on. Except that he’s more than shot himself in the foot. He’s virtually ‘cancelled’ himself, (well, perhaps closed the tap on many more millions of dollars). One wonders whether Young regrets his move. SLR obviously believes the crooner’s bluff was called. Like breaking a guitar string during a backing riff to Stephen Stills in ‘Helplessly Hoping.” – Chris Bateman

Trying to figure out the hatred against Jordan Peterson

There is a South African doctor on Twitter, verified, who uses the platform to insult perceived enemies, smear anyone whose opinion might depart from the prevailing, choreographed coof narrative and generally virtue signal the crap out of anyone unfortunate enough to encounter his handle (warning: pronouns in bio, submission to BLM, trans, etc). Its always amusing to watch white people, as is the case of another local man, Graeme Codrington, shame other white people on the subject of “whiteness” (an obsession that has no history in apartheid resistance, but was rather imported to Cape Town in 2015 from London’s shithole metropolitan universities the very day a bucket of faeces found itself dribbling over a statue at UCT). The exercise also serves to identify Herbert Marcuse’s helpful idiots of the 21st century.

Recently both Codrington and this doctor have taken exception to Canada’s most celebrated thinker, Dr. Jordan Peterson. Last week Peterson resigned from his position at the University of Toronto and earlier this week, appeared on the most popular podcast in the world, The Joe Rogan Experience.

I know two people whose lives were changed by Peterson. One of them, a Dutch Moroccan immigrant, was in my grade at a martial arts school in King’s Cross that, thanks to coof, is now permanently shuttered. One evening he explained how listening to Peterson’s advice had walked him back from the ledge of suicide. Ordinarily a private person, the strength of Peterson’s counsel was evident in an unexpectedly candid admission.

He is one of millions. Peterson’s advice on the subject of order, particularly as it relates to young men, is unorthodox, frank, uncomfortable yet persuasive. But his critics jeer: they accuse him of grifting, of barking instructions that he himself fails to abide (example: encouraging neatness amongst his followers from a webcast where he sits in what appears to be a dirty bedroom). He has been accused of being a Nazi: in the US, a comic was published depicting a Hitler-ish villain who launched a doctrine of “rules”. And not too long ago, a disheveled slob from YouTube called Ethan Klein removed from record his previous interviews with Peterson, accusing him of being a “gateway to the alt-right”.

But they fail to grasp: it’s precisely his imperfections that make him so relatable and thus relevant.

For most of coof Peterson was AWOL. To deal with the stress of his wife’s cancer diagnosis, Peterson had started taking diazepam, ostensibly to aid his sleep. Addiction followed, and ultimately he was admitted to hospital in Russia, whose doctors are famously uncaptured by global pharmaceutical interests. He made a triumphant yet imperfect return, and subsequently set himself on a collision course with groupthink that had proliferated in his absence.

As for the hatred, there are a few  explanations. The first is jealousy, and forgivable. The doctor, Codrington, Ta-Nehisi Coates, Klein et al own insignificant scraps of the kind of attention heaped upon Peterson. The second is ideological, and deeply embarrassing. Both Peterson and Rogan are advocates of broad, unfettered free thinking and speech, which annoys academic elites as these practices are today considered outside of the approved logic. The errors prompted by their hatred, radicalised by The Daily Beast and co, are cringeworthy, and no better revealed than in another incident that occurred this week.

The songwriter Neil Young, partner to the super-woke actress Darryl Hannah and managed by the evil but equally woke Frank Gironda (who in 2014 kneeled for Donald Trump in the latter’s office seeking millions) thumbed an ultimatum under the nose of Spotify, Rogan’s exclusive platform and the premises from where Young reportedly draws 60% of his royalties. Accusing the platform of circulating coof and vaccine disinformation, whoever wrote the letter sneered: “either you have Rogan or Young, not both.”

Spotify’s response to Young: your belongings have been placed in a box outside.

That’s right lads. Nowadays, made mad by coof, BLM, climate change of whatever, you can be so unwittingly self-righteous and so stupidly woke and so dismissive of the kind of critical, analytical thinking espoused by Jordan Peterson…that you cancel yourself.