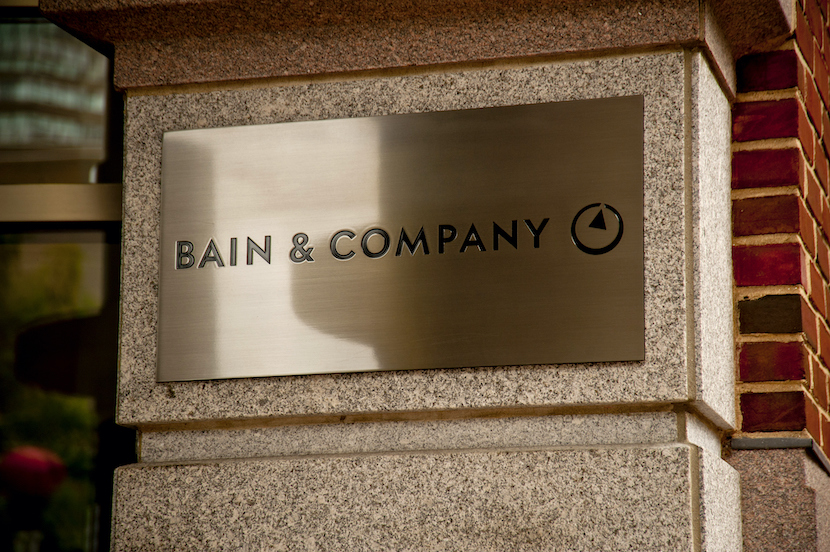 South African-born Peter Hain, a former UK cabinet minister and now a member of the House of Lords, is upping the pressure on global consultancy Bain & Co. A mountain of evidence presented to South Africa’s Zondo Commission into state capture paints Bain as a major facilitator of looting. Lord Hain is petitioning leaders of the UK and USA to act decisively against the US consultancy, including terminating contracts with the Boston-headquartered firm.

My childhood was in Pretoria, the son of brave anti-apartheid white activists, Adelaine and Walter Hain. My parents were both jailed for two weeks, then issued with banning orders and finally forced into exile in London in 1966 when I was 16. A few years later, I found myself leading a campaign to stop the Springboks through non-violent direct action, pitch invasions and so on. So anti-apartheid politics is in my blood and that’s why my interest is in trying to bring back the values of the freedom struggle and the anti-apartheid struggle through tackling the international dimension to state capture, corruption and looting under former President Zuma.

On the motivation to hold Bain and Company to account

I feel really angry and betrayed, as do a lot of anti-apartheid activists of my era. And, of course, my parents’ sense of duty, sacrifice and the values they exhibited and lived by. Those were about equality, human rights, liberty and justice, but above all, integrity. Nelson Mandela stood for integrity. He wasn’t a saint – none of us is – but he stood for integrity and that has been betrayed in the new South Africa. Frankly, he would be turning in his grave if he was aware of that, as would other Robben Islanders: Ahmed Kathrada, Governor Mbeki and all those who were alongside him. So that’s the motivation. Those people did not fight this fight to have people putting their hands in the till clambering on the gravy train. I was originally requested to do this by Pravin Gordhan and other senior ANC activists back in July 2017 when I was teaching in Johannesburg. It’s the international dimension to all this that really motivates me because the looting, state capture and corruption could not have happened without the involvement and the complicity of the big culprits who assisted it. In the Financial Times article that was published in all its international editions yesterday, I spoke not only about Bain and Company, but all of those corporations – the banks, HSBC, Standard Chartered, Bank of Baroda – that used the digital financial pipelines to allow money laundering. The billions upon billions that escaped through their Johannesburg offices through Dubai and Hong Kong, and were then transferred to shell companies that are owned by the Guptas but hidden behind other front names. They couldn’t have done this without international lawyers, international consultants and accountants or global corporate names enabling them to set up these front companies. The estate agents I mentioned in the Financial Times article are the ones who took laundered money – looted from South African taxpayers through the state-owned enterprises, SARS – and spent it on properties. So, what I’m trying to do through my position in London is target the British Government. I’ve written via the ambassador to President Joe Biden (as Bain and Company is an American-originated company) to try to do something about it.

London, New York and other international executives didn’t care a damn when Bain was a South African story. When investigative journalists, including yourself, the Daily Maverick team and all of the others were exposing this, it was a South African story in a containable bubble. However, when it went global as a result of me making the speech and all the insider information fed to me by the Deep Throat Source in the South African state – as I describe in my book – suddenly I had KPMG’s seniors come over from New York to see McKinsey and HSBC. I refer to them as turn-a-blind-eye governments in London, New York, Washington, Beijing, Delhi, Dubai and the rest. Two trillion dollars is laundered and corruptly looted around the world every day through the financial pipelines of all the banks and other financial institutions that are international brand names.

On governments to withdraw Bain’s licence to operate internationally

My request to the British and the American governments is to withdraw Bain’s licence to operate until it has paid back the two billion they earned from state-owned enterprises. They say they paid back R168m of it in respect of the dismembering, twisting and distorting of SARS. But if they pay back the R2bn – most of it is looted money – and they go through the legal process that the Zondo Commission has recommended, describing its activity as unlawful, then why should they continue to receive government contracts from the UK?  From my experience, just watching the way they’ve operated, they are basically in denial. They even had the gall to criticise the Zondo Commission when its evidence is scrupulous. None of the global culprits I’ve named has contested the evidence I presented to Zondo, except Standard Chartered, which had the absolute cheek to say this has nothing to do with them. That the money that left the Johannesburg office through Gupta accounts to Dubai is not their responsibility. Whether it is Standard Chartered in front of the Zondo Commission or Hogan Lovells in front of the regulator for law firms in London, the Solicitors Regulation Authority, they claim they’re not really the international operation that they palpably are.

I would like to see the South African Government in a much more proactive mood. I shouldn’t be the one contacting Prime Minister Johnson asking that Bain and Company be brought to heel. It should be the South African Government doing this. The South African Treasury should chase these guys and contact their [peers], the finance ministers of the world. There has got to be a concerted international campaign. This is, in brief, what I argued in the Financial Times. The South African Government needs to be more proactive. I feel in some ways that it’s been quite timid over this. Again, it talks the good talk and that’s from the president downwards. I’d like to know that diplomatic pressure is being put on London, Washington, Beijing, Delhi, Dubai rulers and on Emirates. These are all governments with which South Africa has friendly relations. I’d like to see a lot more heat turned on from Pretoria against the governments of the world because, ultimately, they can do something about it in concert with these international firms. The global culprits involved have got to put their houses in order; they have got to be held to account by governments and have their contracts stopped and suspended if they don’t do it.