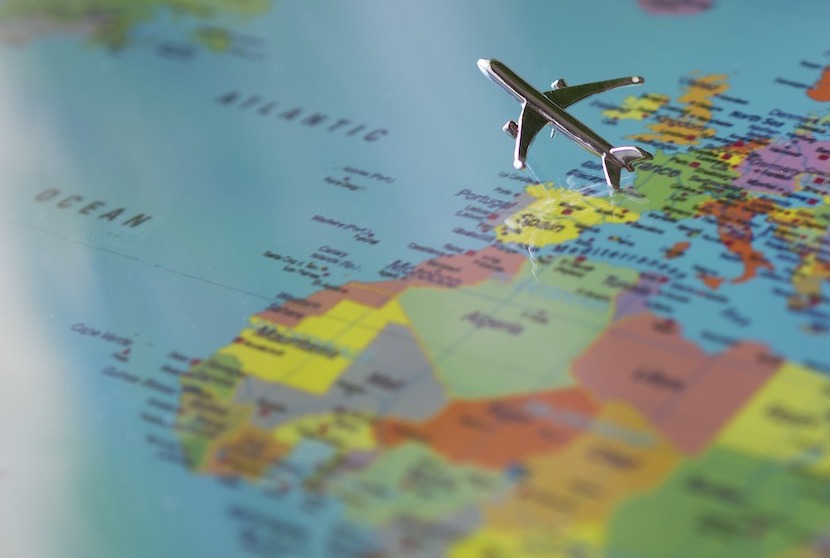 The question of whether it is a good idea to stay in South Africa or to leave is often fiercely debated in families, around dinner tables, and on social media. But what if there are options between those two extremes, where you can enjoy the good weather, fabulous people, food and family, and secure a future overseas, invest money in safer options and educate your children overseas? Thomas Barlow of Sable International says the answer lies in becoming a globalised or internationalised citizen, which does not always involve leaving our sunny shores. Barlow told BizNews how Sable plots the path to globalisation. – Linda van Tilburg

The first and most important component of that is talking to somebody that has a significant quantum of experience and understanding of the environment within which you are operating. And I can think of no better business than Sable in that regard, simply because they’ve been in the business of engaging with families for the last 25 years. And I think I stand to be corrected; but at last count, they had moved over 7000 families to various jurisdictions around the world from Australia, North America, Europe, the UK, etc. And it’s first talking to somebody that actually has done that work before and has experience in that regard. The second component of that, and really the world that I came from, is recognising that every family is very unique to itself, depending on the quantum of children, the locations or how the breadwinners actually earn their income. And it’s really marrying two sets of variables; the unique circumstances of a family to the actually current global environment within which that family is trying to operate and in a wise and logical manner. And I think that’s really been our focus, and we’re very excited to really start engaging with the families in South Africa on that note.

71 metrics to find the perfect combination of globalisation

Global citizenship can take many forms, you can physically relocate, you can relocate your wealth, you can mitigate your risks of being stuck in a particular jurisdiction. So, it’s really understanding that first. Once that’s established and there are some general principles that we apply. As I’ve mentioned, we engaged with many thousands of people 25 years in really understanding what those principles are. The next step we do, is a very detailed questionnaire of unpacking the clients’ personal circumstances from their ancestry, because often ancestry can play a role in terms of a location of where they are looking and their the net wealth position. Because, as you know, we can’t change a simple fact that wealth does create flexibility. A wealthy family have more certain options.  Then an additional link is what we call vocations. If I’m the world’s finest brain surgeon; then there are many jurisdictions around the world that will seek me to go and practise my skill set in the country. So, its ancestry, wealth, and vocation, we get all that detail from a particular family on that. We then run against 71 programmes that Sable has been executing on over 25 years, and we determine what the options are that are available to that particular family, given those three variables.

Where can I go vs where do I want to go

The first question to answer is where in the world can I actually go before I know very often where I want to go and where I can go… The cost of a lifestyle in Manhattan, New York, is quite different to that even in Cape Town, South Africa. So, it’s understanding also what my current lifestyle looks like, what my family’s current lifestyle looks like, and if I’m going to cost that in another jurisdiction, what are the sacrifices I’m going to have to make to actually be in that jurisdiction. You know that we spent a lot of time and effort on securing relevant data to be able to practise lifestyles around the world. So, one is establishing what jurisdictions can I enter? And then the second very important thing is what kind of life would I lead in that jurisdiction.  I think we probably both know many people that have moved from our lovely South Africa to other jurisdictions, only to return a few years later with a significant dent in the bank account because this is a costly exercise when you are looking to relocate.

Either we stay or we go; is too simplistic

Another big reason we discovered why people leave South Africa; is for their children. ‘I love South Africa; I enjoy the lifestyle. We are concerned at times, particularly in a volatile economic environment, that social environment like South Africa about how our children’s future will look and with the recent acquisition of Sable Study Abroad, what we are not able to do, is actually price the cost to a family of moving from South Africa to another jurisdiction versus, for example, educating your children in that jurisdiction and in that way, securing, first a study visa and then a work visa and then ultimately citizenship in various jurisdictions around the world.

The debate in South Africa usually rages on ‘either or’ and we feel that is too simple a way to look at it. There are various ways to solve a problem. And if you understand the problem properly and you take the time and that lies, as I said in the detailed engagement with a client, you can then start using your experience and your skills to actually execute for that thing.

Begin an undergraduate degree here and complete it abroad

The is the opportunity for many South African families to allow their children to commence an undergraduate degree in South Africa and conclude their final year or their honours year at an international institution and receive an international qualification; provided there was planning before taking the step of enrolling for a BCom at Stellenbosch University, for argument’s sake; understand which global universities have what they call ‘Map that degree’ and would recognise the first two years, or maybe require an additional year of study.  In that way, optimise your global skill set by receiving your final qualification in a global university in a much cheaper way, often in achieving global citizenship rather than uprooting a family and moving to the other side of the water, believing that the grass is just greener on the other side. There are many solutions to the problem.

Be a citizen, not of South Africa, but the world – Sorry Socrates

In reviewing the word of globalisation, I came across a quote by Socrates that we put front and centre at Explore, where Socrates, certainly a man I admired for his wisdom, stated that he considered himself not a citizen of Athens, but a citizen of the world. We believe that that is an excellent way to pursue personal excellence and is to see yourself as part of the globe, not just of an isolated geographical region; if I can say it that way.