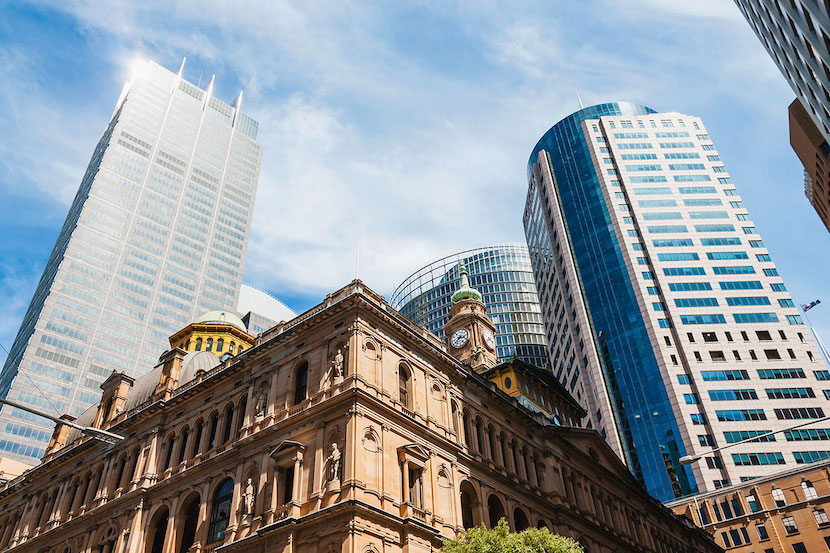 Australia – which has seen one of the strictest lockdowns during the Covid-19 pandemic with the country adopting fortress-style controls – finally fully opened its doors in February this year. Tourists, families and friends started landing on its popular shores with tearful reunions and were welcomed with a sign painted on a runway with the message, ‘Welcome Back World’. And these are not the only people they are welcoming back; skilled migrants are in demand. Sam Hopwood from Sable International told BizNews the construction industry is booming and there are plenty of opportunities for people who are handy with a hammer. – Linda van Tilburg

A tough two years when immigration ground to a halt

We’ve been closed for two years and, as someone who travels the world quite a bit for business and pleasure, I can tell you we are very happy to be reopened again. From an immigration point of view, having our country more or less closed off to the rest of the world for two years throughout the pandemic was difficult. We’re a country that has relied on our immigration system to assist our economy and our general populace to help grow the country over time. We’re an immigrant country; we have taken people from all over the world and to close ourselves off for two years has hurt many parts of our economy and different industries. So, it’s a welcome relief now to know the borders are open. You can come to Australia; general visitors can come; students can come. People can come to visit their family members and skilled migrants can come back to Australia as well. A lot of industries, government and businesses are happy we are where we are now and hopefully, the worst of the pandemic is behind us. As an immigration professional in the business for 20 years, I hope that is the worst we will ever see. It got pretty bad there for a while but we have some positivity in the industry now. I speak with a lot of my corporate clients here in Australia who are eager to welcome new, skilled migrants to Australia.

The first one to start with is the student visa industry; one of Australia’s largest export industries is education. [Many young] people come to Australia to study. Unfortunately, during the pandemic, students were more or less locked out of Australia. Many returned home to their home countries as they were forced to do so because there was no support for them here throughout the pandemic. But the universities are eager to welcome students back to Australia, and for people who perhaps don’t have other visa options or are struggling to get into Australia and need to get their foot in the door, student visas are a good option. You might have a bachelor’s degree from overseas and considering studying for a master’s degree. Perhaps you have a couple of years’ experience and want to come to Australia to study for a master’s. You then acquire a post-study work visa for two or three years, which enables you to gain more experience. It often allows you to find yourself an employer, which leads to bigger and better things. So, for people who have been scouring the immigration system for Australia and have been unable to find the solution, I would encourage them to think about coming here to study. It will increase their academic qualifications, of course, which increases their employability. But, as I keep saying, it is a foot in the door. You get into Australia, your spouse can work while you are studying and there are plenty of opportunities that arise from becoming a student here in Australia.

General skilled migration is the traditional route of entry into Australia for many visa applicants. We use the terminology of subclasses of visas and 189, 190, these are all the general skilled migration visas, which have more or less been put on hold for a long period because of the pandemic. The government stopped inviting people to apply for these visas because they did not want to process visas for people stuck offshore. Now that our borders are open again, we are going to see general skilled migration take off. It will perhaps be more selective than it was in the past. People who work in particular occupations will be targeted by the government; those occupations will be determined based on our labour market needs.

There is a shortage of skills in construction

I can tell you, government spending in areas of infrastructure is huge at the moment. We are building more roads, rails, ports and airports than we ever in the history of our nation and there is an absolute shortage of construction skills: civil engineers, site engineers, surveyors. If you have experience in tunnelling, building, general construction, building houses … we are building a whole lot of houses. We don’t have enough bricklayers, plumbers or electricians. These are common skill shortages in Australia. In my opinion, we will see our state and federal governments turn back towards the General Skilled Migration programme and there will be opportunities for [foreigners] looking to come to Australia who have these particular skills.

[Recently] the government put pressure on Australian employers and said: if you need overseas skilled labour, go and get it. There are avenues for employers to sponsor overseas foreign nationals. It comes at a cost and, perhaps in the past, our General Skilled Migration programme has fulfilled the needs of the labour market in general. But in more recent times, when that general skilled migration slowed down, employers had to step into the breach and find their own skilled labour from overseas and then sponsor people. The beauty of this system is that it does move relatively quickly, and when you have an employer  searching for an overseas worker to fill a role in their business, it is an immediate need. They have that current shortage and they need to fill that role now. So, business moves quickly. We have seen some application processes completed in four to eight weeks.

If you’re a construction project manager, a civil engineer, a nurse or if you work in IT or security, these are the occupations in high demand. The government is aware they’re in high demand and has built certain occupation lists, which place people and occupations on a priority schedule. If you’re one of the few who are on these priority schedules, you can see your application processed really quickly. People have come into Australia both during the pandemic and now that the borders are open again and some have relocated super quick. There is one positive of the immigration system processing employer-sponsored visas so quickly.

Get ready for new Aussie visa quotas in July

I probably wouldn’t wait for the government. Make your move now in terms of getting prepared. Our financial year starts on 1 July each year. At that time, the federal government announces quotas for visas for the forthcoming financial year. They have stated in their forward estimates in the budget that they will increase certain visa quotas. So, you have three to four months to get ready. There are certain things you need to do as a visa applicant. It doesn’t matter if you’re a student, a sponsored employee or just setting down this path, you need to get your documents in order. Some of these things can take three to four months. Have you got your unabridged birth certificate? Marriage certificate? Apply for a police check. You’re probably going to need a skills assessment. Go and do an English language test; there is so much to be done in preparation to submit a visa application. I talked earlier about some of these applicants who were processed in as little as four to eight weeks. Many of these applicants spent a few months getting ready to submit their visa applications. All this stuff in the background takes time … if you start getting prepared now rather than in July when other opportunities become available, you’ll be ready to hit the ground running, so to speak.

Now, what about all those super poisonous creepy crawlies?

People do say to me: I would love to come to Australia but you’ve got all those spiders and snakes, or I’m worried a shark will eat me, or the crocodiles will get me, or something to that effect. The reality is that 80% of the population lives in the major cities up and down the eastern seaboard. We are so far away from anything that will cause us any harm. You have more chance of being struck by a tram when crossing the road here in Melbourne than you have of being injured by any insect, snake or anything else. Yes, they are out there. If you do get into the bush, you do need to be careful, but it’s not the threat the international world thinks it is. We quite like the fact that we’ve got a lot of poisonous stuff and we do ride on those coattails a little too often, but it is certainly not that bad.