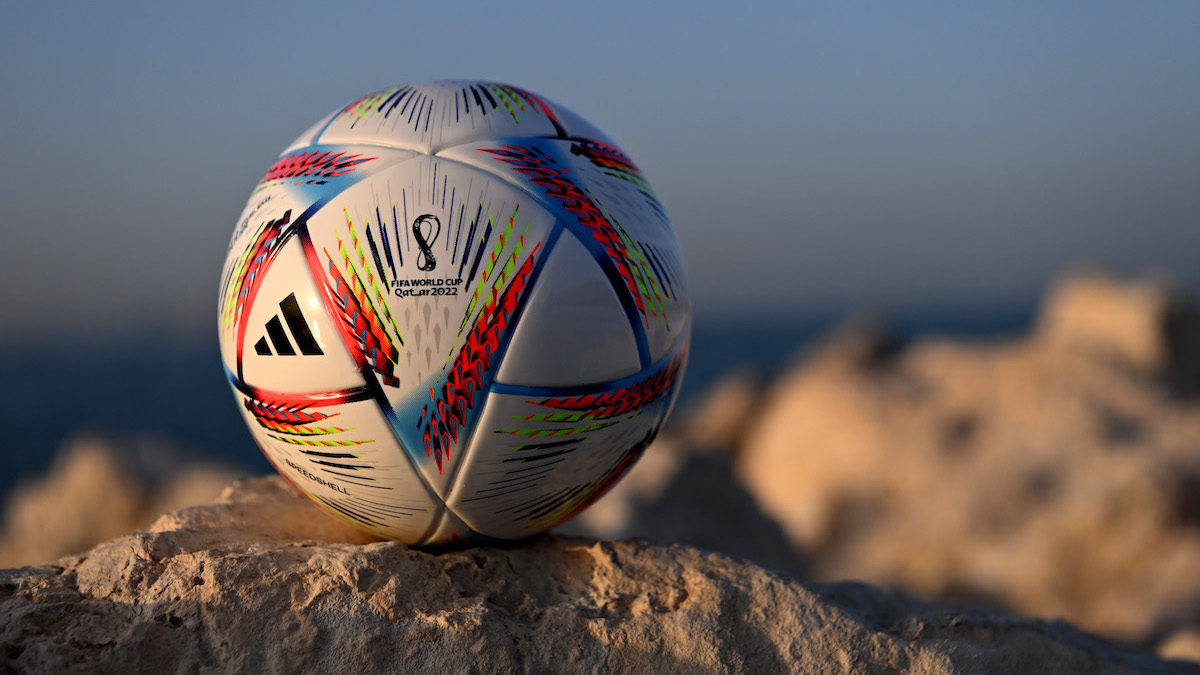 With the 2022 World Cup set to kick off later in the year, 64 teams will meet for a shot at glory but the competition is mired in controversy. This after 6,500 workers are reported to have died during stadium construction, on top of allegations of bribery and corruption. As Netherlands manager Louis van Gaal said in an interview “We will be playing in a country where FIFA say we are going to help develop football. That is bullshit, the tournament in Qatar is about money and commercial interest. That is what matters to FIFA.” It seems the “beautiful game” is in the spotlight at the moment for all the wrong reasons as Ivo Vegter explains in this piece first published on the Daily Friend. – Asime Nyide

FIFA World Cup Qatar 2022 is rotten to the core

The 2022 FIFA World Cup kicks off in November in the obscure dictatorship of Qatar. FIFA and Qatar make perfect partners in exploitation.

If you’re planning to visit the emirate of Qatar to attend the FIFA World Cup Qatar 2022™ (a trademark which is so vigorously enforced you’re not even allowed to use ‘World Cup’ in your own marketing), you’ll discover that Qatar is not a modern, liberal country.

It is an Islamic dictatorship in which the hereditary emir wields almost total legislative and executive power.

Visitors to Qatar will face arrest and possible jail time for such crimes as drinking alcohol outside designated (and very expensive) ‘tourist zones’, having sex with anyone other than a spouse of the opposite sex, public displays of affection, partying after games, and who knows how many other infringements of the country’s draconian religious code.

The world governing body of football, FIFA, has a well-documented history of requiring host countries to pass draconian laws to make sure that the organisation can make a killing out of the World Cup.

FIFA deals with governments as if it were a sovereign entity rather than a private company, and gets laws passed to protect it from competition in host countries.

It demands, and routinely gets, substantial changes in the law to establish infrastructure guarantees, FIFA’s commercial monopoly, its exclusive licensing, protection from any marketing and advertising that so much as distracts from its own sponsors, total indemnification, and, of course, immunity from taxation.

It is also notorious for being riddled with corruption and mired in sexual abuse scandals.

Some of the corruption charges relate to how exactly Russia and Qatar were selected as host countries for the 2018 and 2022 World Cups, respectively, over far more competitive bids from Holland/Belgium and England for 2018, and from the USA and Australia for 2022.

It is not surprising that FIFA would rather not host its flagship event in the open societies of Europe, Australia, or America.

When Qatar and Russia were selected just after the 2010 World Cup in South Africa, I wrote that they, and FIFA, deserved each other.

FIFA, I argued, would much rather hold the World Cup in a country that shares its love for authoritarian rule, where there is no free press, and where corruption and autocratic control of the economy go unremarked as standard operating procedure.

‘FIFA has much more in common with Russia and Qatar than with the free countries that lost out to the secretive machinations of its corrupt voting process,’ I wrote.

The public relations spin is that the association with FIFA will bring economic development and modernisation to Qatar. The truth is that host countries rarely benefit economically, since FIFA is scrupulous to extract every dollar of profit that’s on offer.

Most World Cups cost the host nation several billion dollars to arrange. The US did it in 1994 for a paltry $500 million. South Africa spent $3.6 billion, which in 2010 was worth about R27 billion. Brazil spent a record $15 billion.

Qatar is spending an eye-watering $220 billion to host the event.

Much of that investment is directed to infrastructure that will ultimately become white elephants. Stadiums don’t improve the lives of average people. Brazil’s most expensive World Cup stadium is now a parking lot, and the estimated economic benefit of the tournament turned out to be less than the country’s expenditure.

There is widespread doubt that mega-sporting events do anything positive for the economic development of host countries.

FIFA’s own contribution to social, economic, and sports development is insultingly small. The year before the 2010 World Cup in South Africa, its global development budget was a paltry $172 million, which is about what Manchester City spent on development in that year. Of that, $70 million was earmarked for the entire continent of Africa, and the official ‘Football for Hope’ campaign in South Africa received a pitiful $2.2 million.

There is no way that Qatar will see a financial return on its $220 billion investment.

To be fair, Qatar doesn’t need the economic development. It is in the top quartile of countries on the Human Development Index Rankings and lies 6th in the world measured by GDP per capita. It is a super-rich country.

Well, its 2.8 million citizens are rich. The 1.5 million indentured migrant labourers that comprise 90% of Qatar’s workforce are not, and they are not counted in the official GDP or HDI numbers.

These workers complain of working excessively long hours, late or non-payment of wages, confiscation of passports, an inability to access healthcare, justice, or other social services, and widespread sexual coercion and violence.

They also may not change jobs without their employer’s permission, which essentially makes them slaves, despite some superficial labour reforms enacted by a Qatari government under international scrutiny.

Many thousands of them have allegedly died since Qatar was awarded the rights to host the World Cup. Although some of these deaths can be attributed to natural causes, The Guardian believes the Qatari government has failed to explain 70% of them.

Tens of thousands of workers have allegedly had their human rights violated in the lead-up to the grand extravaganza.

FIFA itself employs some 20 000 ‘volunteers’ in Qatar – as it did in South Africa – because it isn’t interested in paying staff fair, or indeed any, wages.

In Qatar, women have hardly any freedom at all. Everything of any significance they do can only be done under the guardianship or supervision of a man. They don’t even have the rights normally afforded to a mother; only a man may make decisions about their children’s lives.

While Qatar has said that it would welcome gay visitors to the World Cup, homosexual relations of any kind are strictly forbidden in that country. Qatar censors positive media coverage of LGBTQ+ issues, and monitors social media in order to track down, arrest, and imprison gay Qataris.

Press freedom is also foreign to Qatar. Western journalists critical of the country’s treatment of migrant workers have been arrested and detained. Domestic political coverage is entirely homogenous, with identical headlines reporting the activities of the emir and his inner circle. Censorship is rife, and publishing ‘rumours’ or ‘fake news’ is a criminal offence.

Qatar ranks 119th out of 180 on the Reporters Without Borders ranking of press freedom.

Its state-owned international television network, Al Jazeera, is widely considered – even among Qatar’s Arab neighbours – to be Qatari-government propaganda and a mouthpiece for Islamic extremism.

In 2017, Saudi Arabia, the United Arab Emirates, Bahrain, and Egypt severed diplomatic ties with Qatar, in part over its support for terrorism and its protection of financiers of terrorism. Jordan, the Maldives, Mauritania, Senegal, Djibouti, the Comoros, and the Tobruk-based government in Libya joined in the campaign. The matter has not yet been fully resolved.

Those in the football world who sing Qatar’s praises are almost all paid by FIFA to do so.

Former Arsenal manager Arsène Wenger, for example, returned from Qatar full of enthusiasm about its wonderful new stadiums. (Give me $220 billion, and I’ll build you some awesome stadiums too.) Six months later, he magically became the new head of global football development at FIFA.

Football legend David Beckham likewise thinks the Qatar World Cup is ‘perfectly set up’, but said so as an ambassador for the tournament, on a rather sweet £150 million gratuity.

According to Human Rights Watch, however, FIFA has been covering for Qatar’s slow progress on the human rights commitments it has made, and those commitments have been far too limited.

‘Not only has FIFA been a dismal steward for protecting and promoting human rights in Qatar, failing to use its leverage to truly push for football as a “force for good,” but it has also failed to fulfil its own human rights obligations,’ the organisation says.

As a great fan of football, it grieves me to say that supporting the FIFA World Cup Qatar 2022™ means overlooking large-scale corruption, theocratic repression, and human rights abuses.

The FIFA organisation and the country it corruptly chose as host are both rotten to the core and are badly tarnishing the beautiful game.