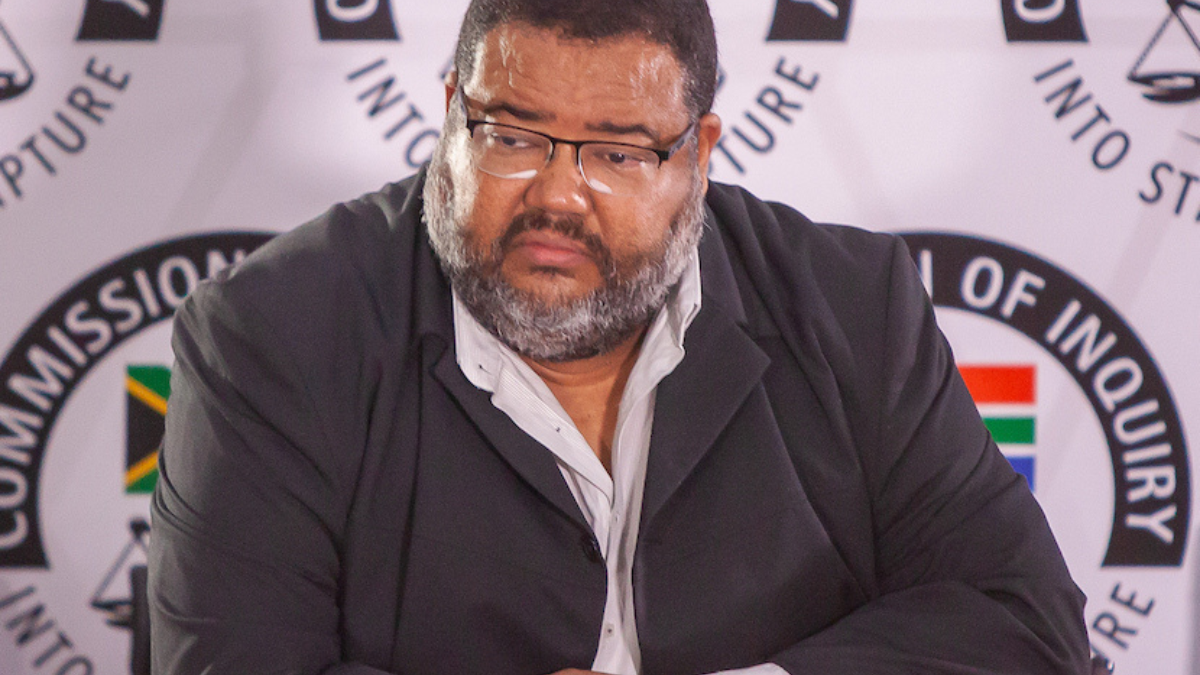 Whistleblower Athol Williams believes the UK government’s three-year ban imposed on controversial global consultancy firm Bain and Company should be an embarrassment to the South African government and its inaction. Following sustained pressure from former UK cabinet minister Lord Peter Hain, the UK government banned Bain from tendering for any public sector work for the specified period due to “grave professional misconduct” emanating from its work at SARS. Despite two commissions of inquiry having found Bain – working in concert with former SARS Commissioner Tom Moyane and former President Jacob Zuma – deeply implicated in the repurposing and evisceration of South Africa’s tax collector, the South African government has done nothing. The Zondo Commission recommended that all Bain’s prior contracts with the state should be investigated with a view to prosecution. Williams tells BizNews he’s yet to receive an iota of support or a response to numerous requests for assistance from both the business community and the state after he fled the country last year. In the wake of the UK government’s announcement, Williams has released a statement. To understand Williams’ full story you can watch the original interview here. – Michael Appel

Bain responded to BizNews’ request for comment with the following statement:

“We are disappointed and surprised by the Minister’s decision. We will be responding to express our concern about the process and its outcome, where recommendations from the Cabinet Office were apparently overruled, and to address inaccuracies in the Minister’s letter. If necessary, we will then consider other options for review of the decision. In the meantime, we will continue to work with the Cabinet Office to ensure that we do what is required to restore our standing with the UK government.

Bain have apologised for the mistakes our South African office made in its work with the South African Revenue Service (SARS) and we repaid all fees from the work, with interest, in 2018. Bain South Africa did not act illegally at SARS or elsewhere, and no evidence to the contrary has been put forward. Neither Commission of Inquiry in South Africa has recommended any charges to be filed.  We have offered our full cooperation to the relevant authorities and will continue to do so.”

Bain & Co claim they’ve merely made ‘mistakes’. In contrast, the Zondo Commission concluded Bain acted ‘unlawfully’ and ‘colluded in the clearest example of state capture.’ On 2 August 2022, the UK government further discredited and dismissed Bain’s denials, stating that it is ‘guilty of grave professional misconduct’ relating to their involvement in state capture in SA, banning them from government contracts for 3 years. I now call on the SA government, particularly National Treasury, and companies like Sasol (who have hired Bain) to do the same.

I welcome the decision by the UK government and commend Lord Peter Hain for leading a sustained and carefully crafted campaign. The UK government has acted to protect its public sector from Bain’s destructive behaviour and also acted in solidarity with the SA people. When will the SA government do the same for our people?

Drawing on the mountain of evidence I presented to the Zondo Commission I’ve been able to turn the misery of my exile into a productive time to support Lord Hain’s efforts in the UK Parliament. This reached a peak on 20 July when I was invited to present key facts, that Bain was hiding, to Minister Jacob Rees-Mogg in the UK Cabinet Office, as well as follow-up emails. This interaction proved pivotal in the UK Government’s decision to ban Bain.

This unprecedented decision shows, as I’ve been saying, that what happened in South Africa was not only the work of Bain people here, but had endorsement and involvement up the chain from London and global HQ in Boston. So Bain’s superficial shuffling of leaders in and out of SA changes nothing about their toxic leadership culture, when all the main decision-makers remain at the firm globally.

This external confirmation of Bain’s misconduct relates to both their collusion with President Zuma and their continued cover-up. It raises the urgency of the Zondo Commission’s  recommendation that all Bain’s public sector contracts be investigated with a view to prosecution.

SA has taken a big step forward today in our fight against corruption, state capture and predatory companies, a fight that I consider our new liberation struggle. Bain has shown their disinterest in making full disclosure of their dealings and full amends. They have rejected SA’s calls for justice, so now SA needs to reject them. I call on the SA government to ban Bain and I call on every company currently working with them to terminate their contracts. No right-minded South African of integrity would work with them.

I will continue my campaign to expose activities by companies that are aimed at attacking our democratic institutions. And I will continue to appeal to the SA government and the business community to support and protect whistleblowers, without whom outcomes like this banning would not occur.