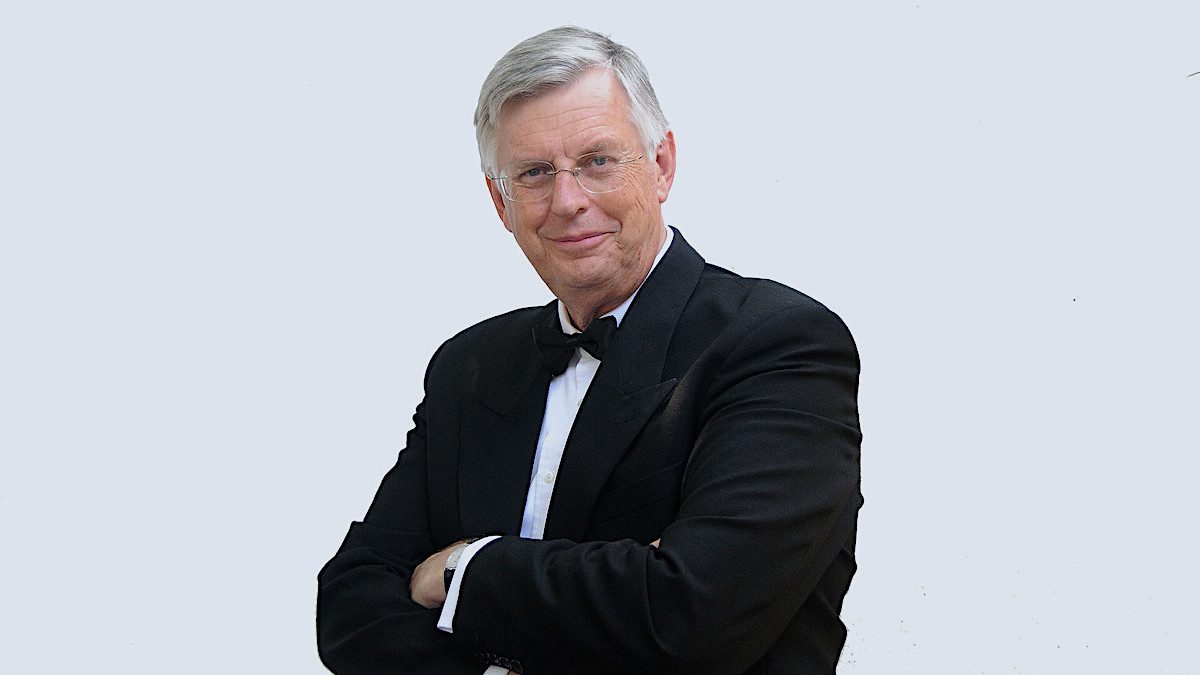 Fun-loving conductor Richard Cock personifies classical music in South Africa. The 73 year old Maestro this year is celebrating a quarter century of his hugely successful creation Starlight Classics. A musician who dedicated his life to expanding the appreciation of classical music in his homeland, shares a fascinating journey – one which took him from childhood in Gqeberha on to Bishops in Cape Town, to eight years in the UK mostly studying Church Music, through to his directorate at now defunct Classic FM, the niched SA radio station modelled on its British counterpart. Articulate, hopeful and reflective – Cock spoke to Alec Hogg of BizNews.

Richard Cock on how Starlight Classics got going

I went to see Laurie Dippenaar at RMB and I said, “This is the situation with the orchestra. This was in 1998.” And he said, I won’t give you money for the orchestra, but what I will do is give you an opportunity to perform. I will pay for it. And I tell you, the sort of place I want is the Country Club, Johannesburg, because we’re interested in those clients and we want to entertain our own clients. And we started off with one night. it was called Blankets, Baskets and Bow Ties, and it was just myself and a couple of people from the orchestra who put the whole thing together. RMB obviously did the baskets, we did the rest, and that’s where it started. And do you know that the very first one was rained out? It was on a Sunday evening and it was pouring. It was late in September. It was pouring. And the bank let all their clients know and almost all of them came on the Monday night and then they realised that they were onto something special. And the next year it was called Starlight, from Starlight Desks, from 1999. That was 1998, 1999. It became Starlight Classics because they suddenly realised, gosh, we must be onto something if people are prepared to come on a Monday night after being rained off on the Sunday. And from then on, it’s been a huge success.

On why he’s sticking to his career path

I think because I love it. I’m just crazy about music and I want to share the love I have for it with other people. I’ve been hooked on it since I went to senior school and started singing in the choir. The prep school that I was at near Port Elizabeth had no music at all. I only got into music when I went to senior school and there was a choir and a chapel. It was Bishops in Cape Town. and there was a choir and a chapel. I started playing the organ. I sang in the choir and I was completely hooked on it. I can’t say why, but I think it was something to do with the director of music who was an inspirational person. And I just got locked into that as soon as I got there, and I’ve just loved it ever since. I’ve been involved with choirs and music-making since I was 13.

I think Classic FM fulfilled that function. To be frank, I don’t see a lot of growth. I think there is growth. Funnily enough, in the black community, we are definitely getting more members of the black community coming to concerts now and we are consciously performing with more black players because there are quite a lot of black players available now, particularly string players. so we are trying to make the orchestra look more South African. More representation.

My mind has always been set on hope. I like to think that I came to a city called Joy-hannesburg, and I’ve always been a very positive person. And I tried to reflect that in the concerts I do. And when I talk to the audience, I love taking them on this journey and it is a journey of hope. I think there is a future for what we do. It’s going to be tough. But I think there is a future in what we do. And I think music has this incredible ability to bring people together and give them a positive outlook on life. At Starlight Classics, actually, more than anywhere else, we’ve managed to do that over the years. We’ve emphasised that Starlight Classics is of Africa, we are part of South Africa, and we can do it all, together with these amazing performers we have. And it’s a really positive message that we put out through music. And I think music has an incredibly positive message for people. I would like to think that I can continue for many years yet with that positive message and bring people together in love, actually, for what we do.