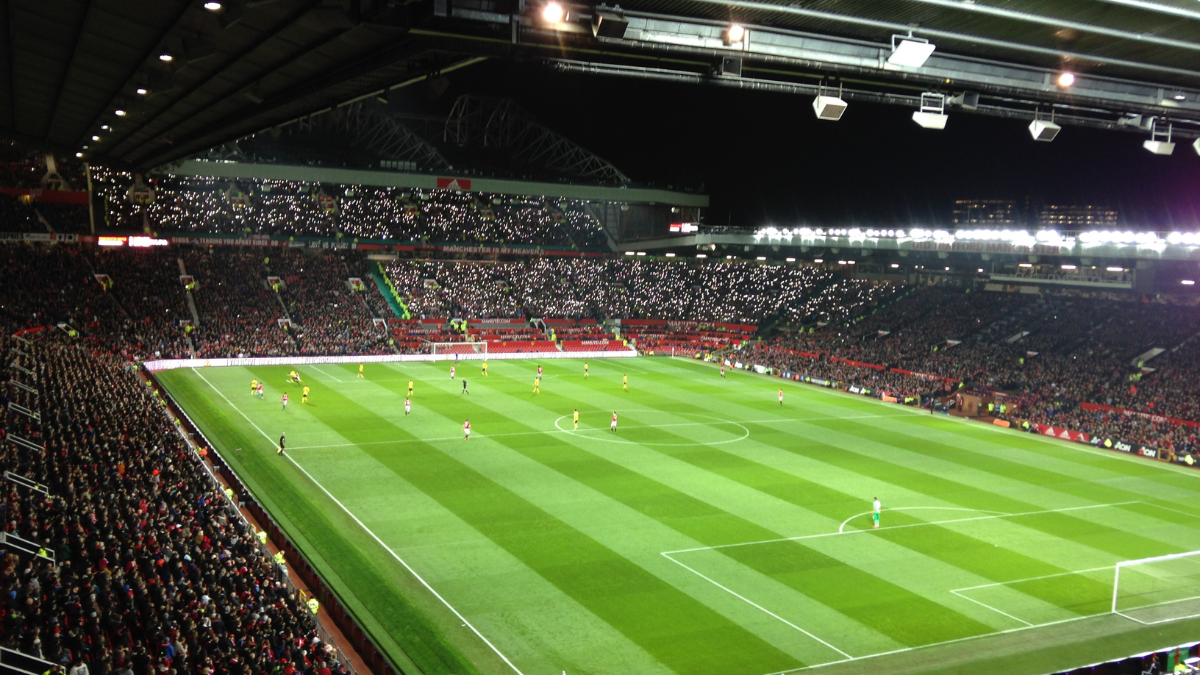 It appears the Middle East has a major interest in the English Premier League clubs, according to this Bloomberg article. Liverpool, Tottenham Hotspur and Manchester United are being targeted by Qatar in 2023. Nasser Al-Khelaifi, chairman of Qatar Sports Investments, recently held talks with Tottenham Hotspur chairman Daniel Levy over the possible purchase of a stake in the club, the report said. Qatar Sports Investments are considering buying a stake in the mammoth trio, or even a full-scale takeover of United and Liverpool, which were up for sale last year. The Glazers want out of Old Trafford, while Fenway Sports Group are ready to walk away from Anfield. Qatar Sports Investments is currently the owner of French soccer club Paris St Germain, and has a stake in Portuguese soccer club SC Braga. – Asime Nyide

Man United, Liverpool or Spurs May Be Buyout Targets for Qatar Fund

(Bloomberg) – Manchester United, Liverpool FC or Tottenham Hotspur are among England’s top Premier League clubs being targeted by Qatar, the Middle Eastern nation buoyed from hosting the most expensive World Cup ever.

Qatar Sports Investments chairman Nasser Al-Khelaifi recently held conversations with Tottenham Hotspur chairman Daniel Levy over the possible purchase of a stake in the London-based club, according to a person with knowledge of the meeting. QSI is also considering both a full takeover or a stake in rivals including Manchester United or Liverpool FC, added the person, who asked not to be named because the discussions are private.

QSI has decided to consider at least one investment in the EPL after hosting what the country views as a successful World Cup. The move is both a hedge against investments in less high-profile leagues like Portugal, and due to the EPL’s continued growth and global profile.

Any potential deal — either an outright takeover or a minority stake — would further cement Qatar’s strategy of investing in sports assets, in part to boost the country’s profile and also to invest its vast wealth from natural resources.

Qatar spent over $200 billion during the past decade redeveloping the country’s infrastructure to host the World Cup. Alongside building brand-new stadiums and entire municipalities, Qatar has also been buying sports assets, including the high-profile takeover of PSG, a stake in Portugal’s SC Braga and the development of sports-focused beIN Media Group.

The American Glazer family that owns Manchester United is looking for an investor and might be prepared to sell up, while the owners of fellow English Premier League giant Liverpool FC are also weighing a sale.

Tottenham, which has developed a state of the art new stadium with a capacity of over 60,000, was valued at just under 2 billion euros (1.8 billion pounds), according to Football Benchmark, an industry data provider and consultant. Rival Chelsea FC sold for £2.5 billion last year to a US consortium.

Manchester United shares have been on a strong run since last July when they were trading at only $10.41. They closed yesterday at $23.11, giving the equity a market capitalization of around $3.8 billion, according to Bloomberg data.

It is unclear whether QSI have held deal talks with other EPL clubs, and any potential bid is currently at an early stage. CBS Sports first reported the meeting between QSI and Tottenham.

In 2019 QSI discussed taking a stake in Leeds United when the Yorkshire-based team was playing in the second tier. Two of the Premier League’s biggest teams, Manchester United and Liverpool FC are going through processes that might lead to stake or outright sales.

The Premier League already has two clubs with Middle Eastern owners, with Manchester City owned by Abu Dhabi-based City Football Group and Newcastle United recently acquired by a consortium backed by Saudi Arabia’s wealth fund, who are also building out their sporting assets.

“There’s been a growing interest in English Premier League clubs considering the sale of minority stakes,” says Adam Sommerfeld, managing partner at Certus Capital Partners. “The clubs have watched Manchester United and Liverpool begin processes and are now reacting by leaving themselves open to talks with investors.”

The trend of multi-club ownership is gaining momentum, with around 200 teams owned by football groups that own or have investments in more than one team. City Football Group now owns 10 clubs outright, including Manchester City. Consumer drinks brand Red Bull back a group that includes Salzburg and Leipzig, and Miami-based 777 is expanding its footprint with clubs including Genoa, Red Star Paris and Hertha Berlin. John Textor’s Eagle Football Holdings owns stakes in Botafogo, Olympique Lyonnais, Crystal Palace and RWD Molenbeek.

UEFA rules currently prohibit individuals or legal entities from having control or influence in more than one club entering into one of their European competitions, like the European Champions League. However, Red Bull Salzburg and RB Leipzig were allowed to meet each other in UEFA’s Europa League in 2018 after they showed there was clear separation between the two teams, despite both being part of the Red Bull group.

(Updated with shares in 10th paragraph, context in final paragraph.)